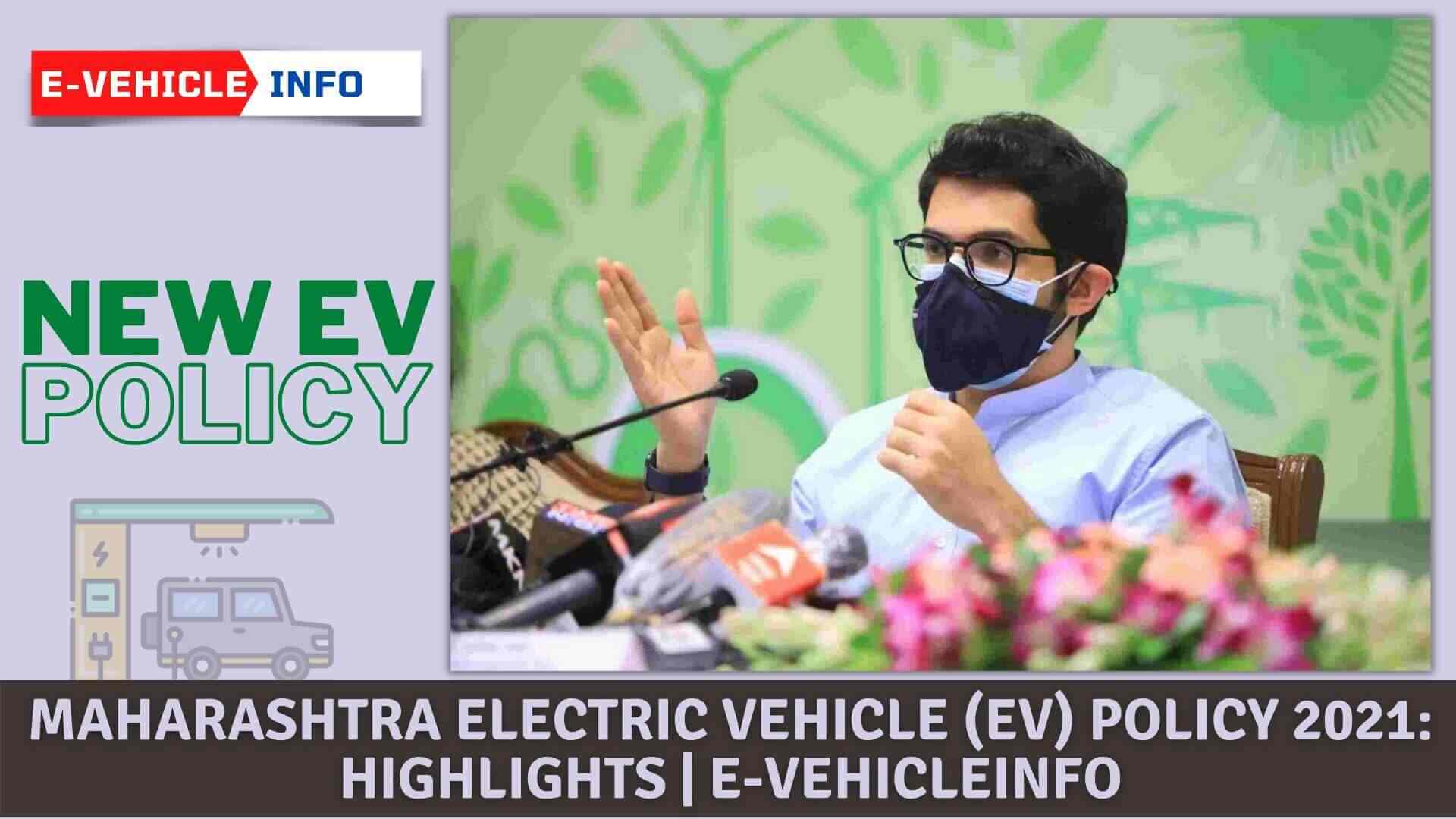 Under the newly revised Maharashtra EV policy, owners of electric vehicles will not have to pay road tax and registration fees. It is now mandatory to reserve parking spaces for electric vehicles in residential and commercial areas as well as in government offices. There will now be at least one manufacturing facility producing advanced lithium-ion batteries. 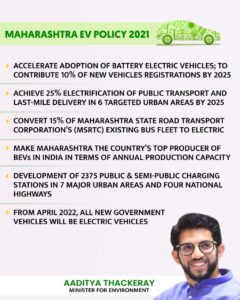 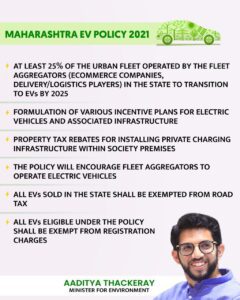 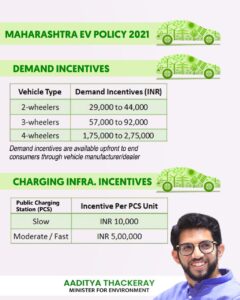 It also includes setting up 1,500 charging stations in the Mumbai Metropolitan Region, 500 in Pune,150 in Nagpur,100 in Nashik, 75 in Aurangabad, 30 in Amaravati, and 20 in Solapur by 2025 Also the state has planned to achieve 25 percent electrification in public transports in Mumbai, Aurangabad, Pune, Nagpur and Nashik by 2025.

The Maharashtra government introduces a subsidiary for the first 100,000 Electric two-wheelers buyers people who are eligible for the subsidiary will get RS 5,000 incentive-based on per KWh of battery but it comes with the limit and the max amount will be given is RS10,000.

The Cars and SUVs will also be provided with the RS 5,000 per KWh battery but it’s only available for the battery capacity of 30KWh which makes the incentive of a total RS1.5 Lakh which also come early incentive of RS 1Lakh available till 31 December 2021 with scrappage incentive of RS 25,000 with no incentive for assured buyback and battery warranty.