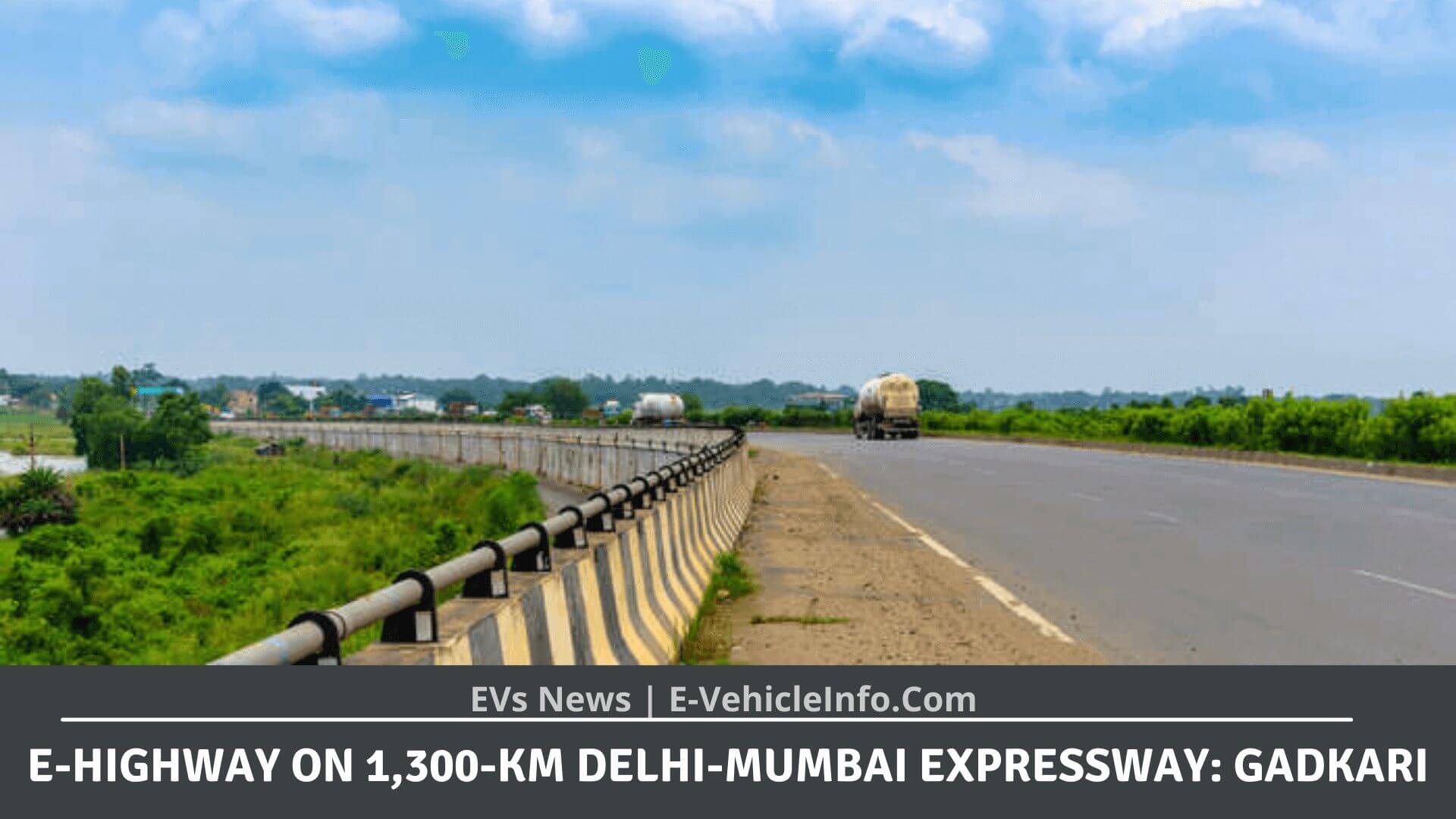 Here is a big update is coming related to the electric highways going to be built in India.

Actually, it is being told that Delhi-Jaipur Highway can become India’s first electric highway, a separate electric lane will be added here. If there is no disturbance or delay in this work, it will be ready by 2022.

“An electric highway is considered an energy-efficient option to reduce carbon footprint. Reports have it that the government is rolling out pilot projects to build electric highways in India and that its first stretch will likely be completed by mid-2022” Source

You must have seen somewhere that Nitin Gadkari in his interview has talked about building such electric highways. Because if we start taking this kind of insurance, then the fuel bills of 8 lakh crores that come every year will be decremented, as well as the air pollution that is created every year, it will also be successful in releasing it to a great extent.

Last year, Union Minister Nitin Gadkari said that he is constantly trying to make an electric highway, especially in the Delhi Mumbai Expressway.

In March 2021, during the Question Hour of the Lok Sabha, the Union Minister said that only our bus or truck can comfortably run at a speed of 120 km / h using the electric highway. This will reduce our logistics cost by 70%.

“We are trying to build an Electric highway on the 1,300-km highway between Delhi and Mumbai,” he added.

Actually, the government wants that the stretch way of Delhi-Jaipur should be electrified first that how it is working in this section.

In Delhi-Mumbai highway which is Delhi-Jaipur highway with a total length of 200km, electrification will be done and a separate lane will be prepared so that whoever is our truck-bus or electric vehicle, their battery is comfortably charged and here The vehicle with PR carbo has been forced on it.

NHAI (National Highways Authority of India) has said that this work is still in the initial stage because the company we will talk with, whose technology we will use, was to be done in April and everything got delayed due to Covid Pandemic and For this reason, it has now been postponed.

Which Countries’ Company will give us Technology

Where has this Technology come