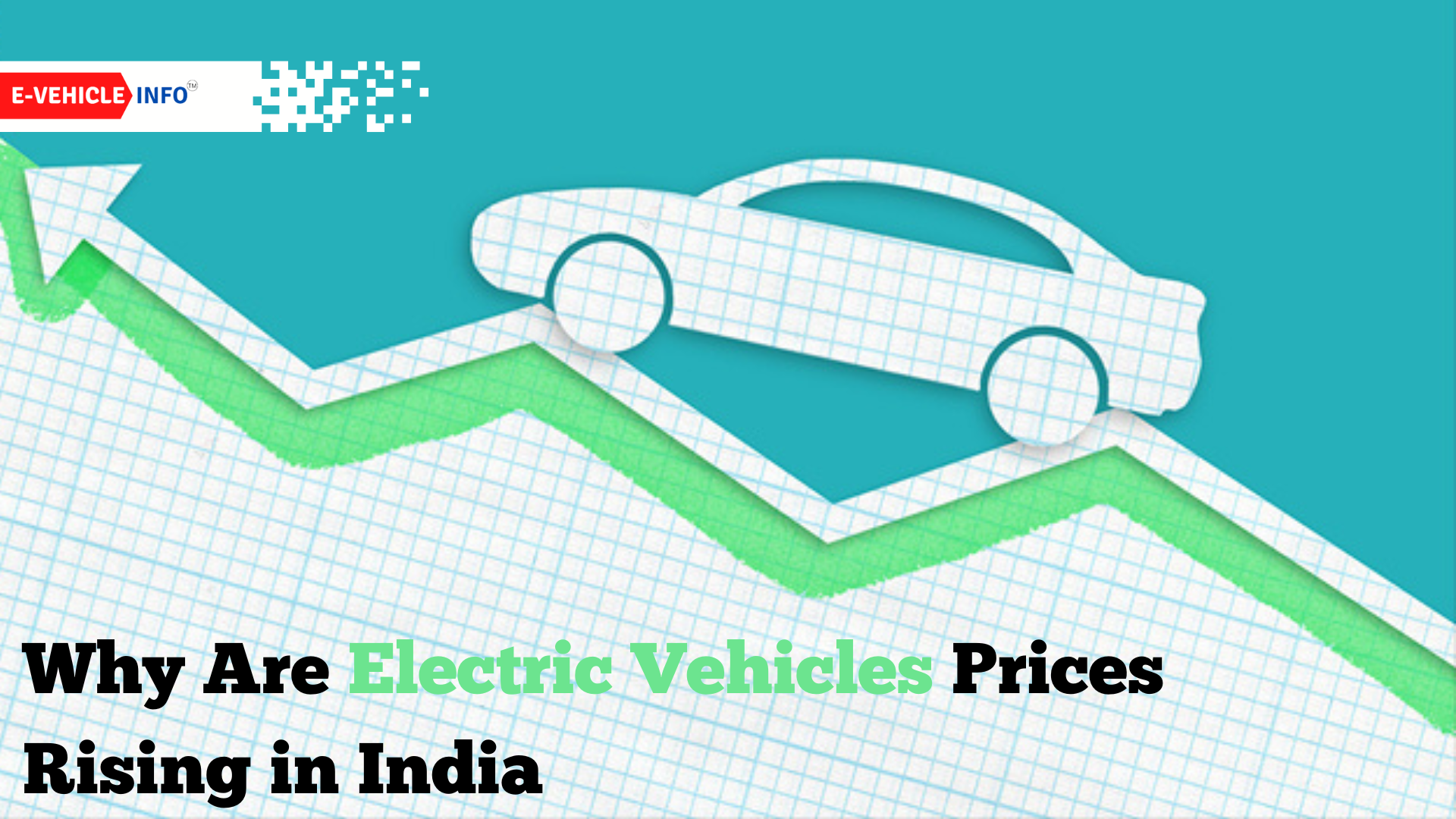 We have seen a rise in the prices of electric vehicles of companies like Tork Kratos, Okinawa, Hero Electric Mobility, and Revolt RV 400.

Several factors can contribute to the rising price of electric vehicles (EVs). We have tried to list some of the reasons below.

Lithium also called white gold has seen rocketing prices over the year this has impacted the prices of Lithium-ion batteries which in turn makes the electric vehicle expensive. According to the BNEF report, the prices of lithium-ion battery prices have risen to $151/kWh since 2010. This rise was witnessed due to rising inflation, and higher raw and battery material costs. This is being implemented in many electric vehicles for example Tesla’s Model 3 saw a price surge of 23% from $38,190 in 2019 to $46,990 in 2021. In India, the prices of Tork Kratos have also increased.

The idea behind government incentives is to encourage the adoption of EVs by giving tax credits or rebates. These incentives reduce the price of EVs for consumers. In recent times, some foreign automobile makers are also seen taking advantage of the FAME II scheme which leads to people adopting these brands over Indian brands for example Okinawa. Not just this but various Indian brand companies have witnessed an expiration in their subsidy amount. For example, the subsidy on Revolt RV300 has expired, and Hero Electric Mobility has lost its subsidy on all of its 16 models, Ather energy.

We have various factories and manufacturing units being set up by big electric vehicles across the world but in comparison to ICE vehicle factories they are very less and this makes the EVs expensive. There are only a limited number of EV factories worldwide, and many are operating at capacity. This can lead to shortages and higher prices for EVs. Not just this but the production cost of batteries is also increased due to the limited place of manufacturing.

As the demand for EVs increases, it can put pressure on manufacturers to produce more vehicles, which can drive up the price. According to the Global Electric vehicle outlook report 2022, the sales of electric vehicles doubled in 2022  with 2 million electric cars sold in the first quarter of 2022 worldwide.

Overall, it’s important to note that the price of EVs can vary significantly depending on several factors, including the model, the manufacturer, and the location where it is being purchased. However, we should be mindful of the fact that the price of electric vehicles is set to rise.

In the future, if the prices continue to rise then COVID-19 can also play an important role in contributing to the hike. As the cases in China have hiked this could affect the semi-conductor market which will contribute directly to the price rise.