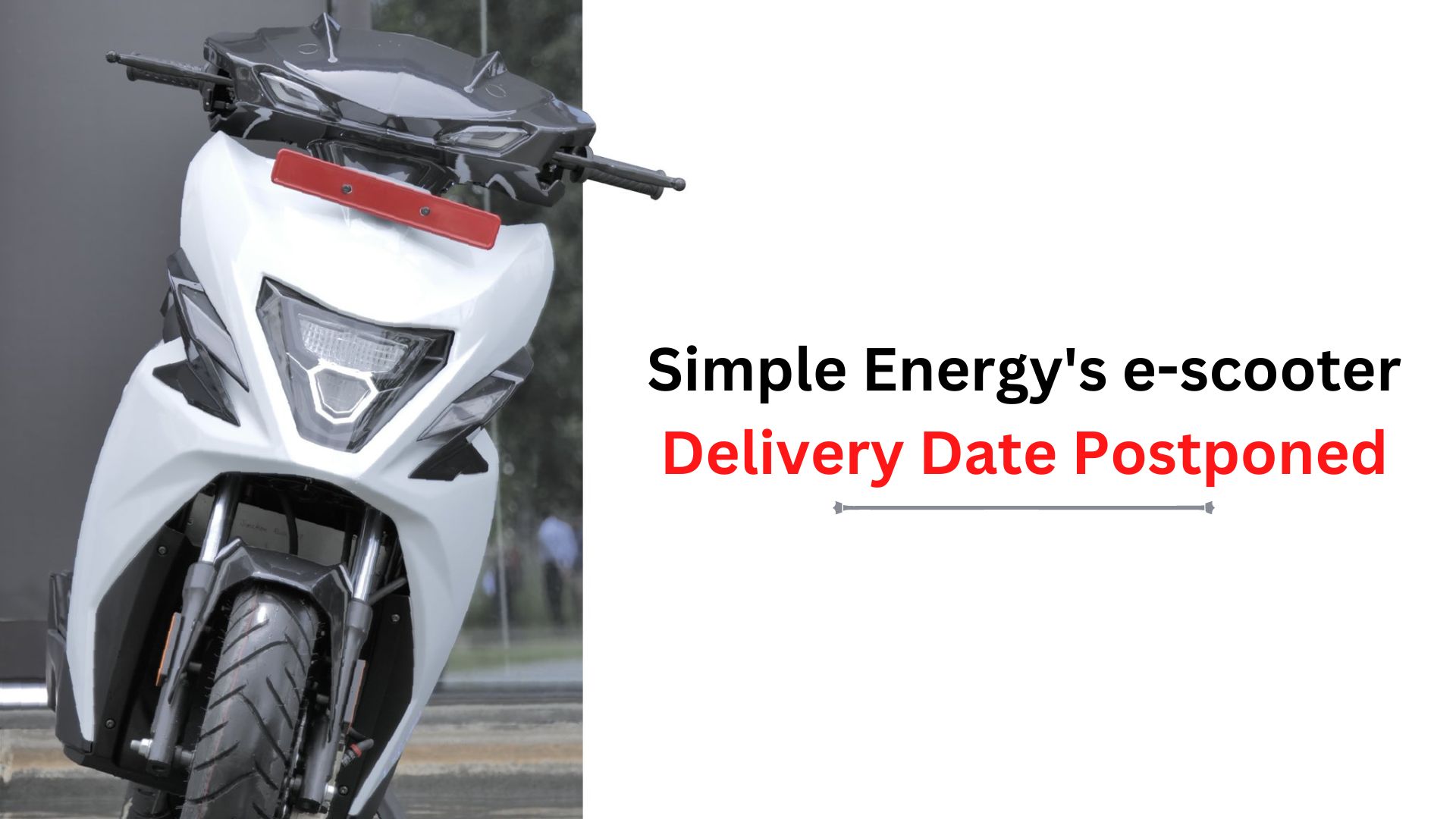 We all have pinned our hopes on Simple Energy yet again. However, it seems that they are in no mood to stand up for their customer satisfaction. This is the third time in a row that they have delayed their deliveries. Initially reported that deliveries were delayed from December 2021 to June 2022 and subsequently from June to September after its official grand launch on August 15, 2021.

Well, let’s get to the core of this delay and find out what the company has to say about it.

Simple Energy, a Bengaluru-based company, was established in August 2019. Simple Mark 2, the company’s first electric scooter, is expected to have a range of 240 km in eco mode and a top speed of 100 kmph in sports mode, according to recent launch information. It will have three riding modes: Eco, Normal, and Sports, with Eco mode’s top speed being 30–40 kmph and Sports mode’s being 100 kmph. It is speedier than other scooters, going from 0 to 50 kilometers per hour in 3.6 seconds.

Simple Energy declares that Q1 of FY2023 will mark the start of deliveries. New battery safety recommendations have been released by the Ministry of Road Transport and Highways (MoRTH).

According to the company, this delay will give them time to make sure that its ONE electric scooter complies with the new safety requirements. The corporation stated “Keeping in mind the safety standards and the recent incidents in the EV industry, Simple had taken a conscious call of deferring the deliveries of the ONE” and that the delay in May of this year was due to safety concerns. The electric scooter was priced at a range between 1-1.10lakhs including the state subsidy.

This time, the company states that the reason for the delay was the government’s new battery safety recommendations which delayed the process to January 2023. The electric scooter was priced at a range between 1.10-1.45lakhs including the state subsidy.

The ONE’s battery setup consists of a fixed and a removable component, and its total capacity is a sizeable 4.8kWh, according to claims. In Eco mode, this is touted to give it a real-world range of 203 km. A motor with a claimed peak output of 8.5kW (continuous output is 4.5kW) and 72Nm of torque powers the e-scooter.

The delays in the delivery will incarcerate a negative image of the company and they might have to do something extra in the future to gain the customer’s trust back.

However, let’s hope that the company fulfills the promise this time, and not just this but it remains to be seen if the company can maintain its original promised price after all this time.