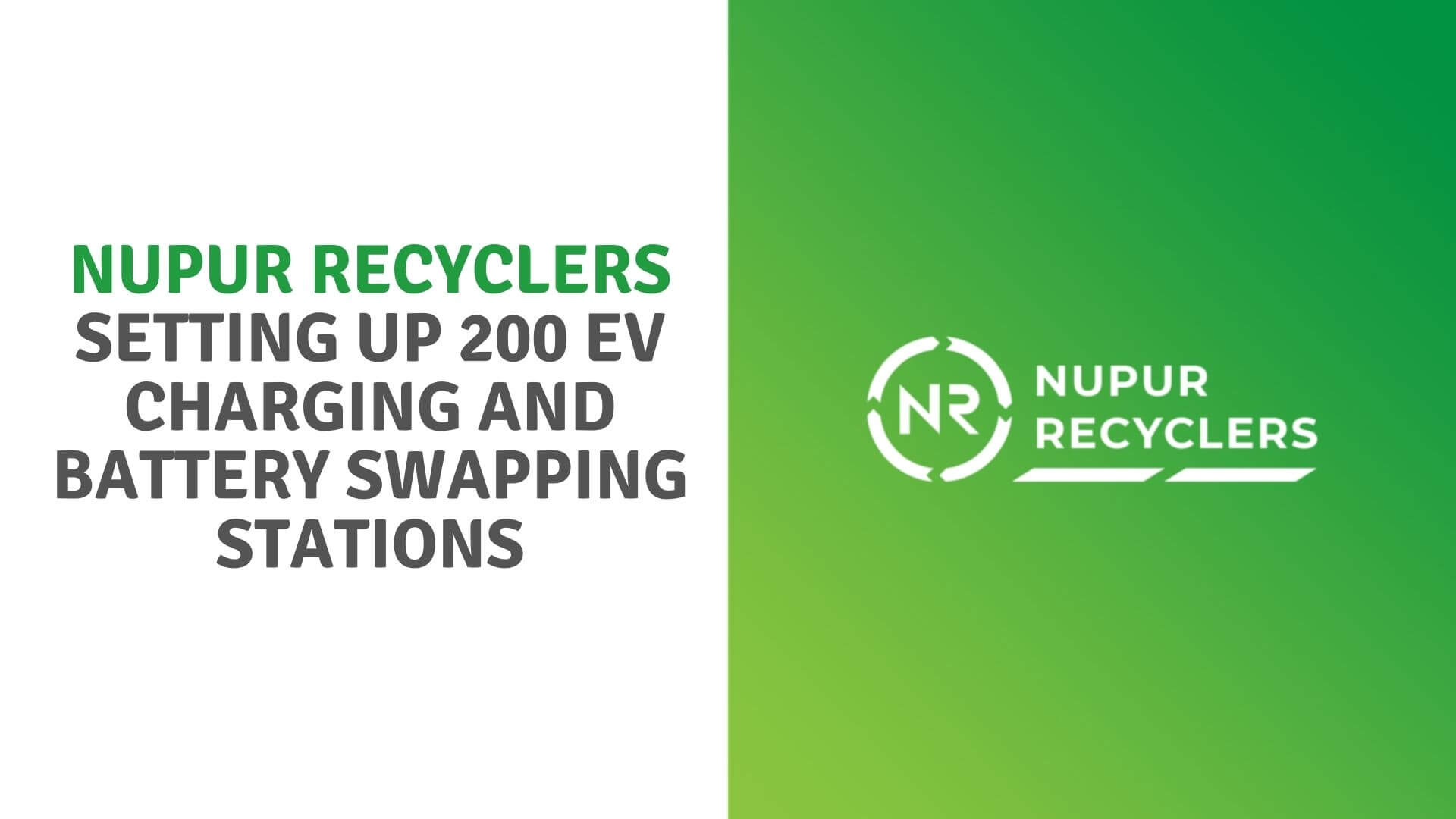 Nupur Recyclers said on Monday that, in collaboration with EVI Technologies, it wants to establish approximately 200 charging points and numerous battery swapping stations in the domestic EV arena.

The business claimed in a release that the installation of these widespread charging outlets has already begun in Dwarka, South West Delhi, and would soon be spread to other regions in Delhi-NCR.

By the end of the current fiscal year, the business hopes to have installed charging stations as well as battery switching facilities in additional major cities. The Nupur Recyclers said that it will provide battery swap and charging services for electric 2-wheelers, 3-wheelers, and electric rickshaws.

According to a corporate announcement, these services will be available to all players that use the connection standard 2000 AC/DC charging stations, which include a combination of 3-socket, 1-socket, and Type2.

Although EV charging station has decelerated in the latest years, a flourishing environment demands both EV volumes and the necessary infrastructure, according to the report, which also noted that with the entry of both traditional legacy firms and new startups, EV acceptance has already seen a significant increase.

Nupur Recyclers aspires to be a significant enabler in this arena, and it said that adequate charging infrastructure will only speed up acceptance.