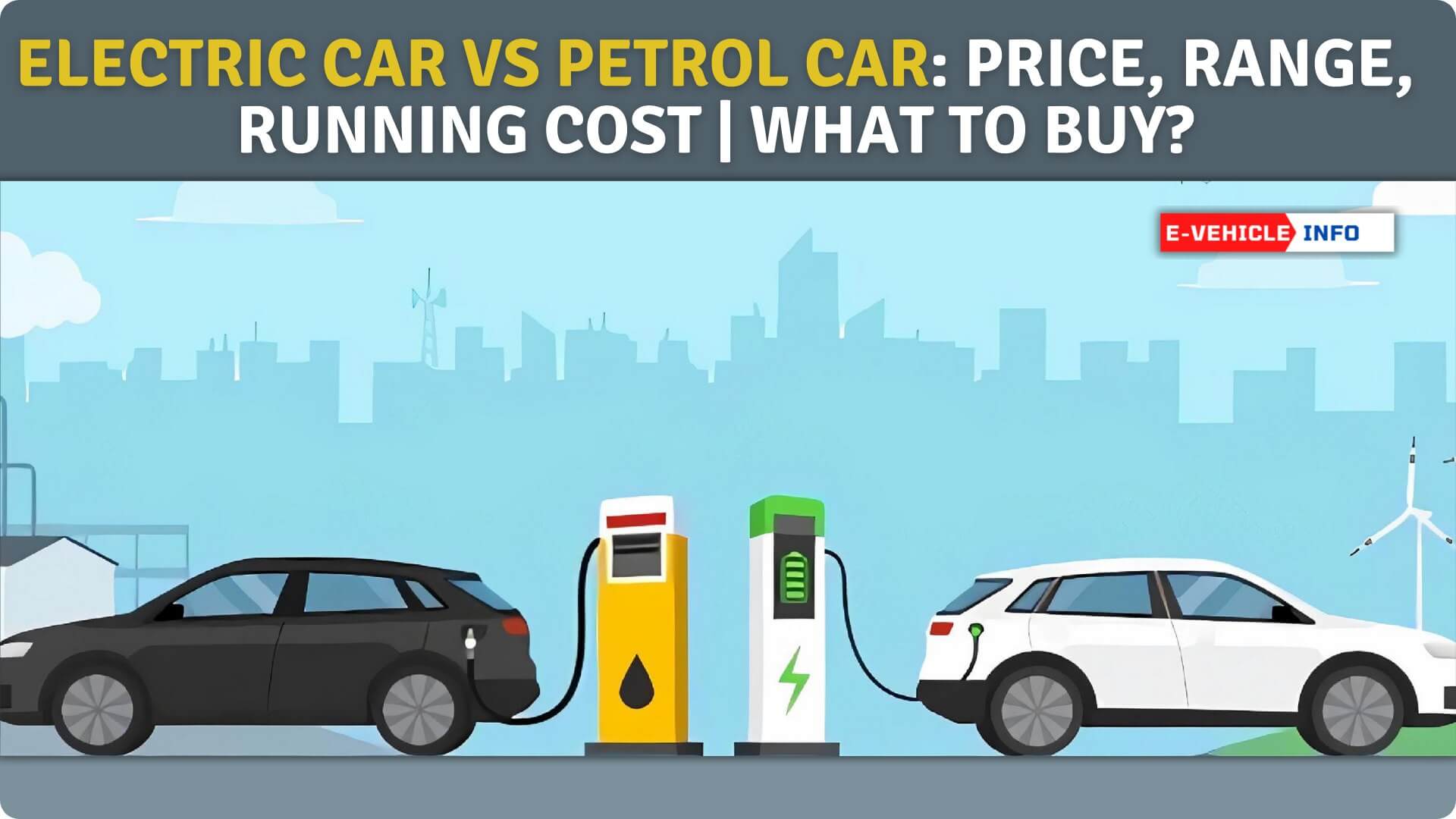 Sometimes there may be questions in buying a petrol car but buying an electric car instead of a petrol car is a confusing question? So let me help you with this, whether to buy an electric car or a petrol car. Here is a comparison between Electric Car Vs Petrol Car by comparing their Price, Range, Running Cost, Maintenance and Services.

Now the first thing that will come to your mind is what is the difference between an electric car and a petrol car? So here is the definition of electric car Vs petrol car.

What is Petrol Car/ ICE Car

A normal car or petrol car works on an ICE engine, which is an internal combustion engine. This engine combusts petrol which undergoes a certain chemical reaction. Now this reaction produces gas. The gas released from the silencer is CO2 gas and it is very harmful to the environment.

What is Electric Car

As discussed in the above paragraph, it is clear that petrol car is far more harmful than the electric car in terms of environmental pollution for the coming generation.

Electric vehicles run on electricity and can be generated from renewable energy.  So if we keep in mind the environmental safety then an electric car is a great option instead of a petrol car. Also, it is a boon for the Automotive industry.

Firstly because of the batteries used in it and their other innovative functional properties. You must have seen that there is a petrol car in every other house, but an electric car is rarely seen nowadays because its cost is very high. But if you want to invest in an electric car, you can, because The cost of an electric car is almost going to be similar to the petrol car.

The upfront cost of an electric car is higher than that of a fuel car, but if we consider the running cost of EVs and their environmental benefits, EVs are becoming almost more affordable than their Upfront cost.

Now talking about the model/variant of both an electric car and petrol car, it is clear that petrol car has more number of models and variants. As the electric car is a new invention of recent years, it is not as popular and famous as the ICE car. That’s why there are very few models and very few Manufactures that make electric cars.

Rarely will an EV require servicing of tires and window panels and nothing more. The batteries in them last a long time like around 3-7 years before they need to be replaced.

In the case of a petrol car, you need to maintain it frequently which also becomes a big issue in terms of price. Because servicing and maintenance of fuel cars are very expensive.

Read More: How to Maintain an Electric Car?

It is a fact that the upfront cost of an electric car is high because the batteries used in an electric car are very expensive. But the Indian government has put in a lot of effort to promote Indian EV startups by providing incentives and subsidies. And soon all the equipment used to make the EV will be a manufacturer in India and the price of an electric car will be as cheap as a petrol car.

So from all the terms, it is clear that, in India, buying an electric car can be a bit difficult but if you buy an electric car over a petrol car then it will definitely be beneficial for you and the environment in the coming future.

Electric vehicles are the future of the automation industry, and all ICE vehicles are about to be replaced by EVs by 2050.