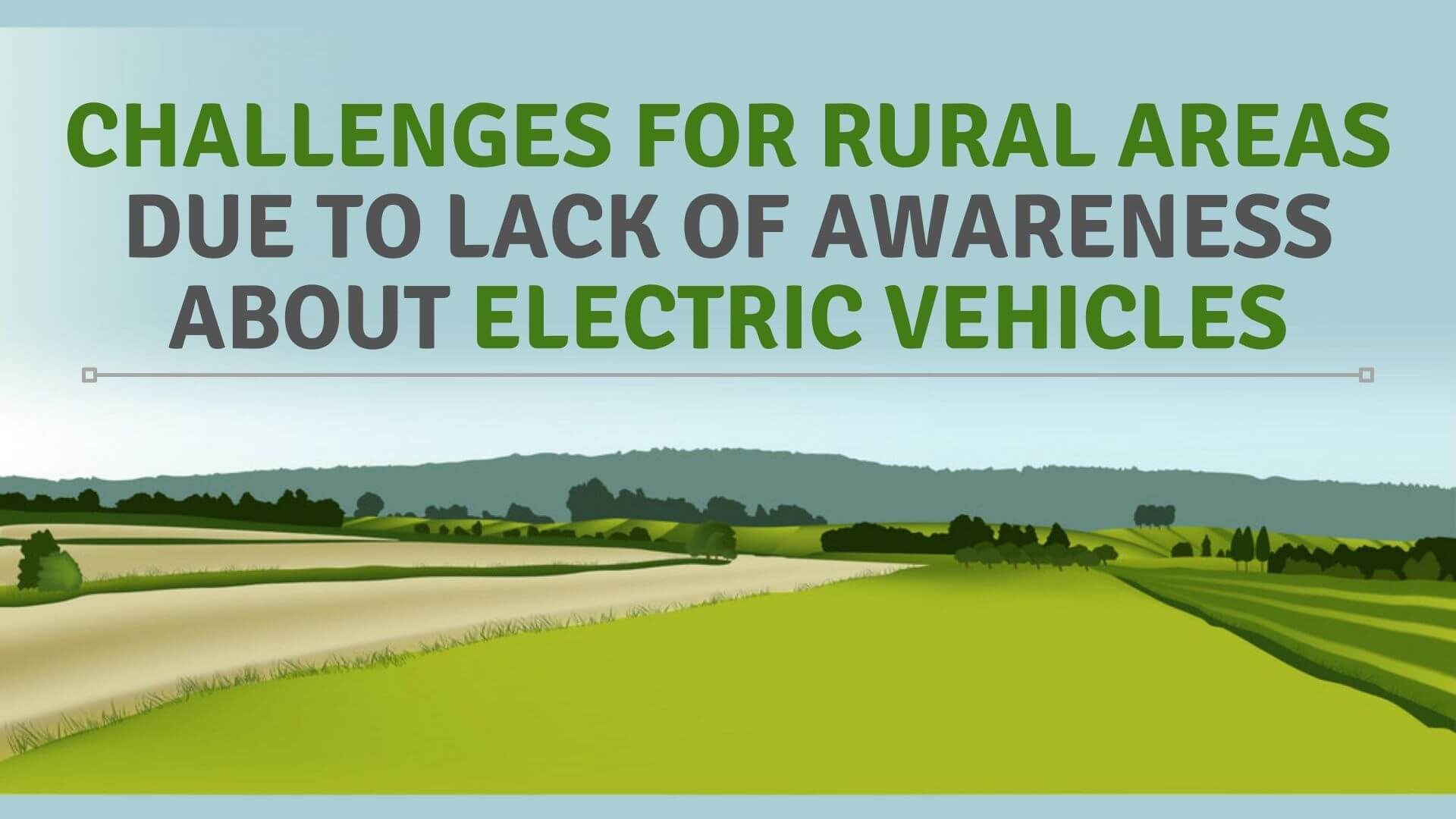 I am Prashanta Kumar Founder of Voltron Electric Cycle, belonging to a small village named Prayagbari in Bihar, which is 25 km from the nearest city Muzzafarpur. Growing up I have seen the challenges being faced by one and all in commuting between villages to the nearest cities or in commuting from one village to another.

The story is the same for almost all villages in India. even, Today there are two buses which ply to from my village to the city, one in the morning and one in the evening.

It’s an arduous task commuting from the rural areas to the city which includes waiting for the bus, boarding it with the hush and push of the crowd, paying INR 50 for a one-way trip, and the same process to be repeated when coming back in the evening.

Besides this is the challenge of taking a conveyance for moving around in the city to accomplish the task of procuring things for which the trip has been undertaken. Needless to say that the entire process needs to be planned for it takes an entire day and a single person ends up spending about INR 150 to INR 200 merely on commuting.

The situation remains the same for most of the villages even today despite the massive push on last-mile connectivity. There has been a tremendous development in the e mobility segment including electric rickshaws and swanky bikes and electric cycles most of which have been targeted towards the urban and semi-urban population both in terms of price and features.

However, they have not been able to bring any solace to the area where the heart of India resides even today, the villages. Since to the man standing at the end of the queue electric mobility is a distant desire on account of both affordability and awareness.

My experience with the Voltron Electric Cycle over the last year has been an eye-opener for me. The cycle was conceived to bridge the chasm which existed in the segment in terms of a limited range of between 25 to 40 KM, the construction of these cycles which spelled a male chauvinistic mindset ( since it was not convenient for women to ride them ), the fact that these cycles were meant for only one person to ride them ( since they had a maximum load-carrying capacity of 85 Kg ) and were priced exorbitantly. 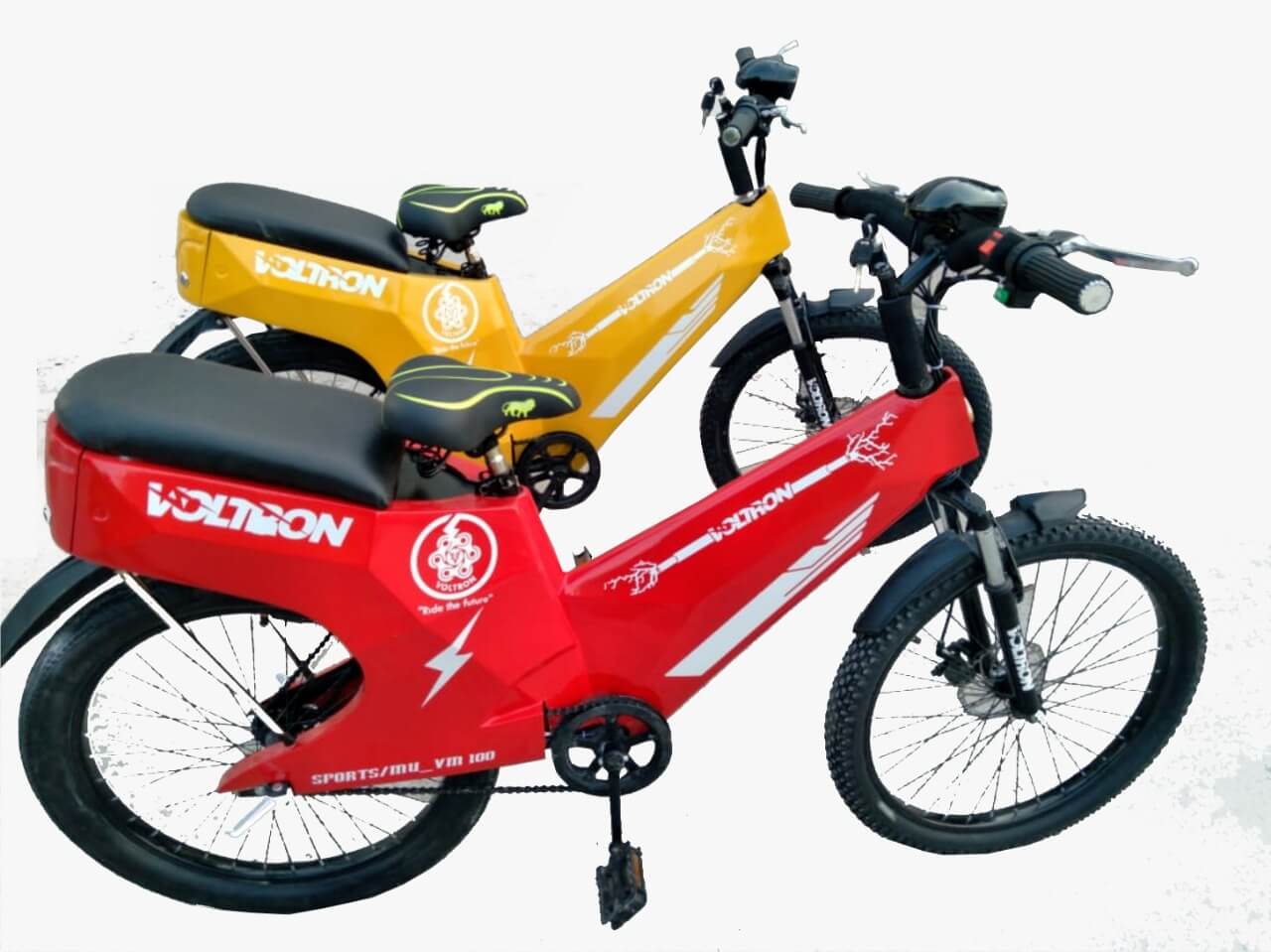 In overcoming these roadblocks was the genesis of the Voltron Electric Cycle ( which was conceived as a cross over between a cycle and a scooter) with a range of 75 to 100 km on a single charge at the cost of a meager INR 4.00, has a provision for pillion riding ( with a total load carrying capacity of 140 Kg ), has been designed in such a way that both women, men, and children can ride it with ease, it has been equipped with a headlight, horn, brake light, hazard light, and e brake cut-off.

No wonder it is getting traction and is being accepted by all the urban, semi-urban, and rural areas. The fact that we have users from the most interior areas Bhrampuri in Chandrapur Dist in Maharashtra, Sherghati, in Gaya in Bihar, villages in Nalanda, to name a few and have dealerships starting in Bettia in Bihar and Itarsi in Madhya Pradesh where the demand has been nothing short of mind-blowing, to name a  few.

What has even been more delightful is the fact that the Voltron Electric Cycle has become a cycle for the whole family since it is used by the entire family, father, the mother, and the children in whichever family it becomes a part of being it urban or rural area.

What is more heartening though is the fact that the Voltron Electric Cycle is becoming a vehicle of social empowerment for the rural area especially among women and girls since it is being used by them increasing for going around with friends, for commuting to school, for going for tuition, for going to the market or the mandi.

How the Government is Working Towards the Adoption of Electric Mobility

There is no denying that both the central and state governments have been proactive in their efforts to give an impetus to the adoption of Electric Vehicles in India, be it the FAME II subsidy or the additional subsidy being announced by various state governments.

However, the fact that these subsidies are given only to two-wheel electric vehicles having a motor rated above 250 watts and a speed criterion of more than 40 Km/hr.

This automatically rations out the electric cycles, from the ambit of the subsidy. Not to mention that all-electric vehicles with the rating which makes them eligible for FAME II subsidy are priced beyond the reach of the common man, the man standing at the rear of the economic pyramid.

However, from what we have experienced and learned in our journey with Voltron, is that close to 60% of the population in rural areas wants to adopt this vehicle of social change but is looking at a price range between 20,000 to 25,000 coupled with a finance facility.

Towards this, the government can ensure mass adoption by announcing a subsidy of 10,000 to 15,000 on electric cycles having a range of over 70 km and which have a weight-bearing capacity of 140 kg ( so that two people can ride on it ) and which are unisex, and to provide people in rural areas provision for finance through Gramin Banks like has been done in case of Kisan Credit Cards.

Such an initiative would certainly bring about a sea change in the rural hinterland where there is hunger and need for independent mobility and will usher into an era of social evolution. This I believe is the need of the hour and can go a long way in social engineering.

Such a policy intervention would bring about a sea change in the rural ecosystem both in terms of empowerment and creating massive awareness about eco-friendly technology and practice. Not to undermine the massive savings in terms of a drastic reduction in the import of crude as this chance fosters the empowerment of the man standing near the bottom of the economic ladder.