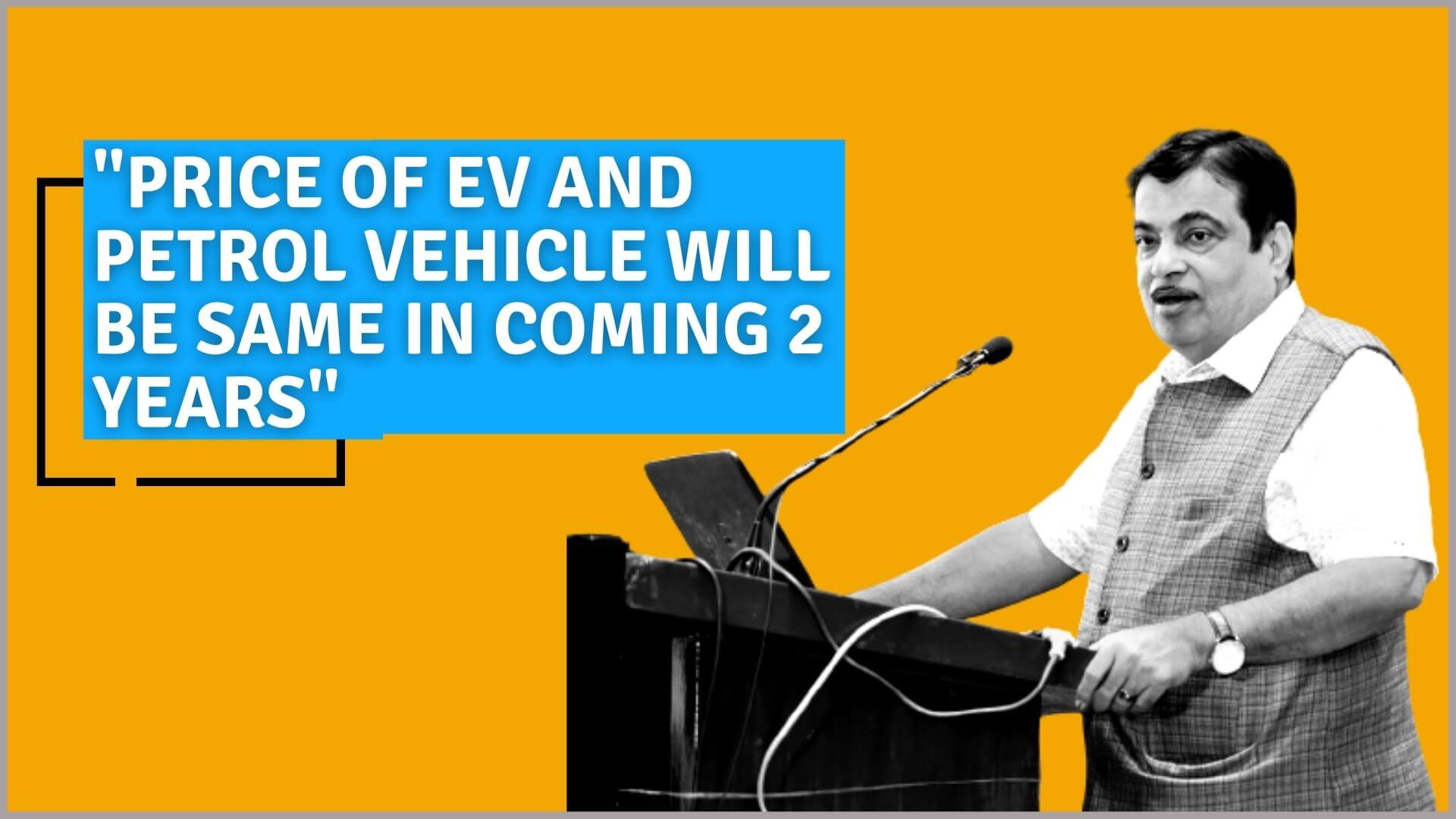 Even though the Indian government and state governments try to encourage people to buy electric cars, the EV market appears to be a relatively small part of the country’s overall automobile sector.

Nitin Gadkari ( Minister for Road Transport & Highways in the Government of India) spoke during the Indian Chamber of Commerce’s annual session and FY21 AGM, which was streamed online.

“Within two years, the cost of EVs will come down to a level that will be at par with their petrol variants”, he stated, adding that the government is trying to expand EV charging stations.

He further added,” We are setting up 600 EV charging points across major highways by 2023. The government also wants to ensure that the charging stations are powered by renewable sources like solar or wind electricity.”

Gadkari claims that India is on the verge of an EV revolution, with 250 startups working on low-cost EV technology development.

In addition, major manufacturers have entered the battle to reduce the cost of producing electric vehicles. Electric vehicles are subject to 5% GST, and the price of lithium-ion batteries is also declining.