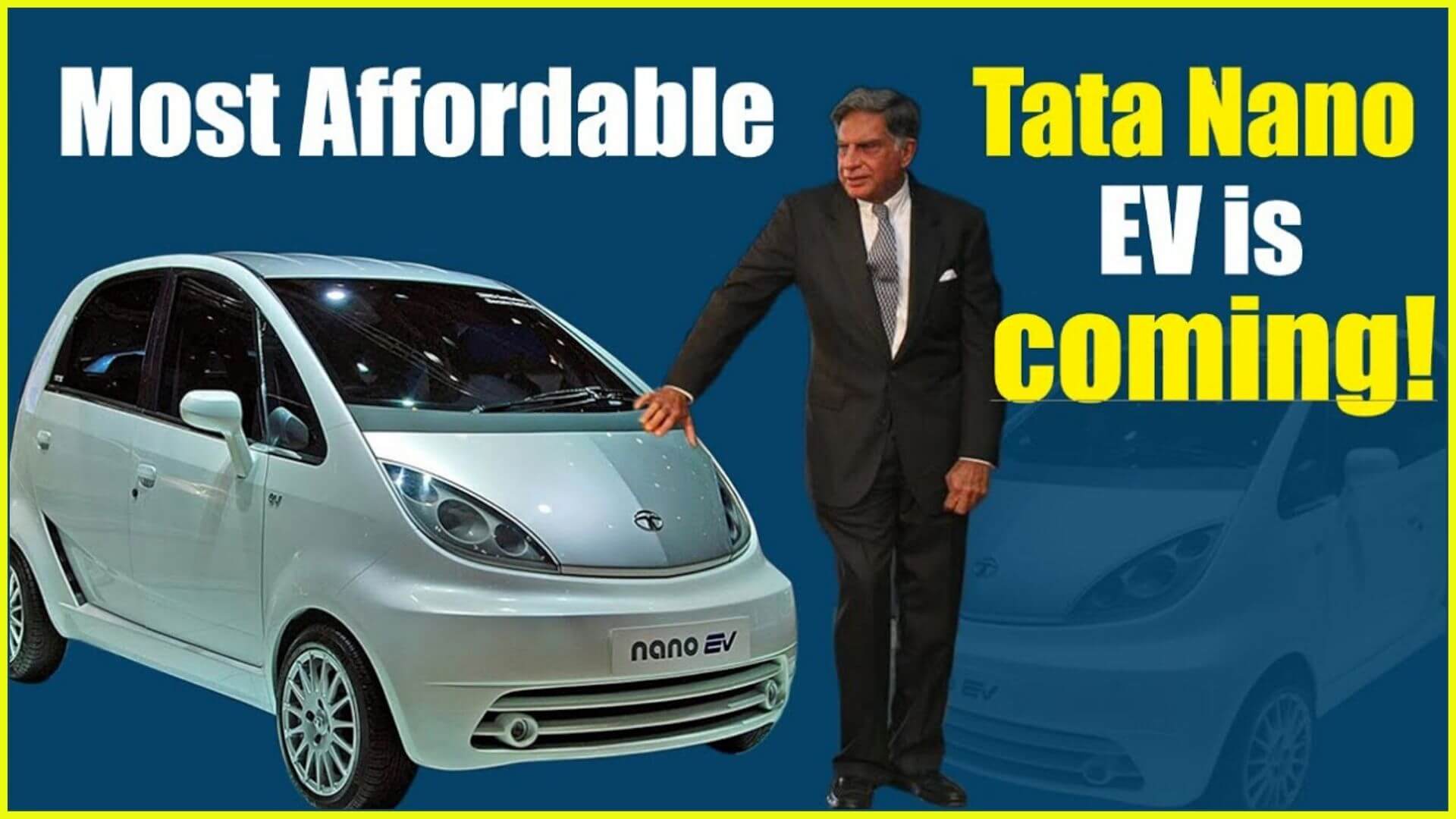 In fact, in recent days, a picture is becoming fiercely viral on social media, in which Ratan Tata, the former chairman of Tata Motors, is seen with a new and updated version of the Tata Nano EV. It is being said that this is the new electric model of tata nano which can be launched in the EV market soon. With its launch, it will disrupt the Indian EV 4W market, with its price.

Know why Tata Nano was discontinued?

There was a time when tata nano used to be the cheapest car available in India and the market dominated it but later some time it could not live up to its expectations due to which tata motors stopped its production.

But in recent times, when Ratan Tata was seen with the new model of Nano, since then it is being speculated that Tata can now come into the market with the new electric version of Nano. The car with which Ratan Tata is seen has been gifted to him by a company.

Which company has gifted this Tata Nano Electric Car? The car that Ratan Tata is seen with has been gifted to him by a company named Electra EV. Ratan Tata himself is the founder of this company. This company is a manufacturer of the powertrain of an electric vehicle. When Ratan Tata was gifted this electric car, he liked it so much that he could not stop himself from riding it.

The company has given this new modal of nano the form of an electric car, the information of which was given by the company itself on LinkedIn.

It is believed that the company will keep its price low as before so that it is affordable for people to buy an electric car. Although its official price has not been told yet, still it is being speculated that its price in India can be around 4 to 6 lakhs.

If the company launches the Nano EV at this price, then it will be the cheapest electric car under 10 lakhs in India.

So far the company’s target is to launch 10 tata nano by 2025. So it is being estimated that by 2025 Nano will come into the Indian market. However, seeing the increasing demand for Electric cars in the market, the company can try to prepare it even earlier. But so far it is being speculated that the company can bring it to the market by 2025.