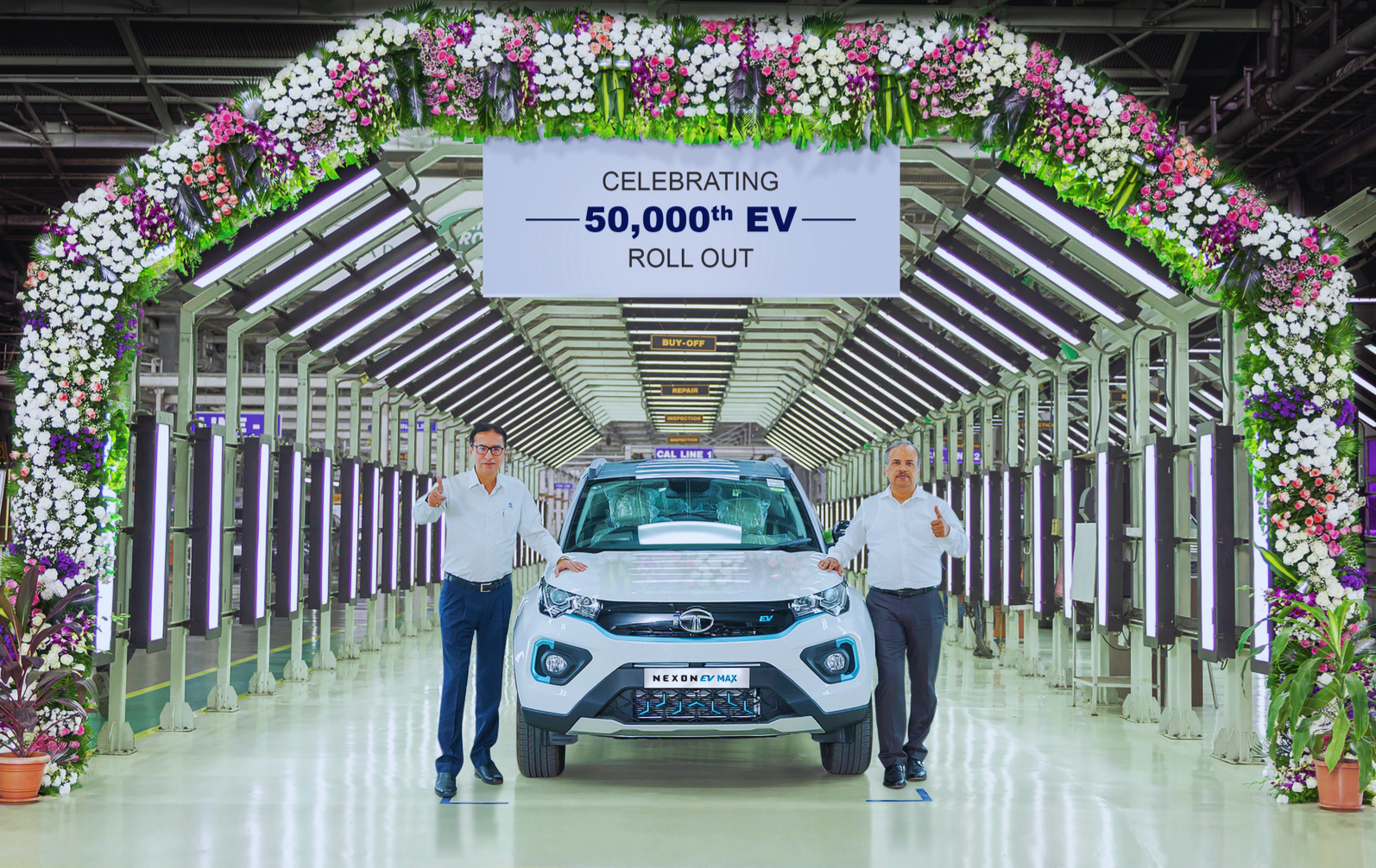 The business announced this announcement on Twitter, one of its social media accounts. The company tweeted that it has finished producing 50,000 electric vehicles. This post is a significant update for all EV lovers and owners because it has a favorable impact on the trajectory of e-mobility progress.

Tata Motors released its domestic and global sales figures for October 2022, announcing a 15% year-over-year increase. In comparison to 67,829 units sold during the same period the previous year, the business sold 78,335 automobiles in October 2022.

With just two EV models, the Nexon EV and Tigor EV, Tata Motors owns a lion’s share of 88% of the market for electric vehicles.

Due to their pricing points, both vehicles serve a specialized market, and EVs are already viewed as pricey in India. The Tiago EV, which has a starting price of Rs. 8.49 lakh, is now the cheapest electric vehicle available in India, according to Tata (introductory and ex-showroom). The Tata Nexon came in at number five on the list in terms of sales, while the Tata Punch came in at number eight. Maruti Suzuki held the top four spots, and Tata Motors was notable for being the second OEM on the list.

This benchmark of producing 50,000 EVs by Tata Motors EV brings a new wave of mobility for electric vehicle consumers to India. Although due to the nascent market and newness of the technology and the limited availability of charging stations, EV adoption has been gradual in India. However, we can all anticipate that trusted brands like Tata will make the bridge of EVs stronger in India. Lastly, the company’s tweet ended with a positive note “ A vision, that’s now a reality. A strong testament that India is ready to #EvolveToElectric.” this gives affirmation and positive remarks on people.