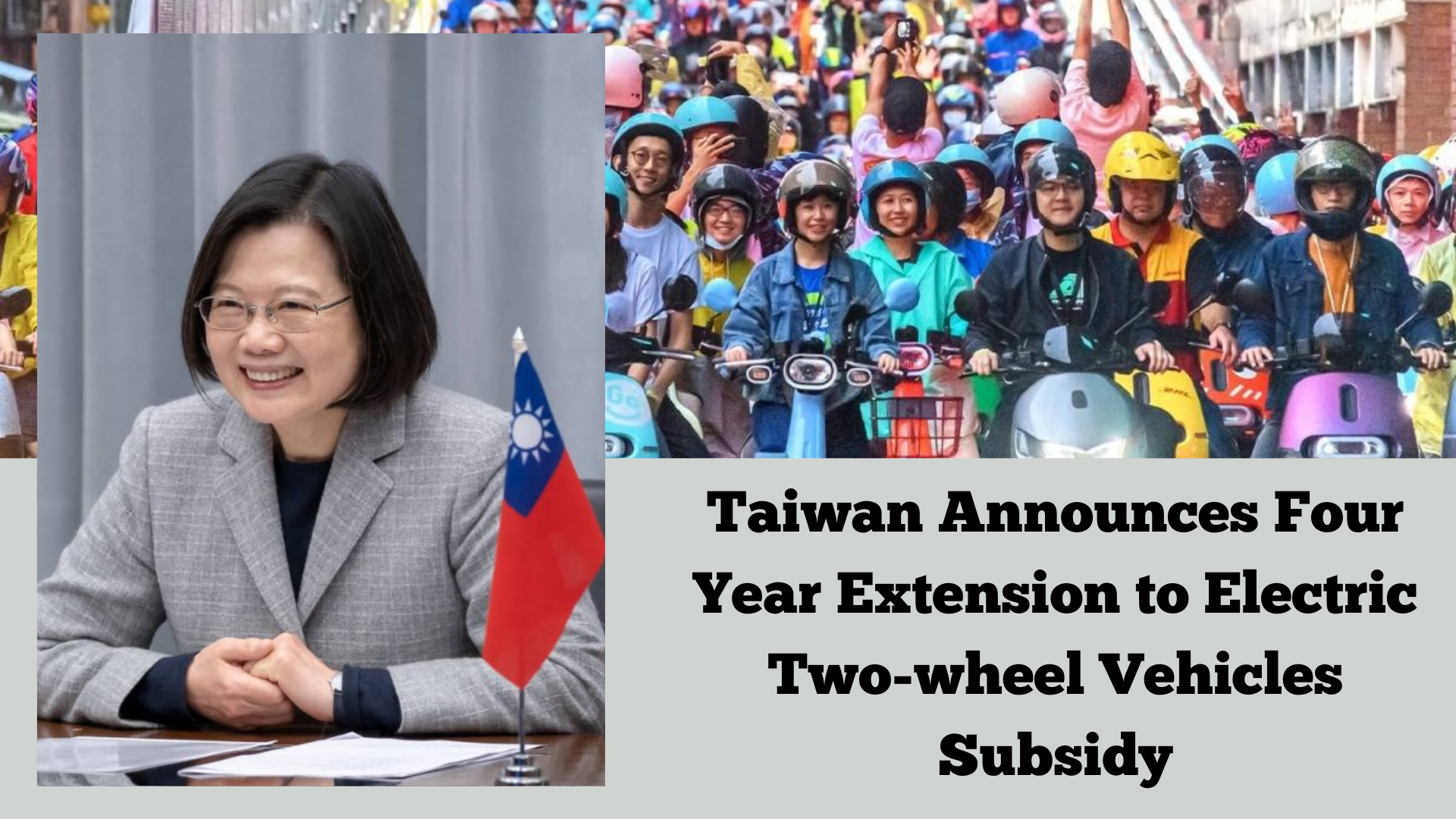 In an effort to achieve the nation’s 2050 net-zero targets, the Taiwanese government’s plans to subsidise electric scooters will last for an additional 4 years until 2026. By extending the subsidy by an additional four years, it hopes to increase the resources available for infrastructure and the incentives that would excel Taiwan’s electric vehicle business.

Mei Hua Wang, the minister of economic affairs, announced the extension of the subsidy, which comes after the federal government’s announcement on December 9 that it had approved a new phase of its “Electric Scooter Industry Environmental Value-Added Subsidy Program,” where in $191.5 million will be invested in funds from 2023 to 2026 to promote three significant projects. They intend to increase the number of electric vehicle charging stations, energy management systems, and electric vehicle supply chains for that purpose.

Taiwan has mandated that all new passenger vehicles be electric by 2040 for the same reason and is aiming to encourage the general population to use electrical two-wheeler vehicles.

Many citizens are also excited by the government’s subsidy extension plan because both upgrading to electric scooters from older models and buying brand new scooters are available as an option. An additional incentive is also available to Taiwanese citizens who either buy a new electric scooter or replace their existing ones.

The subsidies cover roughly half of the scooters’ retail pricing in refunds for consumers, tax breaks for producers of electric scooters, funding for research and development, marketing initiatives, and charging infrastructure. The price of electric scooters was comparably lower to those powered by gasoline thanks to all of these subsidies.

The citizens gain from this subsidy since they are given free use of public charging stations as well as tax exemptions. This was done to keep the costs of electric scooters down so that everyone can afford them as well as to promote both their production and consumption.

The Taiwanese Government took this action in accordance with national policy to promote the production and purchase of electric vehicles as well as the replacement of old scooters with new electric ones. The Taiwanese government is persistently dedicated to switching to an electric two-wheeler transportation system.

Additionally, a lot of businesses have expressed their support for the Taiwanese government’s decision to continue offering subsidies for electric two-wheeler vehicles for another four years because it promotes urban mobility options that are sustainable and makes access to EVs simpler for consumers.