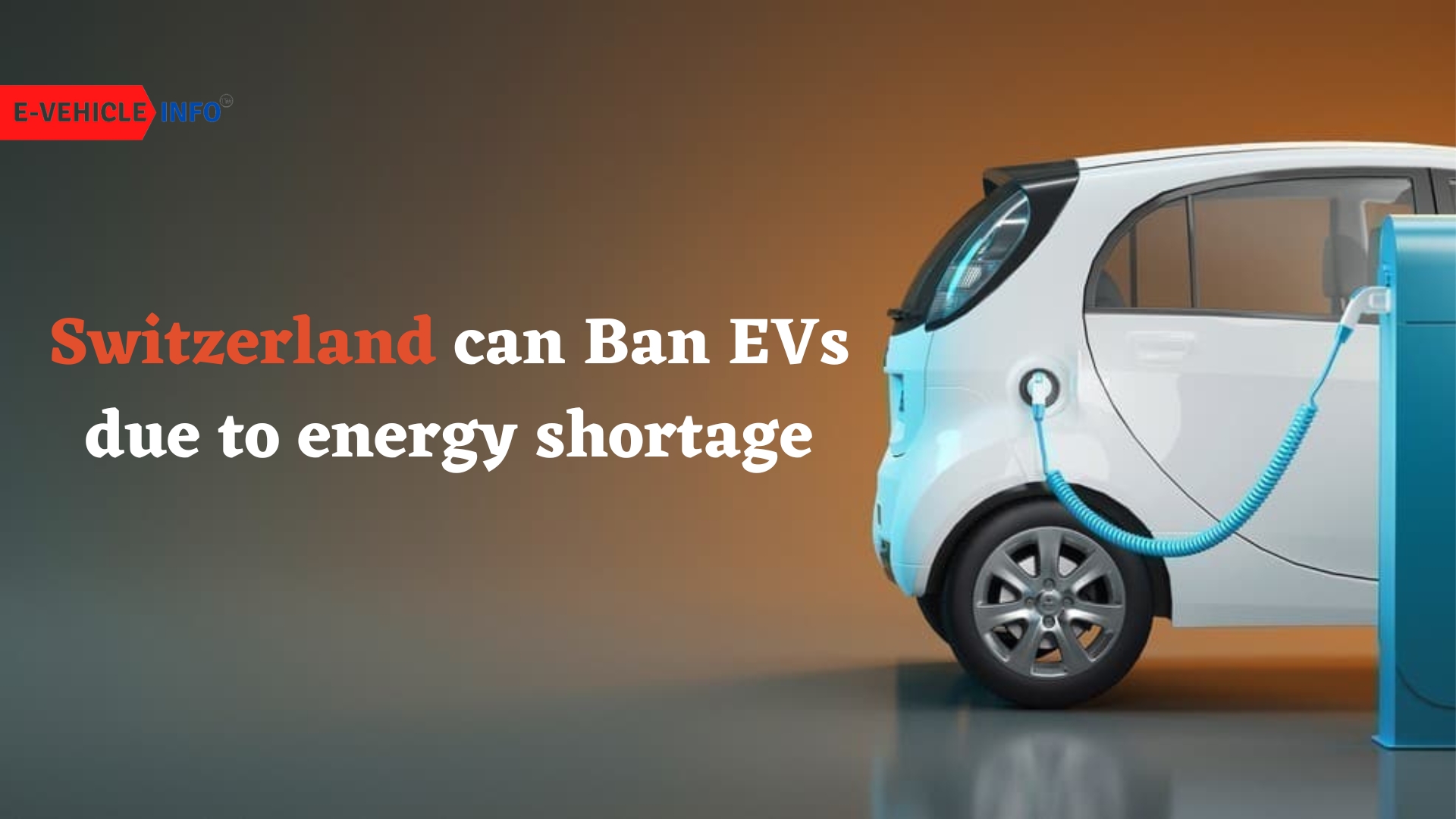 Switzerland may ban or outright restrict the usage of electric cars to avoid power outages and blackouts this winter. It might be crucial to take this action in order to ensure and maintain energy security.

The nation may see power outages because there may not be enough electricity to meet demand. They have started preparing for an energy crisis. The usage of electric vehicles for non-essential travel will be limited if there is an energy deficit.

The majority of Switzerland’s electricity is produced by hydroelectric and other renewable energy facilities. Much of what the nation can generate in excess is exported. Using these, the nation exports excess electricity in the summer and imports fossil fuel-produced electricity during the winter.

Switzerland anticipates a shortfall of electricity as imports become more difficult due to the scarcity of fossil fuels brought on by the ongoing conflict between Russia and Ukraine.

Switzerland generally buys all of its electricity from France and Germany to meet its needs, but this year there is a shortage of supplies from its neighbors as well.

If conditions deteriorate this winter, they have devised emergency proposals that limit the use of electricity. They have developed a number of plans to address the anticipated electricity deficit, including a reduction in building heating, and the prohibition and restriction of even the usage of electric vehicles for non-essential activities. Limits will be enforced in accordance with the severity of the shortfall, with the planned restrictions being phased in over stages.

The nation’s emergency plan is broken down into two categories of emergency and crisis, with three and four degrees of restrictions in each plan, respectively. Each level depends on the quantity of energy available and is built to function in emergency situations.

Shops will be requested to cut back on their daily opening hours by up to two hours under the category of “emergency” measures, and electric vehicles will only be allowed for absolutely necessary trips. Only at stage 3 do the restrictions on EVs become effective.

Then, moving up the scale, it will be necessary to turn off commercial ice makers, escalators, and outside Christmas lights. The lighting at nightclubs will have to be turned off, swimming pools will have to close, and bitcoin mining will be prohibited. All entertainment venues will be required to close, and sporting events, concerts, and other live performances will also be prohibited under the strictest regulations.

Implementing interventions that are most suited to the situation crisis is the main goal of the four-step plan. The volatility creates an unexpected and unpredictable situation outcome even when there is enough energy produced annually to keep the lights on.