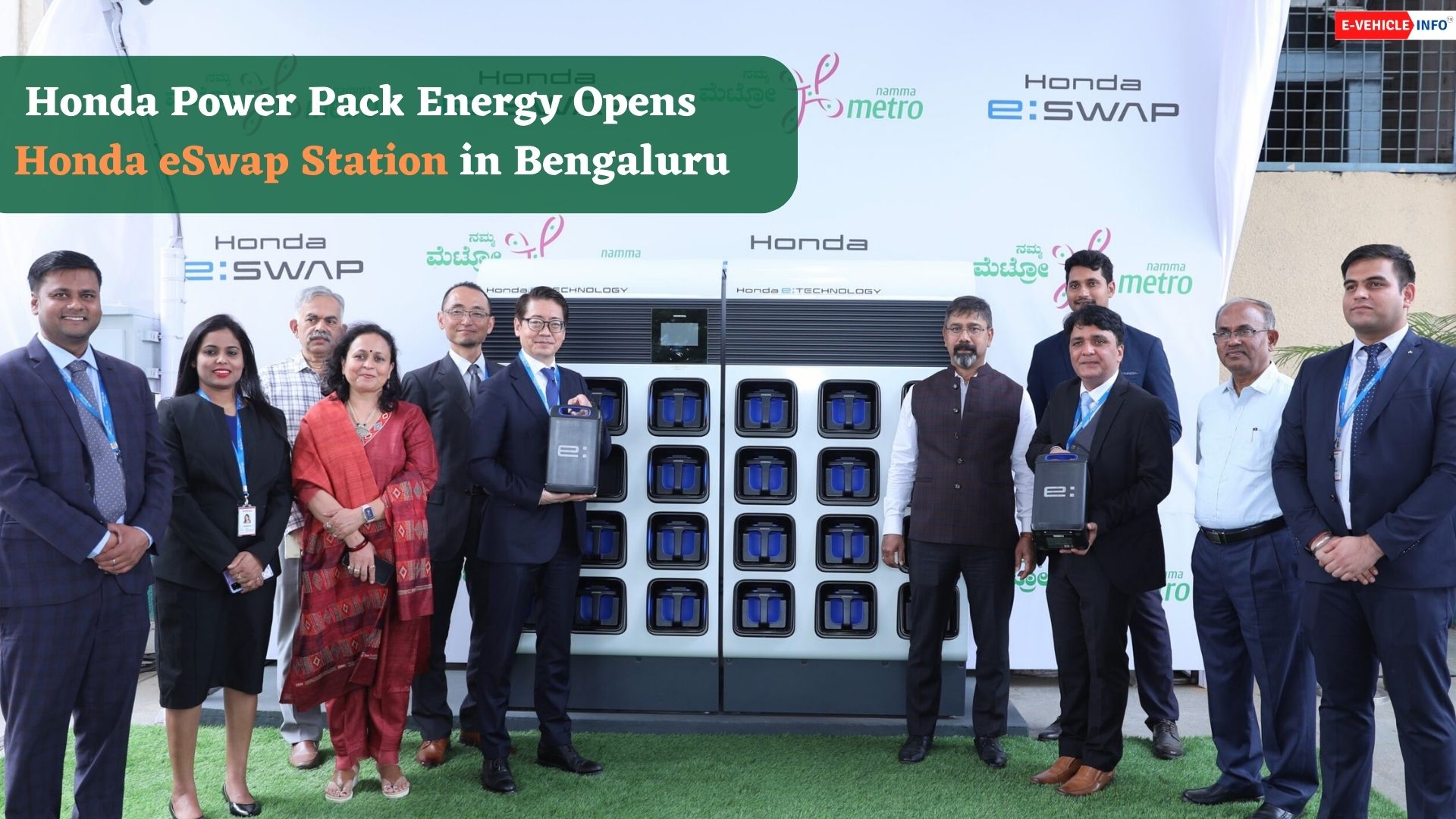 Honda Power Pack Energy India has opened a Honda e: Swap station in order to lower drivers’ initial investment costs for EVs as well as ease their concerns about range anxiety and battery rundown. By July 2023, the company hopes to have more than 70 such stations throughout the city with the aim to transition to e-mobility.

In order to work together on e-mobility projects, HEID and BMRCL signed a memorandum of understanding. By expanding their network of swap stations, they have reaffirmed their shared commitment to e-mobility to one another. Honda e: Swap stations have already been installed and begun operations at five BMRCL stations in Bengaluru: KR Market, National College, Banashankari, Trinity, and Baiyappanahalli. Initially, this service is only accessible for electric Auto Rickshaws that can use a Honda Mobile power pack.

By establishing more than 70 stations in Bengaluru by July 2023, HEID hopes to establish the largest battery-swapping station network. In addition, the service would be gradually extended to other large cities based on the success in Bengaluru.

Its main priorities are threefold: growing the Bengaluru battery swap network, maintaining dependable and reliable service with a highly integrated system monitoring each distinct battery and exchanger, and assisting automakers that are creating EVs using the Honda Mobile Power Pack. All users would enjoy comfort if Honda partnered with Bangalore Metro Rail Corporation Limited to establish the Honda e: Swap station network and would benefit from the convenience of this partnership.

If the necessary infrastructures are provided, people will use eco-friendly mobility services. Bangalore Metro Rail Corporation Limited is pleased to have teamed with Honda Power Pack Energy India Private Limited to provide the State of the Art Honda e: Swap stations at 5 Metro Stations, in accordance with Karnataka Electric Vehicle and Storage Policy 2017, and to promote such setups. Such a charging infrastructure will make it easier for metro commuters to use e-mobility for their first and last-mile connectivity as well as for other e-mobility vehicle users to join forces with them in the effort to make Bangalore greener.

This alliance would help create a cleaner and greener future by accelerating the use of e-mobility in last and last mile connectivity. This action supports and aligns the government’s and the company’s objective to switch to a more environmentally friendly fuel source.

One of the most significant fixes for the problems of conventional EVs is battery swapping. Battery swapping is a notable solution for India’s lack of rapid development of charging infrastructure, in addition to making it more affordable. Battery switching could develop into a sufficient, reasonable, accessible, and dependable alternative if the government continues to support this transition.