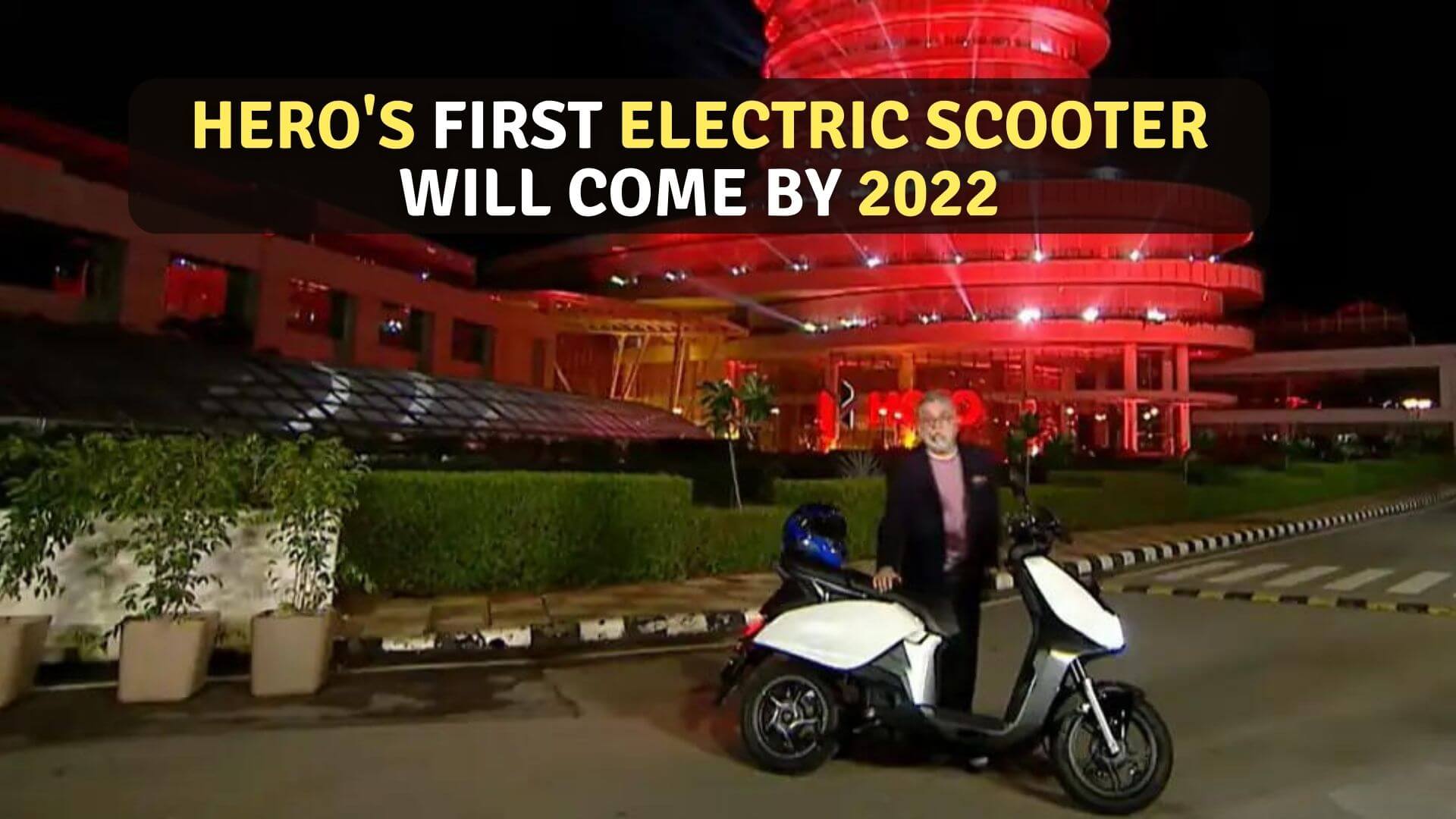 Hero MotoCorp has already revealed its intention to launch electric two-wheelers, but it has not disclosed any product-related information to date. Hero MotoCorp Chairman Pawan Munjal has shared a glimpse of his first electric scooter during the company’s 10th-anniversary celebrations. It is said that it will enter production in India very soon.

On 12 November, The Company Officially Confirms that it will be launching its first battery-powered scooter in the Indian market by March 2022.

The electric scooter seen in the video comes in dual-tone colors of white and black. First impressions, it looks bigger than the electric scooter currently available and feels practical too. The seat has a split design which hints that the scooter comes with a swappable battery.

At the front, we can see disc brakes and an alloy wheel with telescopic suspension.

While it looks like it is equipped with 12-inch tires at the front, the rear one looks to be equipped with a slightly smaller 10-inch tire. As of now, we don’t have any information on battery capacity, range, price, or availability.

In partnership with Gogoro, Hero MotoCorp will bring Gogoro’s advanced battery swapping platform to India. Along with this, the company will also work on a fast-charging network. Other old brands – Bajaj and TVS launched their electric scooters with non-removable batteries.