Here in this Artice, List of the challenges for the government in making India 100% electric, making India a global EV leader by 2030.

As of 2022,  conventional vehicles like Motorbikes, Cars, Buses, Trucks, Auto’s, etc are the dominating sources of Transporation in India.

The emissions from these vehicles are the number one major reason for increasing the level of air pollution in the atmosphere which ultimately affects the living organisms. Not only exhaust emissions, but these vehicles also generate dust through brakes, clutches, etc.

Noise pollution is another factor that contributes as a by-product of noise from engines and horns.

The Government of India is well aware of these situations. They began to come up with policies such as the implementation of a road tax to control further purchases of new emission-generating vehicles.

This move of the Government of India did not yield any result.

Eventually, the Government came up with another concept known as “Green Tax” which meant that during the re-registration of the vehicle after 15 years of use, people pay this additional tax.

This was all done by the government so that people start to abandon the use of polluting vehicles and encourage them for fuel-efficient and less polluting modes of travel. But all this didn’t work as much as expected to control the pollution.

The Indian Government has earlier taken up required measures by coming up through strategies of launching schemes. The “FAME INDIA SCHEME” is an initiative by the government to discourage the usage of fuels like diesel and petrol-powered vehicles.

In 2015 the Ministry of Heavy Industries and Public Enterprises launched FAME for the promotion of environmentally-friendly vehicles. The National Electric Mobility Mission Plan (NEMMP) is the main project of the government which entertains the Fame Scheme inside it.

Electric Vehicles in India- Challenges For the Government

As of 2022, India’s EV sales account for barely 1.3 percent of the total vehicle sales in India during 20-21. This means there lies a massive fleet of challenges for the Government to increase the sales of Electric Vehicles.

Presently, the vast majority of Indians consider fuel-based transportation. These pollute the atmosphere by the emission of greenhouse gasses & causes global warming. Hence there’s an urgent need to investigate factors and challenges.

1. Lack Of Awareness Among Indian Citizens

The biggest challenge for the government in making India 100% electric is the lack of education and awareness about the benefits of electric vehicles.

If we talk about 2022, India solely constitutes 18% in carbon emissions. To beat the crises, nothing can be a better solution than adopting Electric Vehicles (EV) as the primary mode of travel.

Promoting EVs can help in reducing fuel dependence and pollution thus benefiting both the customers and the environment. The education of people has a significantly higher influence over their awareness level on EVs.

2. Doubts and Questions About The Efficiencies of EVs

There is a mass majority of the population who still isn’t aware of the whole concept of EVs itself, however, the main factor is that even those minuscule number of people who are aware of this Industry, hold a belief that these aren’t reliable and it’s batter to stick to the proven petrol/diesel commute.

The government needs to get into the deep roots of the thoughts of the people who have such a point of view and take necessary actions to diminish the problems.

One of such problems frequently people think is Range and their vehicle running out of battery during traveling, so what the government can ensure is to develop such schemes which would promote installations of battery charging points across various petrol pumps, restaurants, offices, universities and Market to solve the range anxiety problem of the potential customers.

The Indian Government has to not only plan with a well-researched strategy for the adoption of electric vehicles among citizens but also needs to execute it to achieve the desired results.

One such step was recently taken by the Chief Minister of New Delhi, Mr. Arvind Kejrival, who stated his intent in one of the conferences that the Food delivery services like Swiggy and Zomato and Fleet Operators like Uber and Ola would be the first ones to switch to EV.

This single action can not only promote general awareness among citizens regarding EV’s but also develop their trust.

4. Electric Two-wheelers Still has a Long Way to Go

The twist is, people who need to travel short distances between point A and point B, for example, less than 5 kilometers, might adapt to EV’s instead of petrol.

The problem is with people who travel long distances, and already own different bikes, because logically these customers would find it difficult to switch to EV’s.

For cars, it is relatively simple to improve the range with increased battery size.

For electric 2Ws though, every increase in kWh may provide an extra 30 km in range, but this yields an increase of 10 kg of weight, leading to an increment of 10% in the total weight of the bike.

So, the government needs to discuss it with prospective electric companies to solve every angle of the problem for potential EV buyers.

To boost the growth of the EV industry in India, more and more support is required from the Indian banks. A solid foundation of bank finance can give the required push to the private companies to generate more EV sales.

As of 2022, banks like SBI and Axis, to name a few, are the ones who provide loans to some super selective models of EV. Therefore, one of the good strategies the government can do is to ask banks to provide the required loan to electric vehicles and the companies to augment the sale in the Indian market.

But, there are still many states which have not yet issued these policies. If these states adopt the implementation of state-level EV policies, it will provide significant growth to the EV industries.

Lack of Charging Ports plays the most crucial role when it comes to making a successful electric vehicle community in a country.

For example, there are much fewer vehicles owned in villages and tribal areas because of the lack of sufficient petrol pumps as compared to the major cities.

Similarly, if the government wants to make people accept the switch to EV’s, they should establish the required charging ports available for them.

As per the current data, only 1300 electric charging ports have been installed in India. Also, several corporate EV players have stepped in and started setting up charging ports across the Country.

India, which is the third-largest automobile market, is mainly dependent on China for the import of different electric parts.

This dependency on electric parts from China would create a serious hole in the electric manufacturing ecosystem and will just increase the trade burden on India for international exports. The government needs to take necessary steps so that India is no longer dependent on other countries for different electric parts.

The world’s largest reserves of Lithium are concentrated in South America with China and America being the two countries having the top two leaders of Lithium reserves.

To achieve the goal of 100% electric vehicle in India, the country needs to ensure that the earth’s rarest mineral, lithium is available to make India self-reliant because as the demand for more batteries increases, we need to get more Requires more lithium reserves.

This will not only accelerate the growth of India’s electricity economy but will also help in tackling the contested reserves between different countries and thus enable India not to depend on other countries.

According to Bloomberg NEF, by 2030 the demand for lithium-ion batteries will be 10 times higher than today. 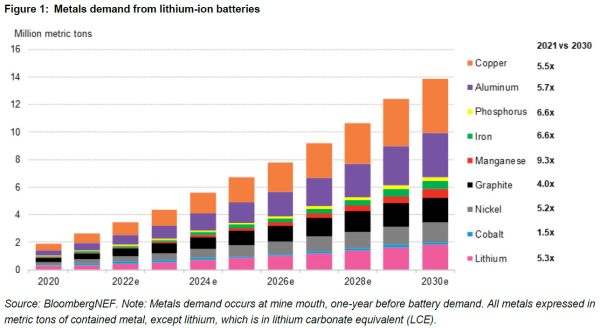 And so the government should release the necessary policies and take steps towards making India a global EV leader.

Above is a list of the challenges for the government in making India 100% electric, making India a global EV leader.