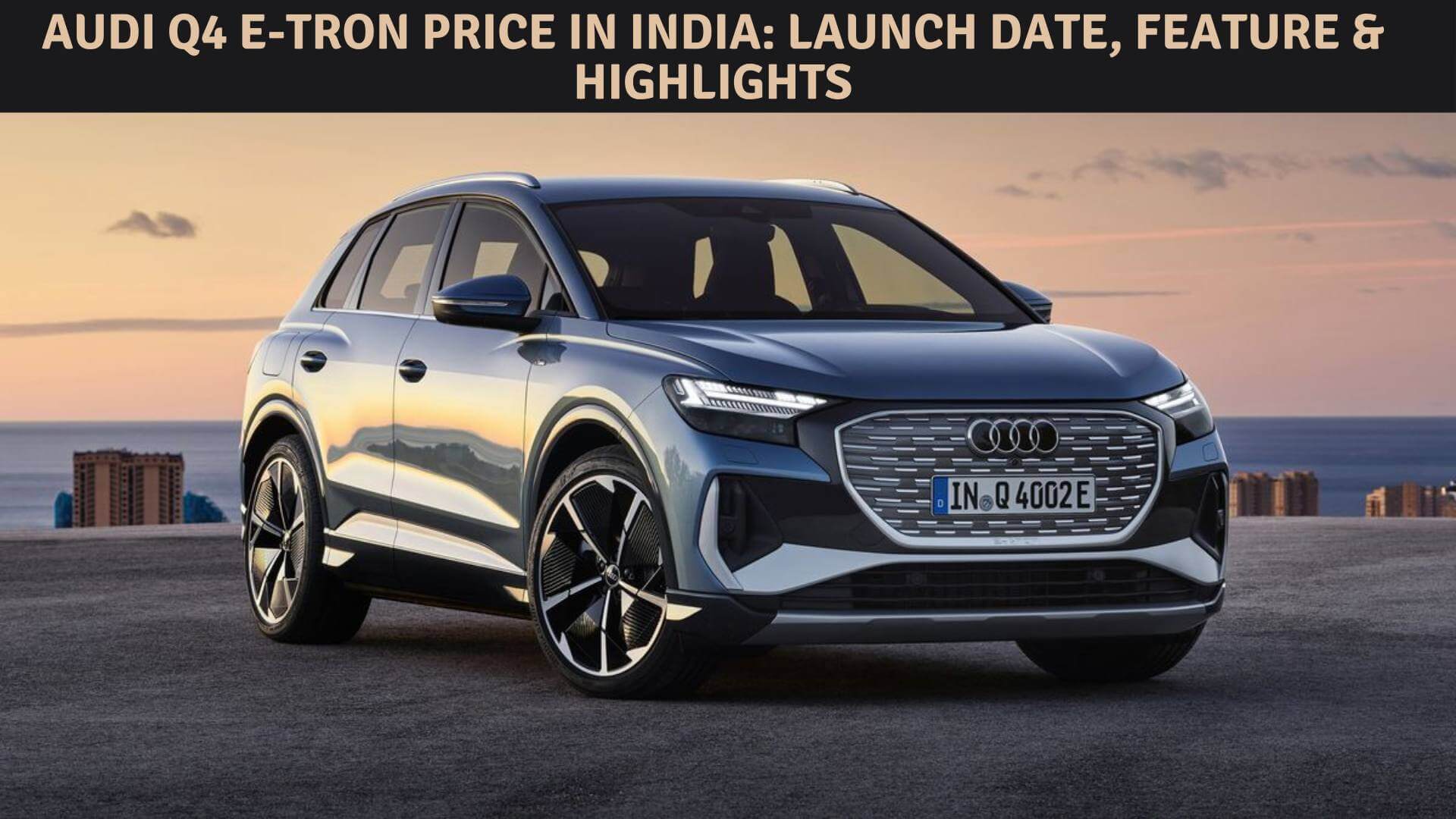 The Audi Q e-Tron comes with three different battery packs and ranges. And each variant has a different Battery capacity.

It is the base variant of the Audi Q4 E-Tron and features a 52 kW lithium-ion battery that can cover a 341 km range (WLTP test cycle).

The Audi Q4 E-Tron comes with three different powertrains. It also has rear-wheel-drive and all-wheel-drive models that generate power instantly.

This is the base performance model that comes with a rear-wheel-drive setup. The electric motor generates peak power of 170HP and 310NM torque. Due to which the acceleration of 0-100 KMPH is available in 9.0 seconds.

The Audi Q4 E-Tron is almost identical to the Audi Q5 and Q3 in appearance. Q4 is a Fully electric luxury car. Q4 E-Tron is also available in the Q4 Sportback Edition. The Sportback version differs slightly from the e-Tron. It comes with an aerodynamic shapely roof from the rear. These models will be launch in India in the price range of 80 lakhs-1 crores by December 2021.