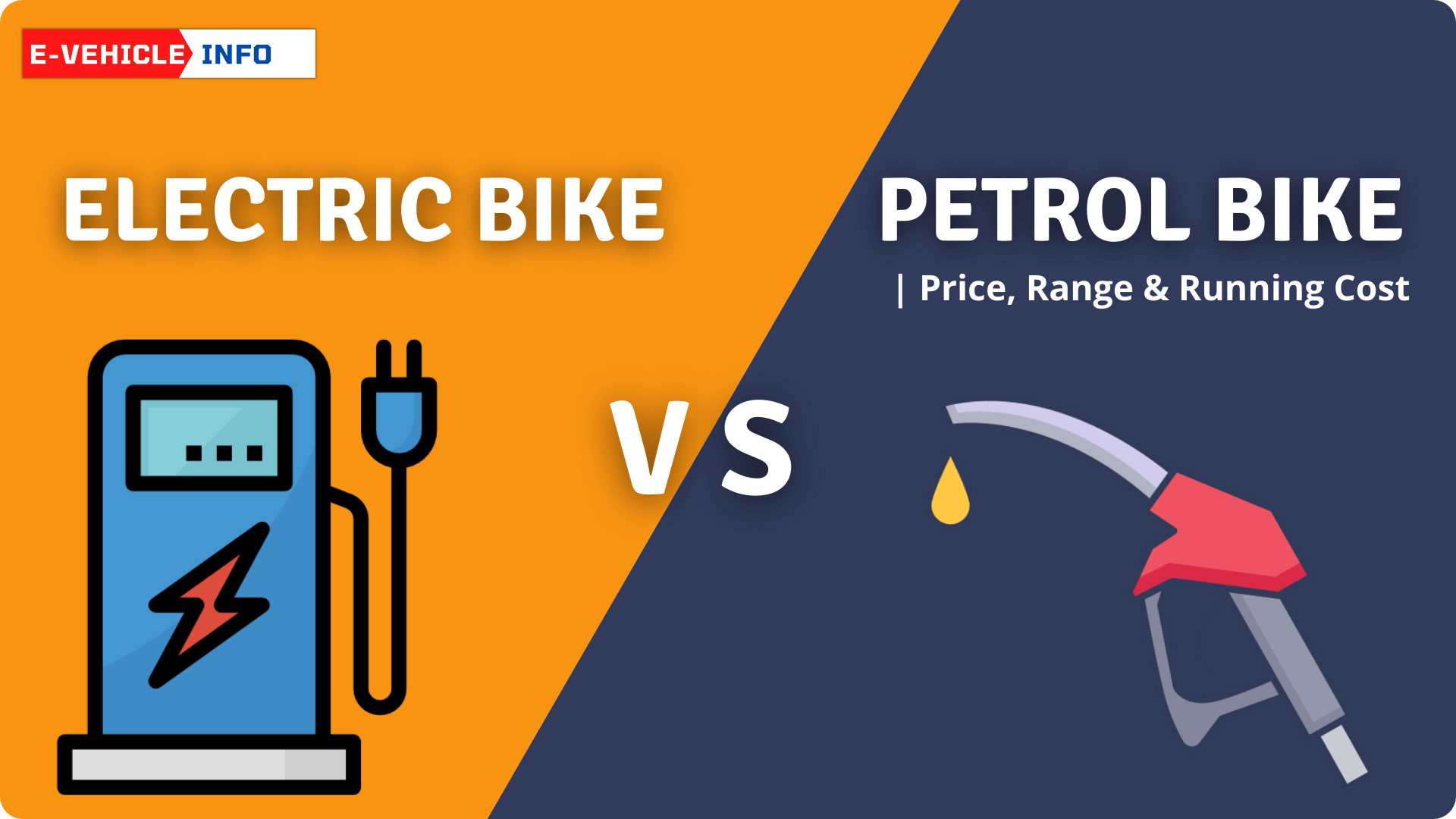 Here in this article, you will get information about electric bikes vs petrol bikes- Price, Range & Running Cost.

What is a Petrol Bike?

A petrol bike runs on fuel like petrol, it has an ICE engine ie; an Internal combustion engine, which combusts petrol to generate the energy by which the vehicle is driven. Petrol bikes have an outlet of CO2 carbon dioxide gas (CO2), which is very harmful and pollutes the environment.

What is an Electric Bike?

Electric Vehicles are the future of India and they are emerging in India as electric bikes are safe, economical and require less maintenance. Air and noise pollution is a major drawback of petrol/Fuel bikes.

Keeping the environmental condition in mind, we should definitely opt for an electric bike, but considering the price range, the basic starting price of an electric bike is beyond the basic capability of a middle-class person.

Despite all the government subsidies, the cost of electric bikes is still high. If we compare the price range of a normal petrol bike and an electric bike, then the price of a standard fuel bike is much more economical than the electric bike.

Why Electric Bikes are so Expensive?

However, the electric vehicle era doesn’t stop here (Even not started yet), the Indian government is taking all the required steps to promote EV adoption in India.

Now when we need to refill our petrol bike, it hardly takes 5-10 minutes to fill it completely, but an electric car takes about 6-7 hours to recharge completely. Even if it comes with a fast-charging battery, it will take a full 1 hour to recharge.

So if you are planning for a long drive, and even if you have charged your electric bike from 0 to 100%, it will only cover a maximum distance of 80 to 100 km. This is a general category of electric bikes; Some electric bikes claim a range of 150 to a maximum of 200 km.

Whereas petrol bikes give you an average range of 500 to 700 km depending on your engine. So a person who travels less than 100 km a day can definitely opt for an electric bike.

Here is an example of how?

Now if you charge your electric bike from 0 to 100% then it will cover a maximum distance of 100-120 km, the cost of electricity per unit for this walking distance will be from 2rs to 5rs depending on what area do you live in.

An electric bike requires 3-4 units to be fully charged, so your total running cost will range from 10rs to 20rs. 1 km will cost 10 to 15 paise, On the other hand, if we talk about petrol bikes, then their average is 40 to 50 km per litre and its cost will be around 90 to 100 rupees.

Conclusion- What to Buy?

As we have done a Comparison Between Electric bikes and Petrol bikes in the article, Electric Bikes Vs Petrol Bikes by comparing price, range, and their running cost. And considering these points, it becomes easy for you to decide whether to buy an electric bike or a petrol Bike.