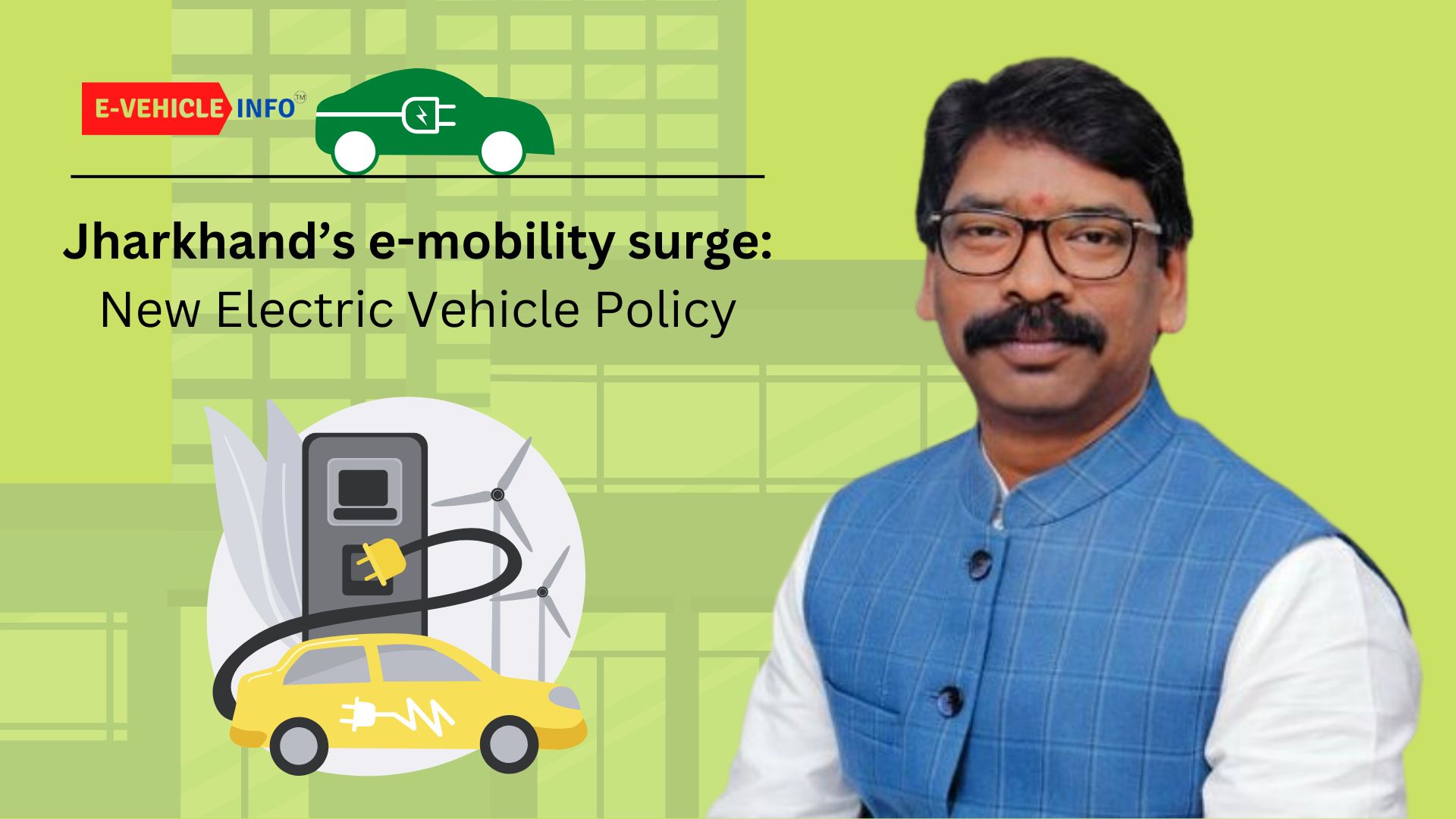 The Jharkhand Electric Vehicles Policy is making a lot of buzz in the EV market of late and all eyes are now glued to noting the progress of Jharkhand in terms of electric vehicles. Let’s have a quick glance at the new changes drafted and implemented by the government of Jharkhand.

The new electric vehicle policy was aired on October 19 and it came with a lot of added incentives to lure people in purchasing the vehicle and in giving an extra push on the festive season.

The notice states that everyone who purchases a brand-new electric vehicle in the state will receive a reimbursement of up to Rs 1.5 lakh. The price of an electric scooter or bike will be discounted by Rs 10,000, an electric car by Rs 30,000, and an electric bus by up to Rs 20 lakh.

What are the charging facilities available?

There is a proposal to install at least one charging station in a 3km by 3km grid or a minimum of 50 charging stations per 10 lakh people, whichever is higher, to ensure that there are no issues with charging electric vehicles. On National Highways, charging stations will be constructed every 25 kilometers.

What is the subsidy given by the government?

A provision of 50–60% subsidy has also been given for beginning EV charging stations in the state, while the state government would provide subsidies ranging from Rs 2 crore to Rs 30 crore for setting up EV manufacturing plants in Jharkhand.

In addition, the government has made it clear that any state government employee who purchases an electric vehicle (EV) will receive a 100% interest subsidy. Additionally, there has been a focus on EV office use in government buildings.

According to the government of Jharkhand, the state must be promoted as the eastern Indian state most suitable for the production of electric vehicles. By 2027, it is intended to produce advanced chemical cell batteries and develop a center of excellence for EVs.