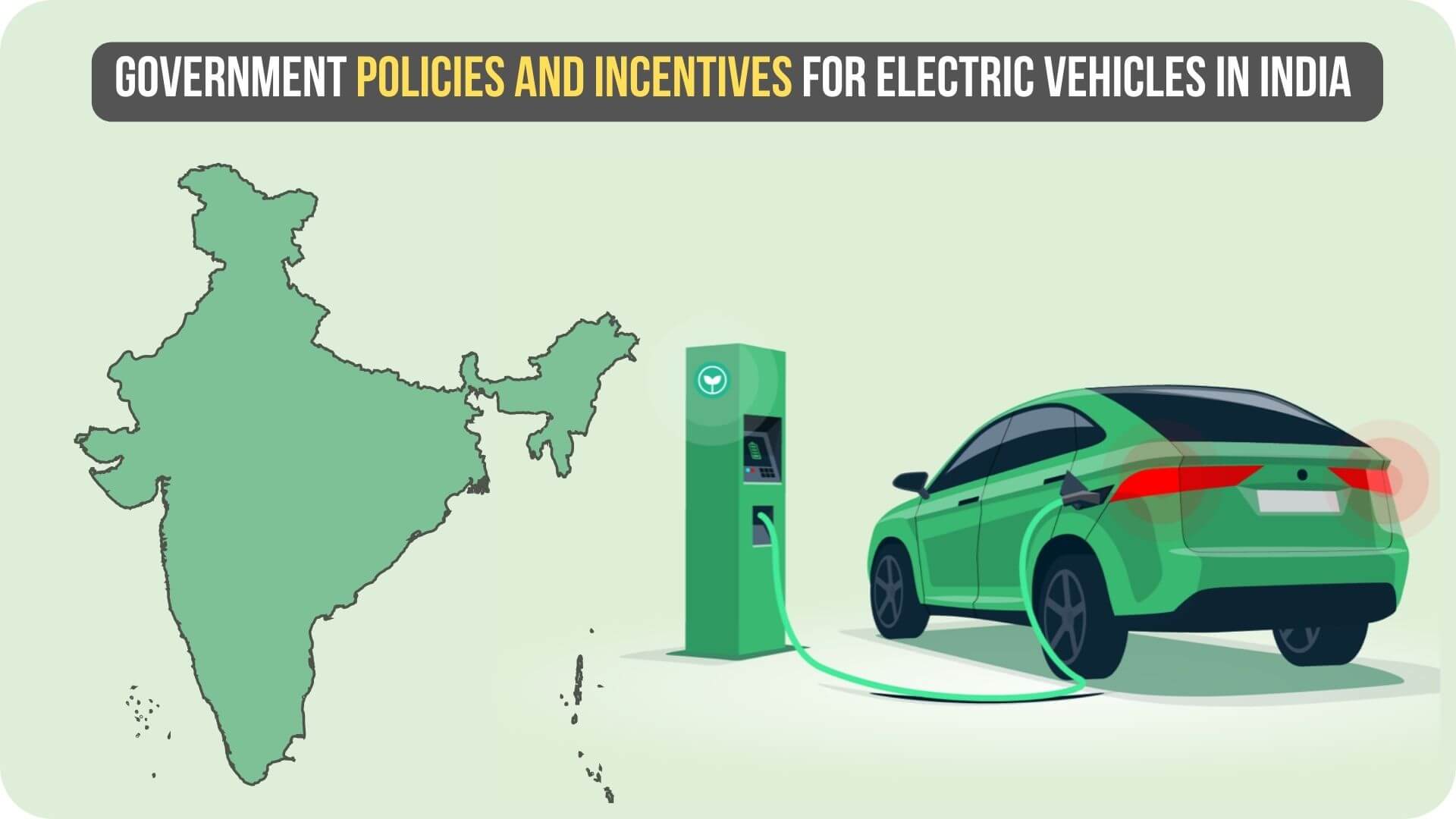 Over the last decade, the global Electric Vehicle (EV) sector has expanded substantially. China has been the leader in the  EV industry with great developments in battery manufacturing capabilities, charging infrastructure, new EV  model developments. China can produce EV’s at a lower rate due to its large manufacturing capacity.

India, on the other hand, is behind other markets in terms of the market penetration of Electric Vehicles. the country has a low acceptance rate when it comes to Electric Vehicles.  Considerable work remains to be done in terms of model types, infrastructure available for charging, and financial incentives given to EV manufacturers.

Currently, India leads the 2W and 3W market while being among the top five in terms of passenger autos and commercial vehicles (CV). Despite this the country’s share of EVs is negligible. Around 1,04806 EV’s have been registered in India since 2012.

Electric buses are gradually being accepted in daily modes of transportation. In FY2021 around 400 units of electric buses were sold. and It is estimated that this will rise to around 900 in FY2022.

The Government of India in its budget 2021- 22, has reiterated its support to the EV sector. The government proposed several reforms to increase the market penetration of EVs in India.

Government Policies and Incentives for Electric Vehicles in India

The Government of India is continuously showing its support to develop India as a global leader in the EV sector. Several schemes and incentives have been launched by the government to boost the demand for electric vehicles as well as motivate manufacturers to invest in the R&D of electric vehicles and related infrastructure.

Following are the government Policies and incentives for electric vehicles in India.

The FAME India initiative was launched on April 1, 2015, by the Indian government to reduce the usage of petrol and diesel automobiles. This scheme was an essential part of electric mobility in India. The FAME India Scheme aims to incentivize all types of vehicles.

The four focus areas of the Fame India  Scheme are as follows:

In June 2021, The Department of Heavy Industry launched the Production Linked Incentive for Advanced Chemistry Cell  Battery Storage (PLI-ACC Scheme). Its goal is to entice domestic and international investors to invest in India’s Giga scale ACC manufacturing facilities. The PLI-ACC Scheme is one  of thirteen initiatives sanctioned by the Union Government  to support the Prime Minister’s goal of “Atmanirbhar  Bharat.”

The scheme’s overall pay-out is INR 18,100 crore. This will be paid across five years after the production facility is operational. The policy stipulates that the manufacturing facility must be operational within two years to be eligible for subsidies, and the Bid Documents go on to say that a 60 percent domestic value addition must be achieved within five years after that.

Many small and mid-sized businesses that manufacture EV batteries and car parts are unable to apply for the scheme’s benefits due to stringent selection requirements. Smaller firms are critical in closing the demand-supply imbalance in the industry.  Modifying present standards or proposing a substitute to make the plan a viable choice for these businesses will improve the EV community.

The Finance Minister stated that the government intends to introduce a Battery Swapping Policy. This scheme will standardize the standards of batteries to be used in EVs across India. The legislation will help in promoting EV’s in time-sensitive service sectors like deliveries and inter-city transportation as swapping a drained battery for a fully charged one is a more practical option than on-the-spot recharging, which can take hours.

If performed well, battery switching is expected to achieve acceptance in commercial applications such as 2W and 3W vehicles and will aid faster penetration in these segments.

The Battery Swapping Policy will also benefit the manufacturers. Once the standards come into play, spare parts of machinery will also be more easily available.  Furthermore, by leveraging economies of scale, this approach will assist battery producers in lowering costs.

The budget includes a proposal to lower customs duties on  Nickel ore and concentrates from 5% to 0%, Nickel Oxide from 10% to 0%, Ferro Nickel from 15% to 2.5 percent. Nickel  Manganese Cobalt (NMC) is a vital part of lithium-ion batteries, which are utilized in electric vehicles (EVs).

There is also a proposal for a reduction in customs duty on motor parts from 10% to 7.5  percent will help to lower the overall cost of EVs.

The government plans to establish dedicated mobility zones for electric vehicles. Only electric vehicles or comparable vehicles will be permitted to operate in the zones identified by the administration. Such policies are prevalent in many  European countries and China.

The hidden benefit of special Electric mobility zones will be that they will help curb overcrowding due to private vehicles.  People moving through these zones need to travel in their EV of their own or take a public EV vehicle, thus increasing the market share of EVs.

People are enthusiastic about electric vehicles across regions,  industries, and philosophies. EVs will become a trillion-dollar industry in the future, while also helping to rescue the environment.

Electrifying vehicles in developing nations is critical to decarbonizing transportation soon, given their large number and popularity. As a result, the government’s participation becomes critical. When it comes to government subsidy programs, the effects of incentives are very visible.

Government incentives aren’t the only way to boost electric vehicle sales. Manufacturers, as well as modifying customer behavior, have practical implications, as previously stated.  Successful measures demonstrate how governments can assist in addressing these challenges. We hope that the government’s measures would enable India to continue on its road toward a greener future.