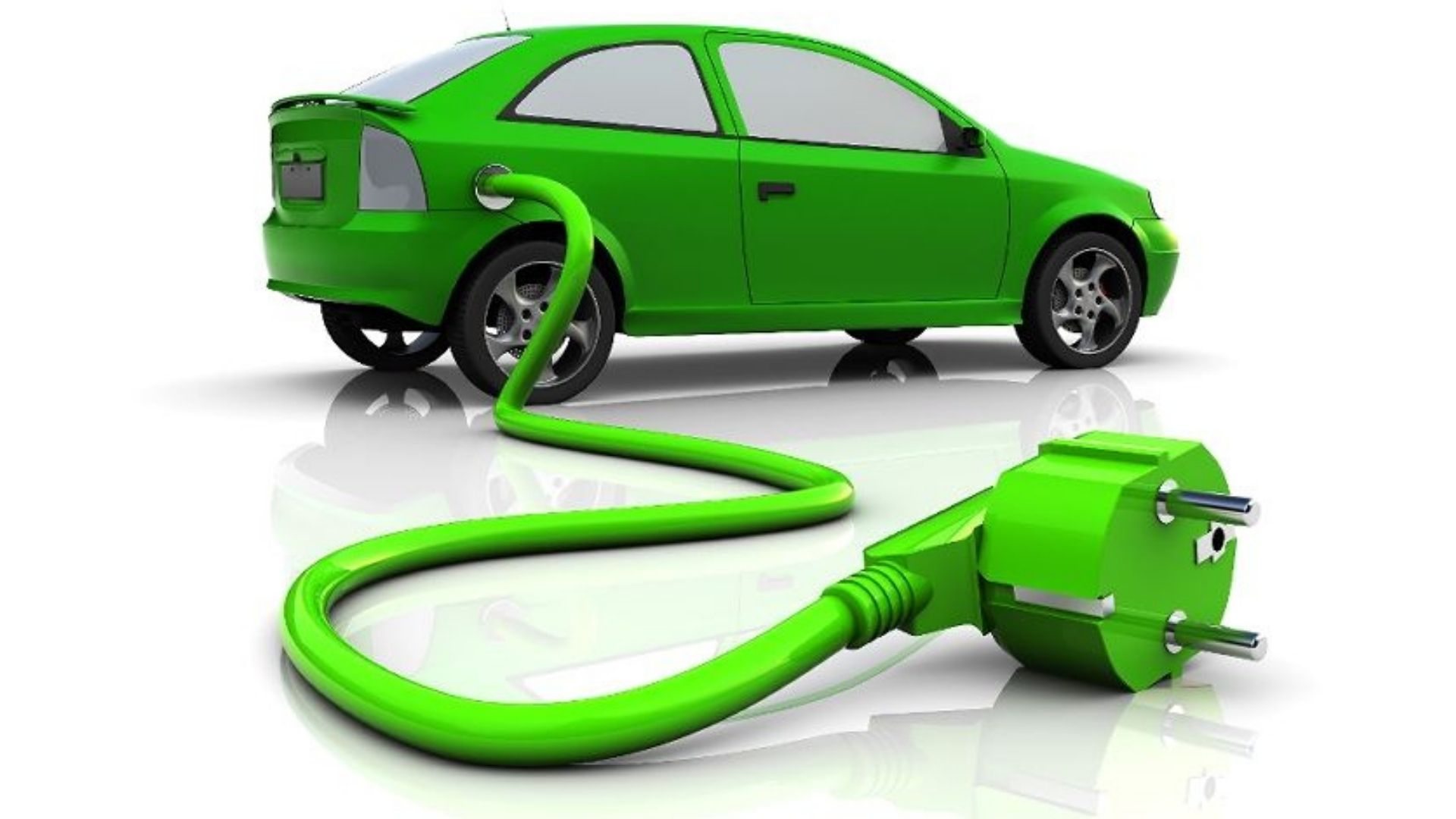 Over 90% of the population across the globe breathes polluted air at any given time. Emission and accumulation of greenhouse gases and toxic substances have increasingly led to global climatic change and have accelerated mitigation and adaptation planning, such as the promotion of active transportation and transformation of the carbon-intensive transportation and infrastructure sector.

According to a survey, the transport sector accounts for 64% of the global oil consumption and 23% of the carbon emissions globally. Electric vehicles (EVs) have emerged as a promising technology for achieving a low-carbon, sustainable transport sector. This can be attributed to their low-carbon emission potential, low noise-causing capabilities, and higher efficiency as compared to other vehicles.

Electric vehicles are gaining rapid recognition in smart cities as a robust, alternative way to progress to a low-carbon society of the future. The promotion of the development of electric vehicles (EVs) has been considered an important measure of energy security, mitigating climate change, and overcoming challenges of the air pollution problems in the transportation sector.

Increasing use of plug-in electric vehicles has the potential to improve local air quality by dramatically reducing particulate and nitric oxide from the atmosphere.

Electric vehicles are also substantially more efficient and the electricity needed for charging is expected to be somewhat 30% of the current petrol or diesel needs. Countries across the globe are rapidly integrating electric vehicles (EVs) into the transportation system of the cities and this is expected to significantly boost demand for EVs over the coming years.

Reports and Data estimate the global electric vehicle market is expected to reach USD 919.70 billion in 2028, registering a CAGR of 20.6% during the forecast period. 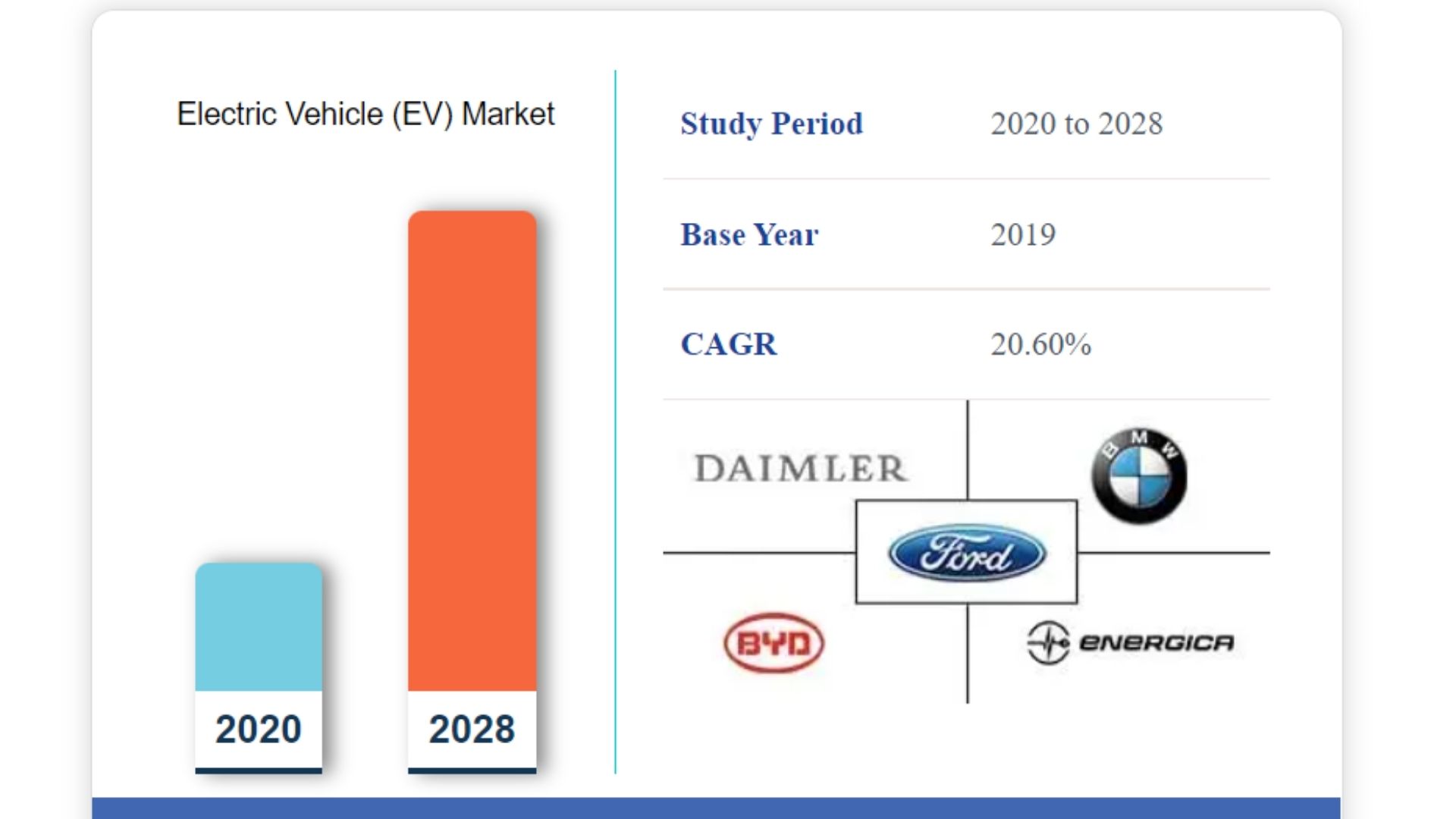 Electric vehicles were first introduced back in the 19th century but remained unpopular as the importance of the convenience and ease of internal combustion engines was on the rise.

But, in the recent past, there has been a rapid but tricky transition from this internal combustion engine to electric vehicles such that the electric vehicle market accounts for nearly 30% of the global market. With comprehensive planning in work to develop a completely electrified, clean energy transport sector, it has become imperative to understand and assess the perception of consumers with regards to electric vehicles to cater to the growing global demand for better alternatives to ICE technology. Electrification of the transport sector is expected to be a better alternative, particularly for cities that experience major issues such as emissions, congestion, and safety hazards.

Like the sudden burst and growth of the internet in the late 90s, the global electric car market is growing exponentially. By 2025, 20% of the all-new cars sold across the globe will be electric and will surge up to 40% by 2030, and by 2040, the entire global fleet is expected to be electric.

In the last decade, since 2010, electric vehicles have gained massive popularity in public transport, spurred on by the drastic reduction in the prices of electric vehicle batteries. While the major benefit of electric vehicles is that they can reduce environmental and noise pollution, EVs also have the potential to reduce oil imports to a country.

EVs have greater independence from fossil fuels and can, thus, mitigate the effects of climate change – particularly if the electricity is produced from renewable sources such as water, heat, solar, wind, and geothermal. Governments across the globe are offering tax credits for electric vehicles and plug-in hybrids to accelerate the shift to electric mobility.

Plug-in hybrid EVs are equipped with sockets that allow the battery to be recharged from an external source. This enables an increase in the driving range of the vehicle and a reduction in the costs of charging, considering the electric energy produced by the main network is considerably cheaper than produced on board.  Electric vehicles use different types of electric motors, with growing interest in using electric motors with permanent magnets as they can achieve higher power density.

The Future Roadmap and Barriers to Mass Adoption

The future of the mobility sector is at the critical point of growth and with a continual spike in oil prices, electric vehicles continue to gain momentum. However, while there is a lot of buzz around EVs, they are yet to become mainstream.

The world’s major car makers are, right now, putting in efforts to accelerate the shift to a cleaner mode of transport. For instance, Jaguar has announced plans to sell only electric cars from 2025, Volvo joined the wagon with plans to do the same from 2030, and Lotus, a British automotive maker, joined the race with plans to sell only electric cars from 2028. On the other hand, General Motors said it would be manufacturing only EVs by 2035, and Volkswagen claims 70% of its sales will be electric by 2030.

This, while attributable to growing consumer preference for low-emissions vehicles, can be the reason for governments across the world to set targets to ban the use and sale of conventional fuels such as petrol and diesel to curb emissions and pollution.

However, while electric vehicles have been seamlessly added to the mass vehicle market, they continue to face important market barriers such as high prices, long recharging times, insufficient and underdeveloped charging infrastructure, and short drive ranges. With a change in consumer preference, original equipment manufacturers (OEMs) are developing products that are now more appealing to consumers in terms of designs and features while offering a higher range.

Product innovation, direct selling to consumers, companies developing charging infrastructure and offering financing options, and positive regulatory policies implemented by the governments are expected to drive the adoption of electric vehicles on a massive scale and capitalize on the emerging mobility opportunities.