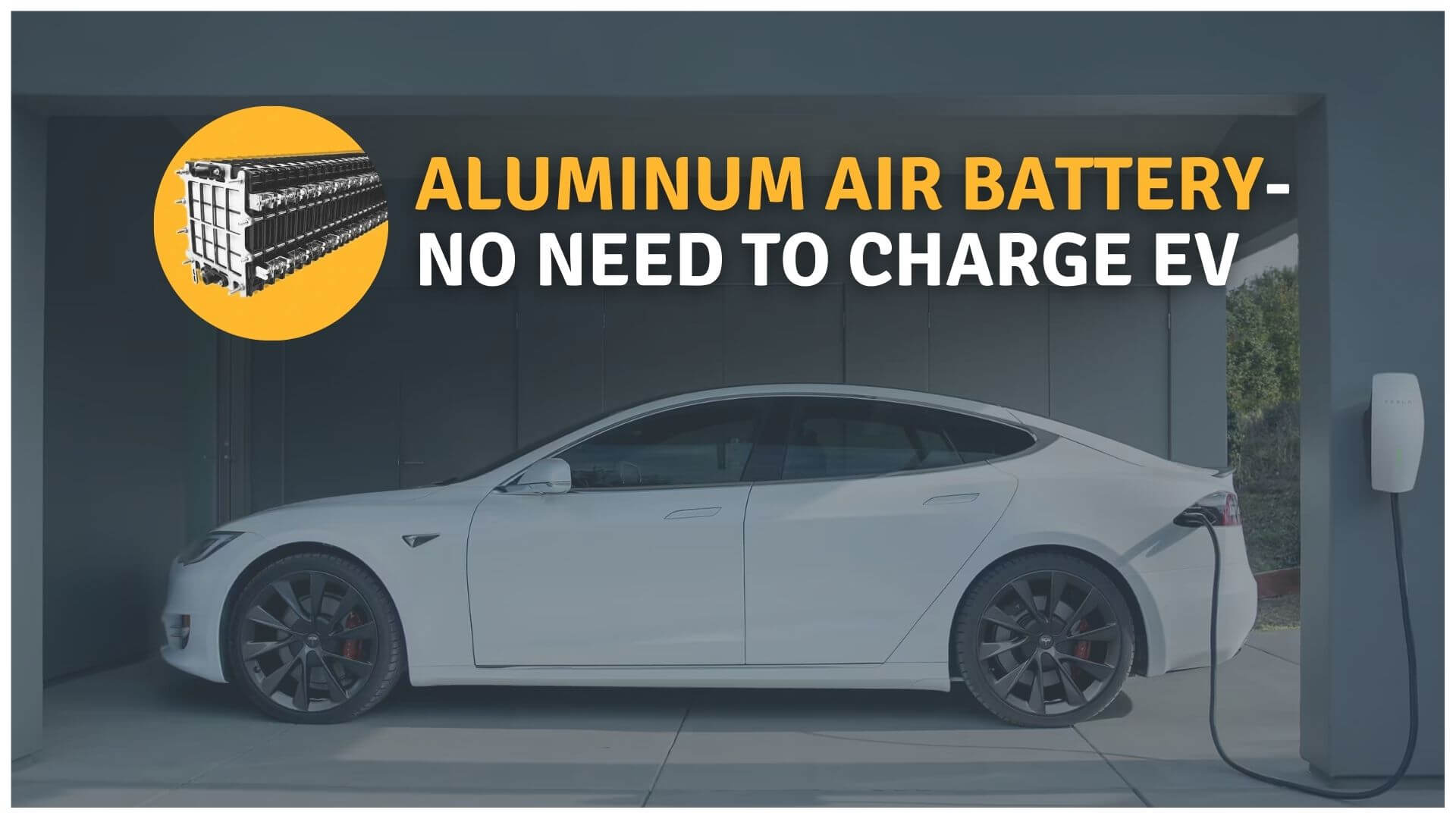 What if we don’t have to plug our electric vehicle into an electrical socket for charging? What if there was a much lighter, cheaper, and greener battery that uses just air + water and metal aluminum to generate electricity?

and what if does the job more efficiently by giving more than twice the driving range than a basic lithium battery in an electric car?

What is the solution?

The Aluminum Air Battery – an EV battery that does not require charging and provides long-range lightweight, cost-efficient recyclable, and ethically sourced batteries, is arguably the holy grail of the EV market.

Although Lithium-ion batteries are revolutionizing the electric vehicles Market. but we typically see it gives a range of 300 miles or less which may not be enough for longer trips with Electric Cars.

And the major downside of a lithium-ion battery is that it cannot be recharged if the battery is completely discharged. Again lithium battery risk such as mechanical stress and battery degradation from temperature variation leakage due to overcharging and discharging.

These issues have left the door open for researchers and companies around the world to find better alternative battery technologies for electric vehicles. 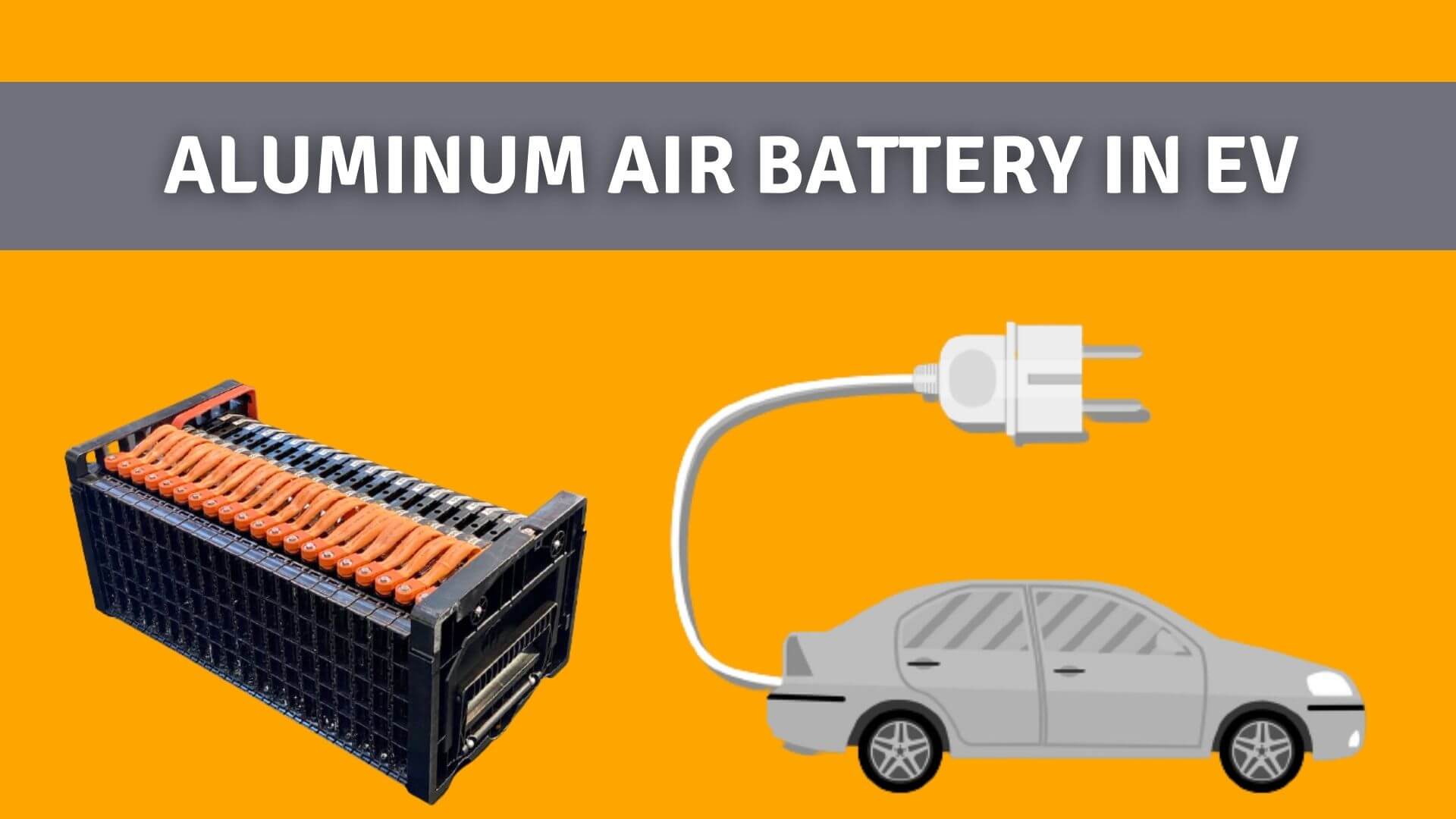 What is an aluminum-Air Battery?

Aluminum air batteries generate electricity by reacting oxygen in the air with aluminum. The formula is quite simple: Aluminium, + Air, = Power. The reaction of oxygen and aluminum in the air produces electricity and has a charge that can be harnessed, they have the highest energy density of all batteries.

How does an Aluminum-Air Battery work?

The ‘fuel’ is an aluminum metal known as the anode, which reacts with the oxygen around it known as the cathode to create power.

Since the cathode is just oxygen from the surrounding air, there is no need to carry the weight of another metal like a conventional battery, and this makes it significantly lighter.

Air is sucked into the cathode system in which oxygen molecules are separated from the air and other components of the air by a silver-based catalyst to trigger a catalyst-containing chemical reaction that prevents CO2 from entering the battery.

This allows oxygen to pass through the electrolyte to react with water and produce negative hydroxide ions at the anode, positive ions of oxygen react with the aluminum to form aluminum trihydroxy-ide.

What is an Aluminum air battery?

It’s a battery that uses aluminum alloy plates as anode water as electorate and an air electrode as a cathode.

How Does an Aluminum air Battery Work?

Indian Oil Corp has teamed up with startup Phinergy Ltd to develop an Israeli company’s aluminum-air battery in India. 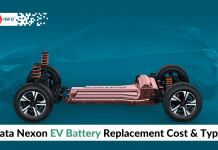 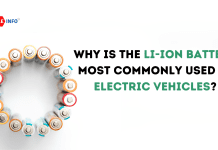 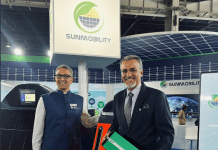