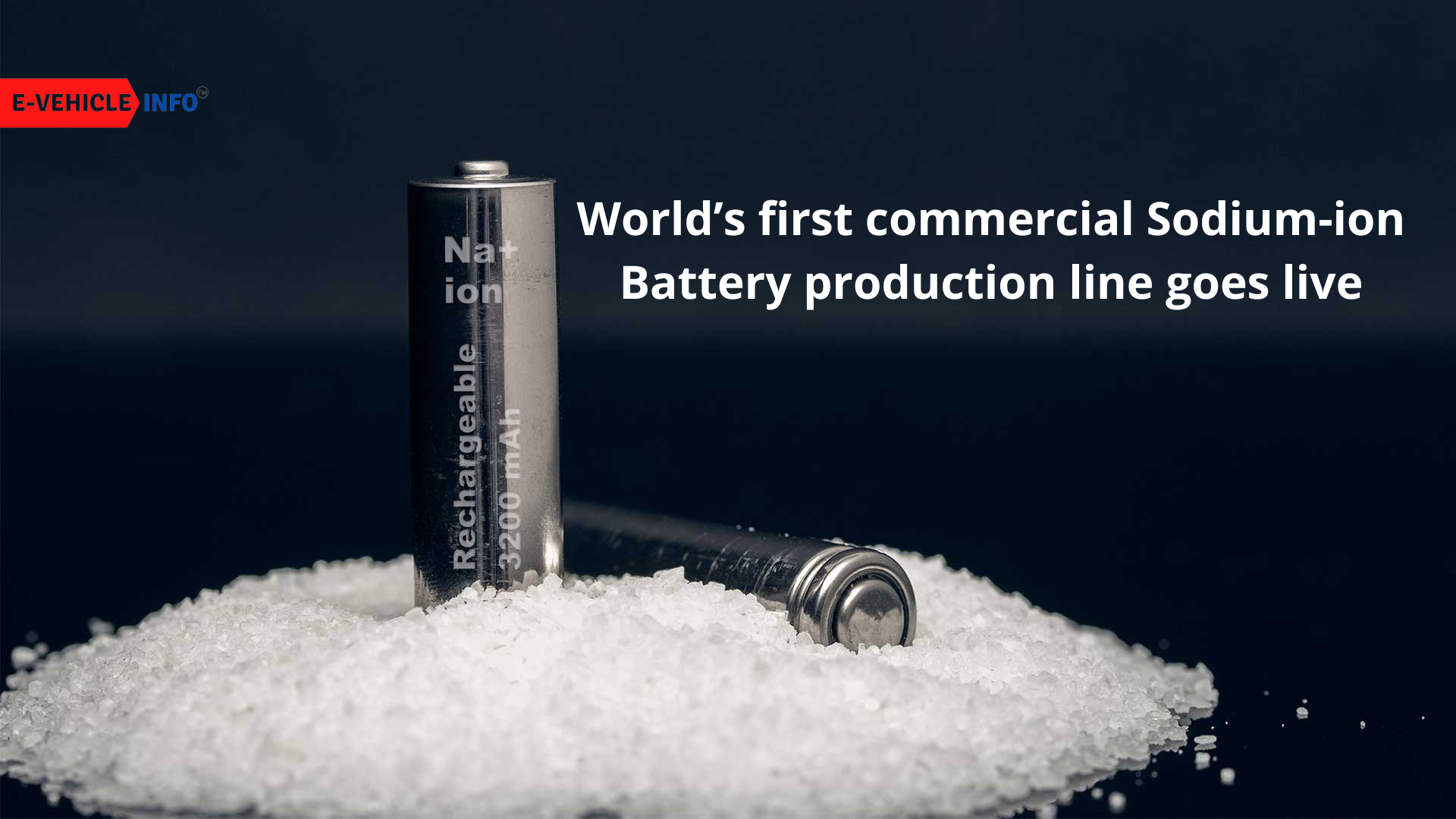 Chinese power battery producers and manufacturers like CATL, CTG, etc are putting a lot of effort into developing sodium-ion batteries.

The sodium ion battery was unveiled and made available by Hina Battery in 2017, the same year it was founded and established. According to a press statement from the energy giant, Hina Battery has brought a sodium-ion battery production line that is backed by the two associates of CTG as well as the Fuyang local administration. They have joined forces to construct the first sodium-ion battery mass production line in history.

According to the website of Hina Battery, its current sodium-ion battery has a cycle life of 4,500 cycles and an energy density of 145 Wh/kg.

According to a statement made by CATL last year, the energy density of its next generation sodium-ion batteries will surpass 200 Wh/kg. The company also stated that it has begun the industrialization of sodium ion batteries and intends to establish a fundamental industrial chain by the year 2023.

The sodium ion battery asserts to be safer, cleaner, and more affordable in addition to charging more quickly and performing better in adverse weather conditions.

Sodium batteries operate on a similar concept to lithium-ion batteries. The ion moves between the anode and cathode in both cases, absorbing or losing electrons along the way. Despite its superior performance, lithium is still a scarce raw material making sodium a better alternative.

Due to sodium’s inexpensive cost and high abundance, compared to lithium, the concept has long been promoted for use in commercial batteries, and its manufacturing demonstrates that this potential is finally being realised.

The battery industry is making a significant push for lithium alternatives. The obvious choice seems to be sodium because it is less expensive and easier to mine and process than other elements. Sodium-ion batteries are viewed as a practical solution for widespread deployment as technology advances at a rapid rate.

In the upcoming years, it is anticipated that the sodium ion battery industry would expand quickly thanks to increased expenditures and focused research and development initiatives to smooth the transition from pilot plant-scale production to full commercialization.