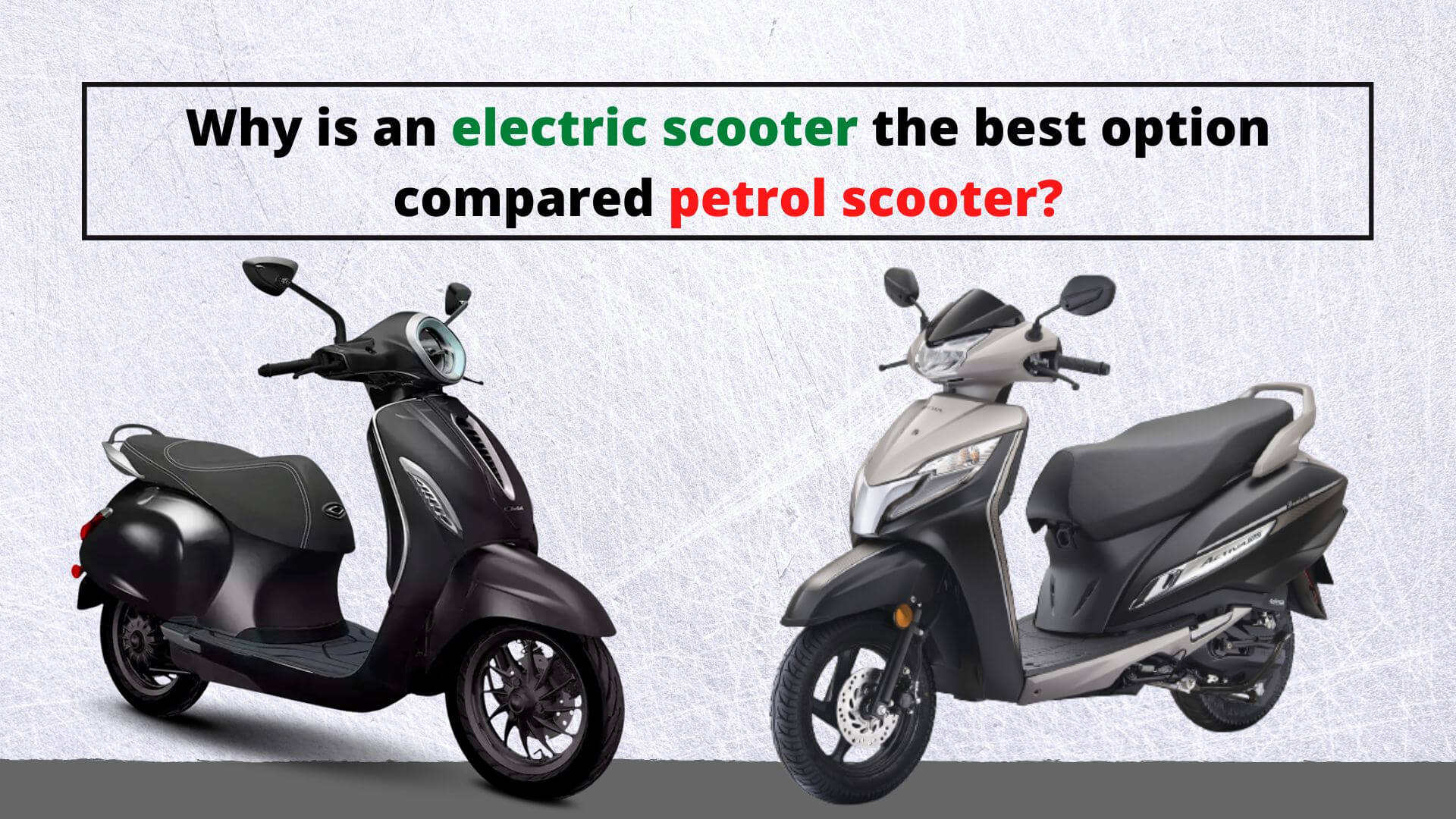 With the constant efforts put in by the government of India, the average price of an electric scooter has decreased significantly. Schemes like Faster Adoption and Manufacturing of (Hybrid &) Electric Vehicles (FAME) and FAME-II have empowered the customers to buy electric scooters by providing them with various subsidies. At present, an electric scooter can be bought at a price less than the piece of buying a 125cc petrol scooter.

In India, more than 15 million two-wheelers are sold yearly. The market for 2-wheeler is forecasted to expand at 7.33% CAGR with the yearly figures exceeding 20 million (Source).

The Indian market has also attracted international companies, like Okinawa, to invest. Start-ups focusing on the electric scooter segment have gained much fame in recent years.

Ather Energy, revolt motors, simple energy, and Bounce is one of the several start-ups that have stepped into the electric vehicle segment and performing very well.

Although the recent fire accidents have brought setbacks for the industry, experts predict that the situation will pacify soon with appropriate measures from both the government and the companies.

Continuous subsidies from the government have made electric vehicles affordable even for the low-budget consumer segment.

Though 2-wheeler EVs are available in limited cities across India, their reach is increasing with each passing day. With the increasing share of electric vehicles comes a question: is it the right time to buy an electric two-wheeler?

Why Do People Buy Petrol Scooters?

People prefer petrol scooters due to their convenience in easy access to petrol pumps for refilling and the ability to travel long distances without any waits. Moreover, there is a large number of models and a broad price segment in the petrol scooters as it has been developing for many decades.

Why should you buy an electric scooter?

Electric scooters provide a first and last-mile solution at a less operational cost, it is also an efficient transportation alternative to petrol scooters. Electric scooters save on cost compared to fueled vehicles and owning an electric scooter is a lot more helpful for the Environment (as EVs emit less carbon than any fuel scooter)

the Big Question is-

Is this the right time to buy an electric scooter in India?

There are some hindrances that people face when they decide to buy an electric vehicle like- charging points, range, speed, and most importantly the cost of buying.

Top Electric vehicle manufacturing companies are investing heavily in developing new technology for better electric vehicles. With continuous research and development in this field, the hurdles of electric 2-wheeler are decreasing.

Today an electric scooter can travel up to 200 km with a maximum speed of 100 km/h. This is more than enough for intra-city commuters who travel limited distances to offices, schools, and markets. The speed is optimal for traveling within city limits.

Electric scooters have 4 major advantages that make them suitable for the current Indian users.

Electric 2-wheelers require less infrastructure for charging. They have smaller batteries that can be charged in less amount of time. Due to their lesser weights, battery swapping points at any station require less investment as it can be done manually rather than using machines thus saving the capital cost.

At home, owners can pull out the battery and carry it home to charge rather than laying down a separate line for charging in the parking.

The electric bikes travel up to 100 km on a single charge. They use smaller batteries than electric cars. The lesser weights of the batteries provide an opportunity for easily using the battery swapping technology.

Less Investment or equal to any petrol scooter

The cost of an electric 2-wheeler in India starts from a little over 50,000 rupees. This makes an electric vehicle within the reach of an average middle-class family. The cost is even comparable to that of a 110cc motorbike. The cost of electric scooters has significantly decreased after the various subsidies given to the purchasers by the governments. FAME and FAME-II have encouraged more and more buyers to switch to electric scooters.

The future of an EV is Bright

The companies are investing huge amounts of money in R&D for developing cost-effective and cutting-edge technologies for electric vehicles. The increasing crude oil prices across the globe have urged people to switch to more stable electric vehicles.

The focus on green energy is also being increasingly promoted by the government and subsidies are given to people for setting up solar panels in their homes. This green energy is a lot cheaper, decreasing the operating cost of electric vehicles.

Electric vehicles will not only develop with time but there will also be a large variety and range of EVs to pick from. With government programs that will last for the next few years, purchasing an electric scooter before they expire is a wise decision.

Should I buy an electric scooter in India or should I wait for the better option?

What are the best electric scooters option available in India right now?

A large number of companies have invested in electric 2- wheelers. The options include-

The benefits of buying an electric scooter over a petrol scooter are-
1. Low Operating Cost
2. Eco-Friendly
3. Less noise
4. Lightweight

Is it worth buying an electric scooter?

Electric vehicles are the need of the future. The crude oil resources are depleting at a very fast rate. The prices of petrol and diesel have continued rising over the past decades and will continue to rise. Electric scooters can be charged at home costing only the electricity charges. Moreover, solar energy will further reduce operating costs.

Companies are investing large amounts of money in R&D for electric vehicles and the industry will surpass the IC Engine industry in the coming year.