Volvo Cars call on world leaders and energy providers to significantly boost investment in clean energy, to give it and other electric cars their true potential in terms of climate benefit.

It also comes as heads of government and captains of industry are meeting at the UN COP26 climate summit in Glasgow to discuss and announce revised plans to cut carbon emissions to fight climate change.

Volvo Cars aim to become a fully electric car manufacturer by 2030 and plan to produce a new family of pure electric cars in the coming years, marking one of the industry’s most ambitious electrification plans. This is part of its ambition to become a climate-neutral company by 2040, as it works to consistently cut carbon emissions across its business.

The company will need the help of governments and the energy sector, however, if its cars are to realize their full carbon reduction potential. As the new Life Cycle Assessment (LCA) report for the Volvo C40 Recharge shows, the availability of clean energy for both manufacturing and charging an electric Volvo makes a huge difference in terms of CO2 impact. 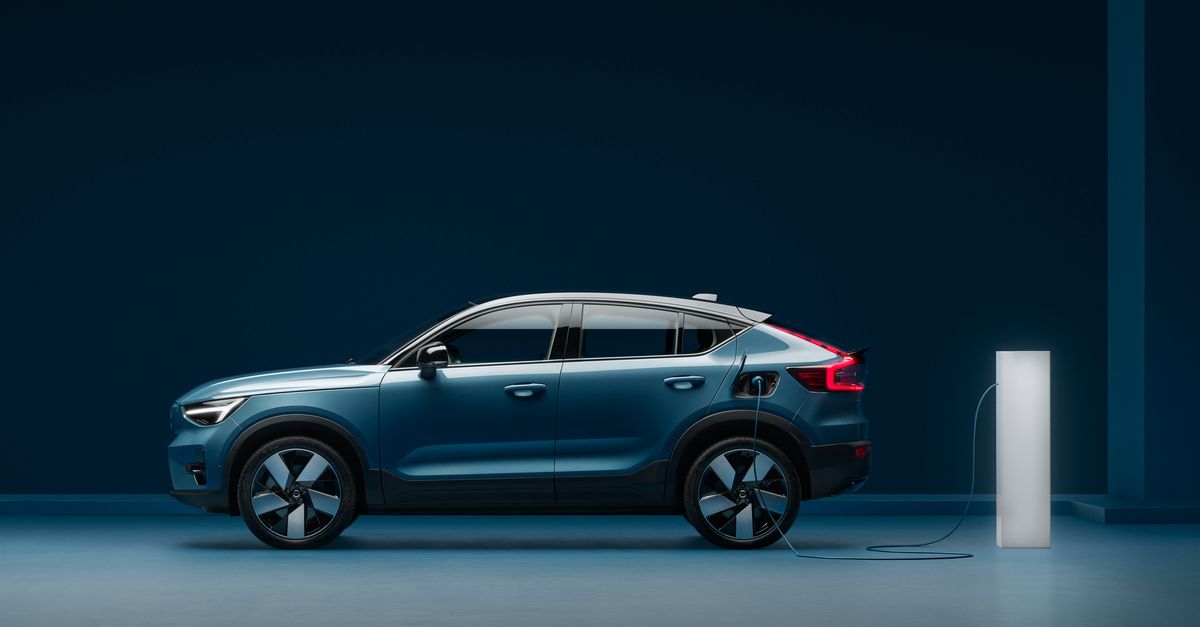 When a driver charges the C40 with clean energy like wind power, the car’s CO2 life cycle impact is less than half that of a traditional, combustion-engine-powered Volvo XC40. When charged with electricity generated from fossil fuels, this difference is greatly reduced. Source

“We have made a conscious strategic decision to become a fully electric car manufacturer and industry leader, but we cannot make the transition to climate neutrality alone,” said Chief Executive Officer Hakan Samuelsson.

“We need governments and energy firms around the world to increase their investments in clean energy capacity and related charging infrastructure, so fully electric cars can truly deliver on their promise of cleaner mobility.”

Clean energy is an important factor in reducing the carbon footprint involved in electric car production. The LCA shows that the C40 Recharge’s output emissions are 70 percent higher than those of the petrol-powered XC40.

This is mainly due to the increased carbon intensity of the battery and steel production, as well as the increased share of aluminum in the car.

Volvo Cars are taking proactive steps to address these emissions, including a planned collaboration with SSAB to develop fossil-free steel and with its battery suppliers to produce batteries using 100% renewable energy.

The company wants to reduce its carbon footprint per car lifecycle by 40 percent between 2018 and 2025, which includes reducing carbon emissions across its supply chain by 25 percent by 2025.