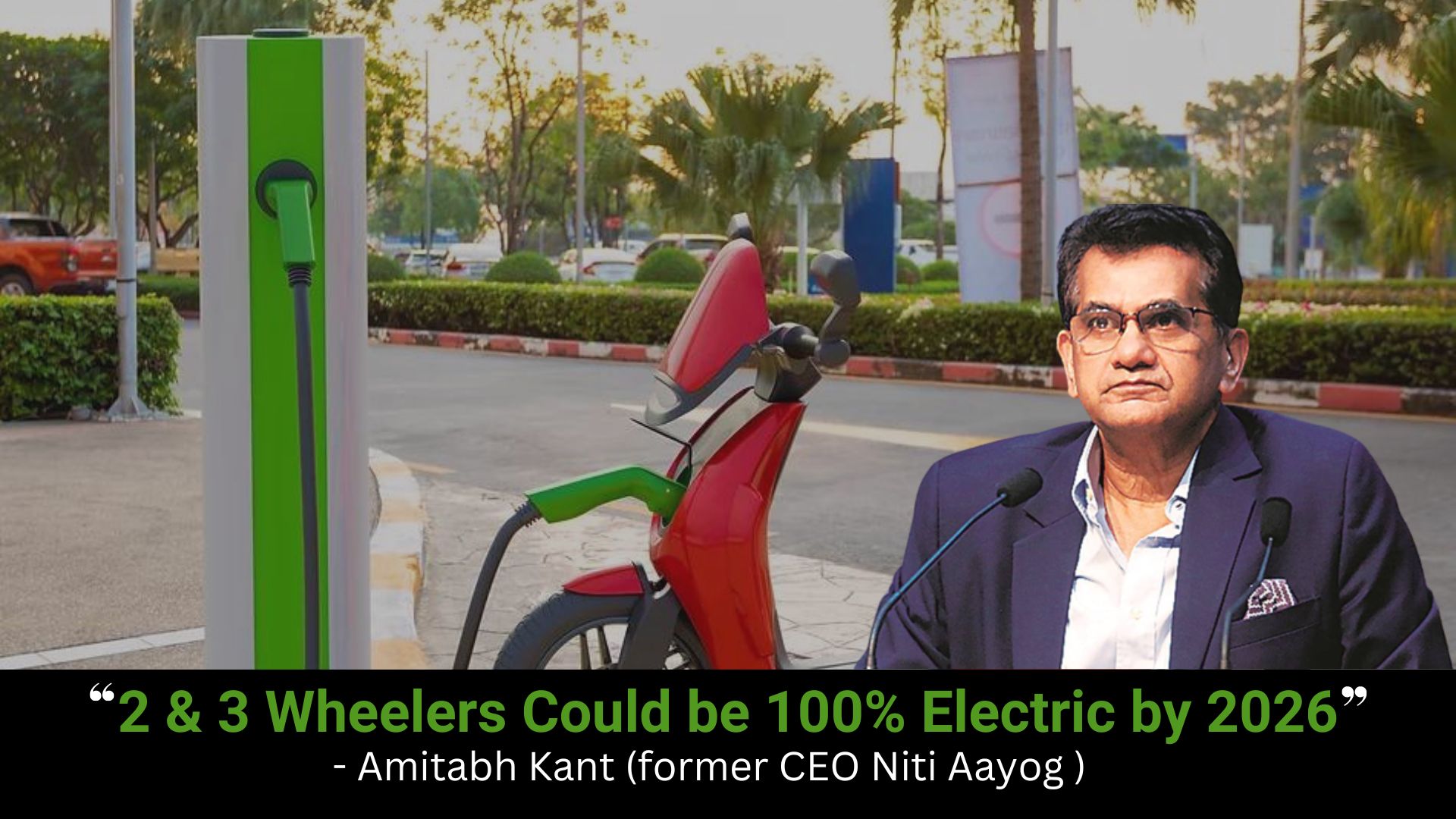 According to G20 Sherpa Amitabh Kant on Wednesday, India should aim to electrify all two-wheelers and three-wheelers in the next four years as they will be the country’s green mobility pioneer.

He made this statement while speaking at the annual meeting of the Automotive Component Manufacturers Association of India. He stressed that the country must concentrate on the drive toward electrification and the focus of the nation needs to be on the movement toward shared, connected, and electric transportation.

In his opinion, the green mobility revolution is already at our doorsteps and India needs to concentrate on the shared, connected, and electric transportation movements. Current trends indicate that because of increased demand and declining battery prices, fuel-efficient cars and electric vehicles will eventually be less expensive than petrol and diesel ones. The government also offers an extremely attractive 5% GST tax rate on electrics, which is likely to boost India in becoming a major producer of electric vehicles and the components that are used in them globally.

The former Niti Aayog CEO feels that India’s march toward electrification will center on two- and three-wheelers. According to him, since two- and three-wheelers currently account for 80% of all vehicle sales in India, they will be at the forefront of the nation’s green mobility revolution. Thus, India needs to seek 100% electrification of these two segments in the next four years.