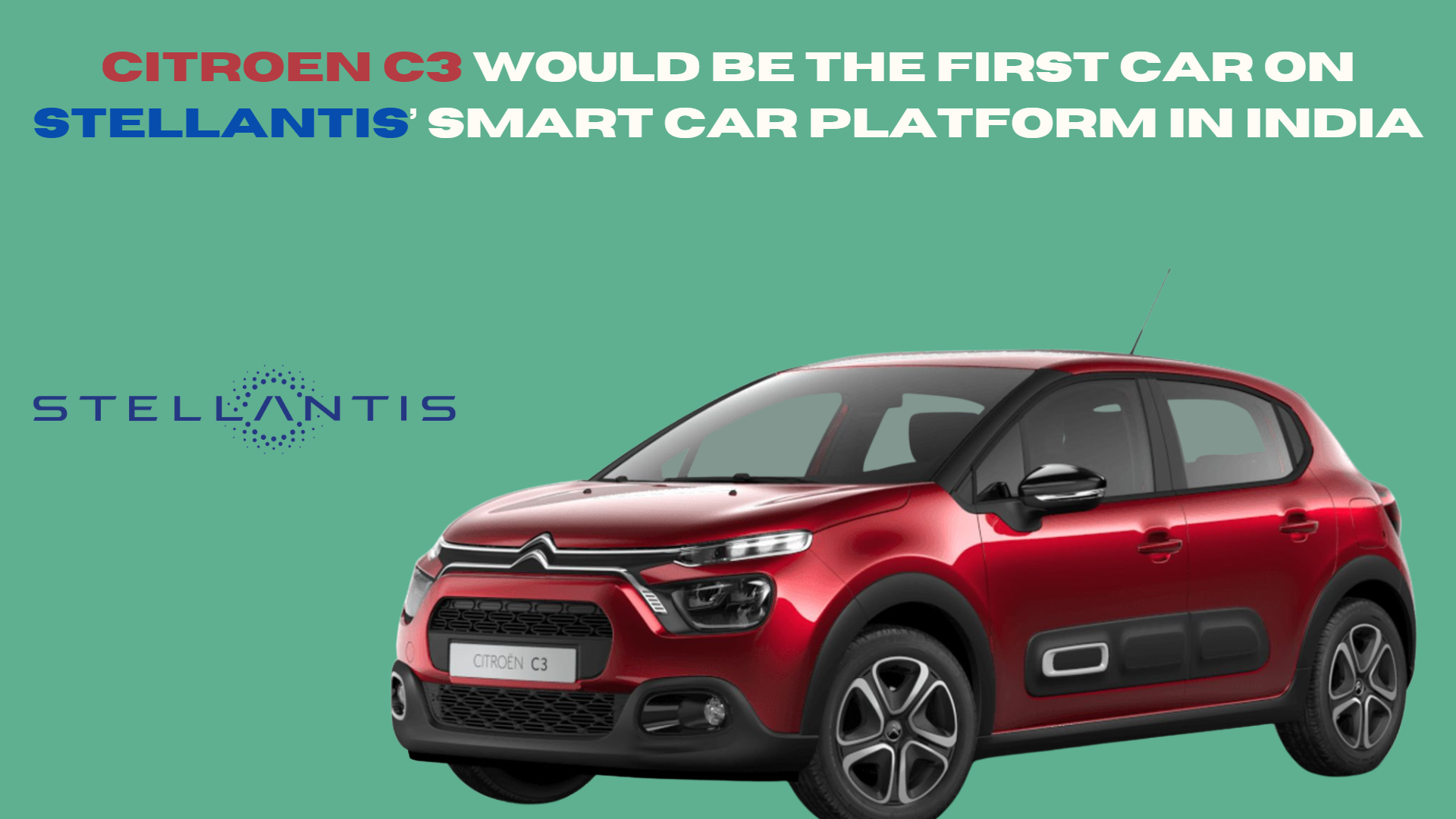 The debut of an all-electric Citroen C3 has been announced by Carlos Tavares, the global CEO of Stellantis. It is scheduled to be introduced sometime early next year, according to him.

Only a few months after the launch of the petrol-powered C3, Citroen introduces its first electric vehicle for India, the E-C3.
The new electric vehicle is expected to go on sale in the beginning of the next year.

The Citroen EC3 is anticipated to maintain the same feature set as the conventional or Internal combustion engine-powered C3, but it is anticipated that the electric hatchback will receive some updates to set it apart from the standard C3. To visually distinguish the EV variant and make it stand out, Citroen may experiment with the external trim’s colour and wheel cover style.

This should also imply that the interior’s built-to-price quality and its customizable exterior and interior trims will still be available. The spy photos show that, except for the door for the charging outlet on the front right fender, the Citroen E-C3 won’t appear much different from the C3.

The price range for the electric version of the vehicle is expected to be between Rs 9 lakh and 13 lakh.

The electric vehicle was photographed at a fast charging station, hinting that its battery pack is compatible with fast charging and might have a range of between 300 to 350 kilometres.

Information on the power source of the Citroen C3 EV is not yet available. Rumours claim that it could receive a 50kWh battery. Further information is awaited.

The biggest problem for them is making EVs affordable for the middle class.  Tavares also stated during a media event in Chennai that scalability can produce affordability, and only then can it have a meaningful impact on the environment.
The e-C3 will therefore feature a moderately sized battery in order to keep costs down. The vehicle will be equipped with a fast charger as well as an onboard AC charger. However, Citroen is also eager to localise this to make it more affordability.

Tavare is enthusiastic about the export of E-C3’s potential and says, “India has a great opportunity to offer affordable electric small vehicles while maintaining profitability. Exports to Europe are feasible since the nation’s supply base is so cost-competitive.” However, he adds a warning that there is currently no firm plan and that exporting to Europe from India is not at all easy.

The electric vehicle might be exactly what Citroen needs to raise awareness of its compact hatchback SUV and to put it on the radar of automobile buyers given how popular EVs are in India right now. The right product and quality are their top priorities.