Tesla received an order of 100,000 Tesla Electric Cars from Hertz and is the single-largest EV purchase ever!

According to Bloomberg Report; It’s the largest purchase ever for any electric vehicles, or EVs, and represents about $4.2 billion in revenue for Tesla, according to people familiar with the matter, whose identities are as private as the information. While car-rental companies typically demand big discounts from automakers, the size of the order means Hertz is paying close to list prices.

As per the report, the Tesla Model 3S will be available for rent at Hertz locations in major US markets and parts of Europe. Customers will certainly have access to a Supercharger, and Hertz is building its own charging infrastructure as well. 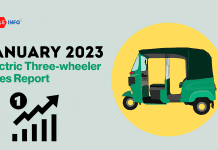