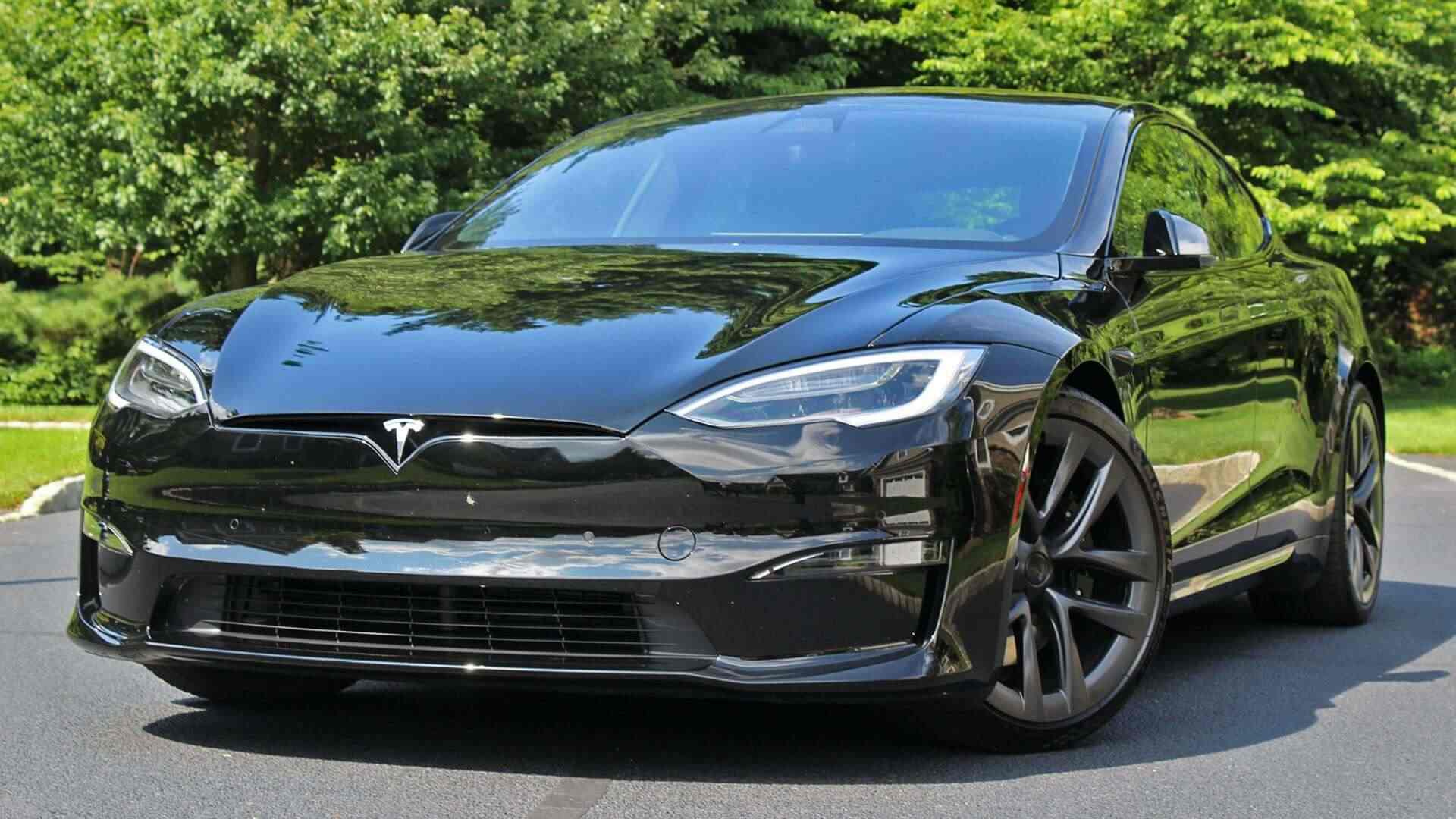 Elon Musk stated on Monday that Tesla’s Model S Plaid will most likely be available in China in March 2022. 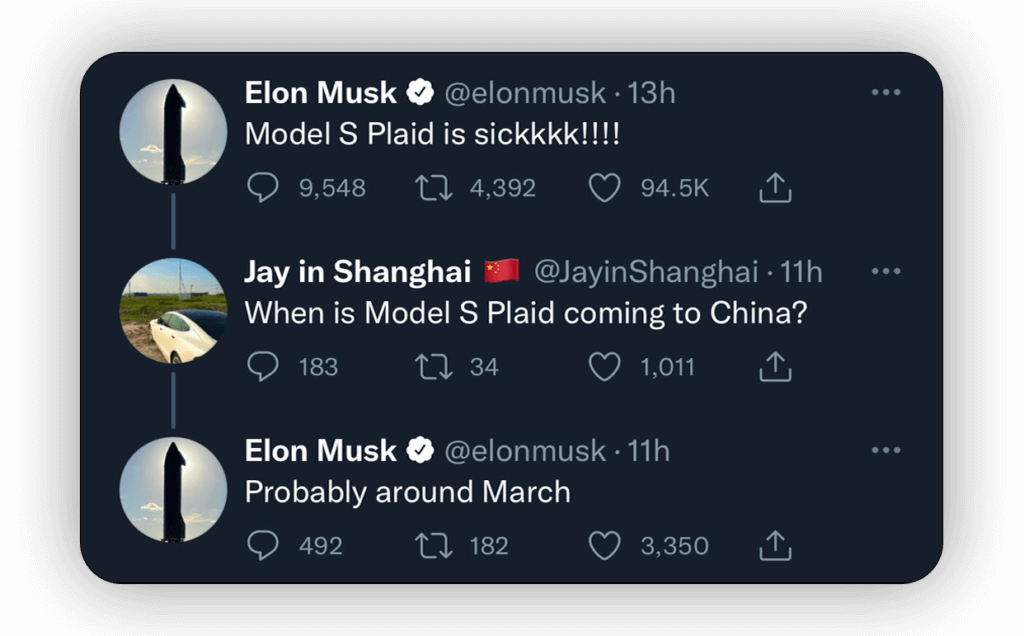 Musk responded to a tweet asking when the electric vehicle would be available in China, saying, “Probably around March.”

According to Tesla’s website, the Model S Plaid, an updated version of the company’s Model S, has three motors, an estimated range of 390 miles, and can accelerate from zero to 60 miles per hour in two seconds.

Musk previously tweeted that it was the “fastest production car of any kind ever made.” 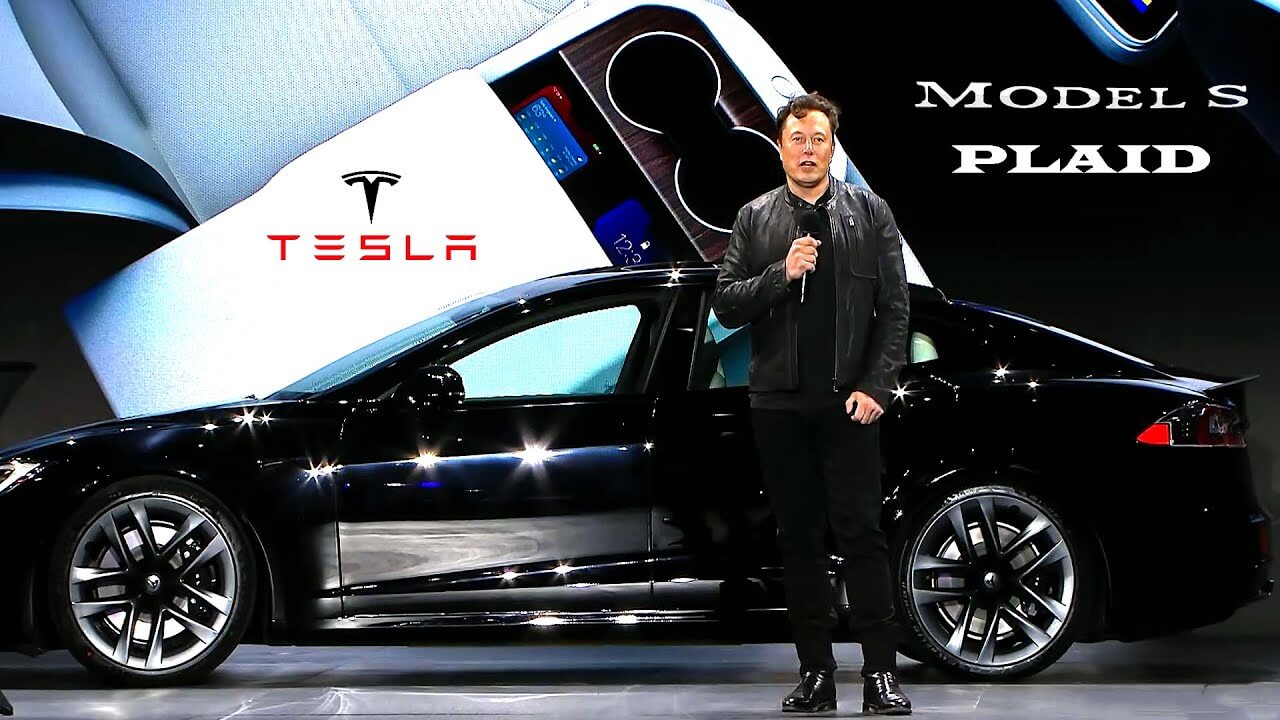 In June, Tesla delivered the first Model S Plaid models to customers at a launch event at its factory in California.

The Model S Plaid’s initial delivery date was pushed back by one week in June after Musk stated that it required “one more week of tweaking.

Tesla’s new Plaid Model S option will elevate the four-door into supercar territory. The new flagship will be powered by a trio of electric motors that produce 1,020 horsepower, allowing for a 0-60 time of fewer than two seconds, a top speed of 200mph, and a quarter-mile time of fewer than nine seconds.

That would give it the fastest 0-60 time and quarter-mile acceleration of any production car in history.

According to Tesla, it can reach speeds of up to 200 miles per hour and costs $130,000. According to Insider’s Bryan Logan, the vehicle costs more than $140,000 with the company’s “Full Self-Driving” feature.”

All of this power doesn’t come at the expense of range, as the Plaid can travel more than 520 miles on a single charge, which is more than any other model in the lineup. 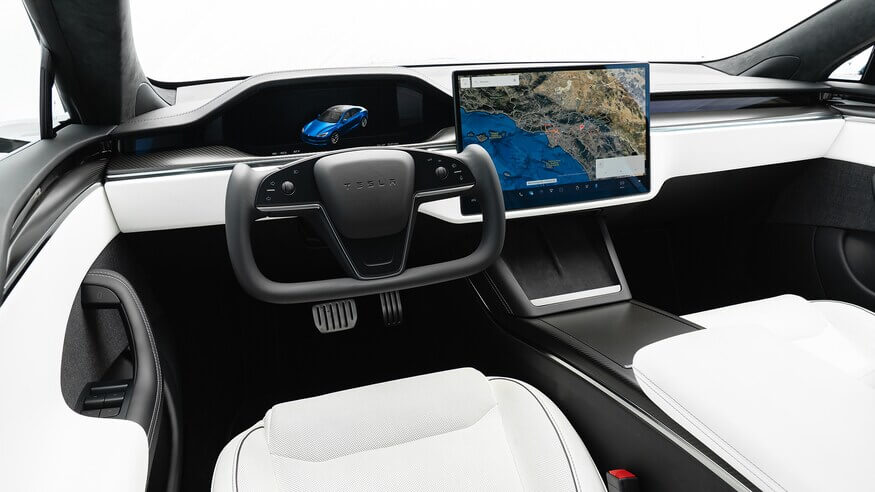 The interior has been redesigned with a landscape touchscreen and a yoke-style steering wheel, but whether or not this will make it into the production model remains to be seen.