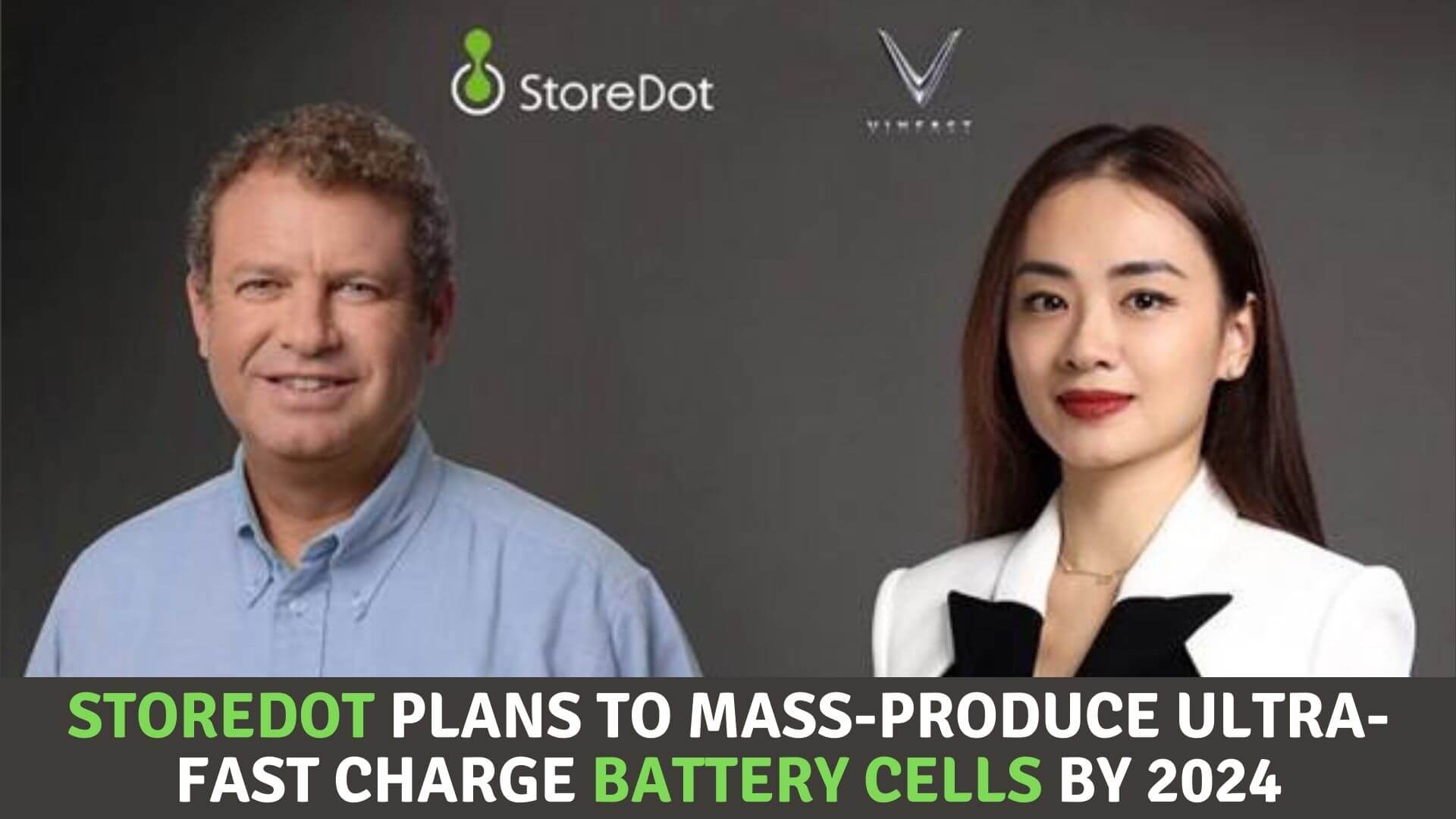 StoreDot, the pioneer of extreme fast charging (XFC) battery technology for electric vehicles, has announced the first close of its Series D funding round of up to $80 million, the majority of which have already been secured.

The round is led by key strategic investors, strengthening StoreDot’s partnerships in the global automotive battery eco-system. The lead investor is the fast-growing flagship Vietnamese electric vehicle manufacturer, VinFast, which plans to scale up manufacturing and deploy StoreDot’s Extreme Fast Charging in future EV architectures.

Participants include bp ventures, a current StoreDot investor, and an active partner, underpinning its purpose of reimaging energy for people and our planet.

In addition, Golden Energy Global Investment Ltd., a wholly-owned company by EVE Energy’s founder, Dr. Liu Jincheng, will be one of the participants in the funding round.

The funds raised by this round will be used to complete StoreDot’s research and development for its silicon-dominant extreme fast charge (XFC) battery cells for electric vehicles and continue its progress on Extreme Energy Density cells based on Solid State technology for future deployment.

This funding also enables the company to ramp up its California-based R&D center and commence scale-up operations in key global locations, in readiness for full mass production of cells in 2024.