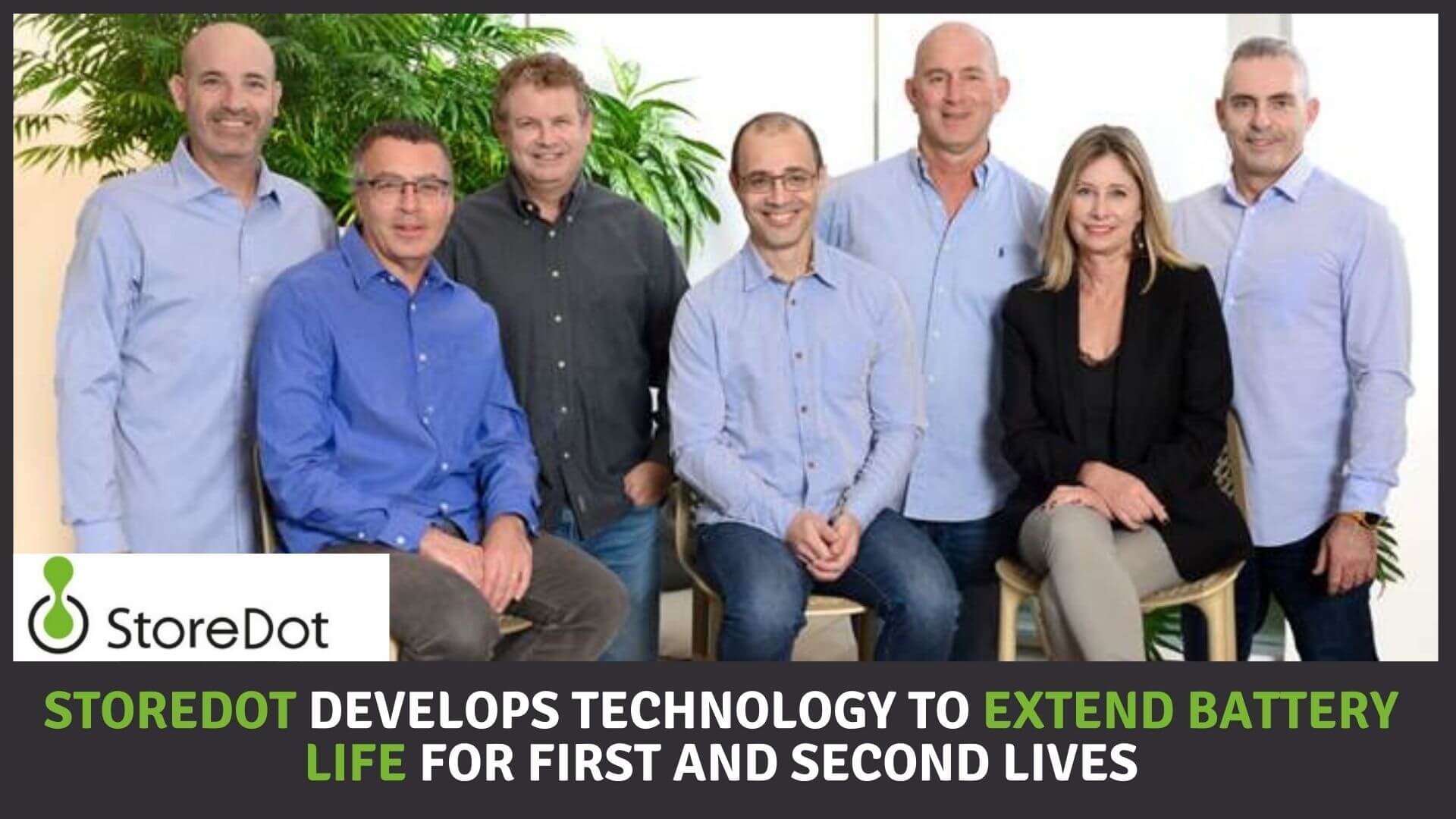 
StoreDot, the pioneer of extreme fast charging (XFC) battery technology for electric vehicles (EVs), has revealed advanced technology that extends the lifespan of batteries, making them highly effective not only during the vehicle lifespan but also for ‘second life’ applications.

This improved technology, which furthers StoreDot’s commitment to advancing the entire battery ecosystem, combines the innovative electrochemistry system of the company’s silicon dominant cells to ensure that there is a minimal drop-off in performance even as the battery ages beyond its useful EV life.

Robust performance is maintained even after 1000 cycles and 80% capacity, the point at which rival lithium-ion fast charging technologies start to rapidly deteriorate in performance.

Even after 1700 cycles, long after the accepted industry norm, StoreDot’s batteries maintain 70% of the original capacity, making them highly effective in second life usage for less dynamic applications such as in energy storage and grid load balancing systems.

This latest development is proof of that. We now can hugely extend the life of our batteries, long after their vehicle service life. This not only has benefits for the drivers of EVs, allowing them to maintain the performance of their vehicles for many more years but also in second-life applications.

“Not only will this transformative development encourage more people to drive EVs, but this technology has huge benefits for sustainability too, reducing the need to retire and recycle an expensive component that can now serve in critical second-life applications.”

This latest innovation works in tandem with StoreDot’s recently announced self-repairing cells system, which identifies underperforming cells in the electric vehicle and takes them out of service to unobtrusively fix them. The company has also recently had patents granted for technologies that give electric vehicles a constant range throughout the life of their vehicles, even as the battery deteriorates.

StoreDot is in advanced talks with leading global carmakers and remains firmly on track to deliver mass-produced XFC batteries, which provide a 50% reduction in charging time at the same cost, by 2024.