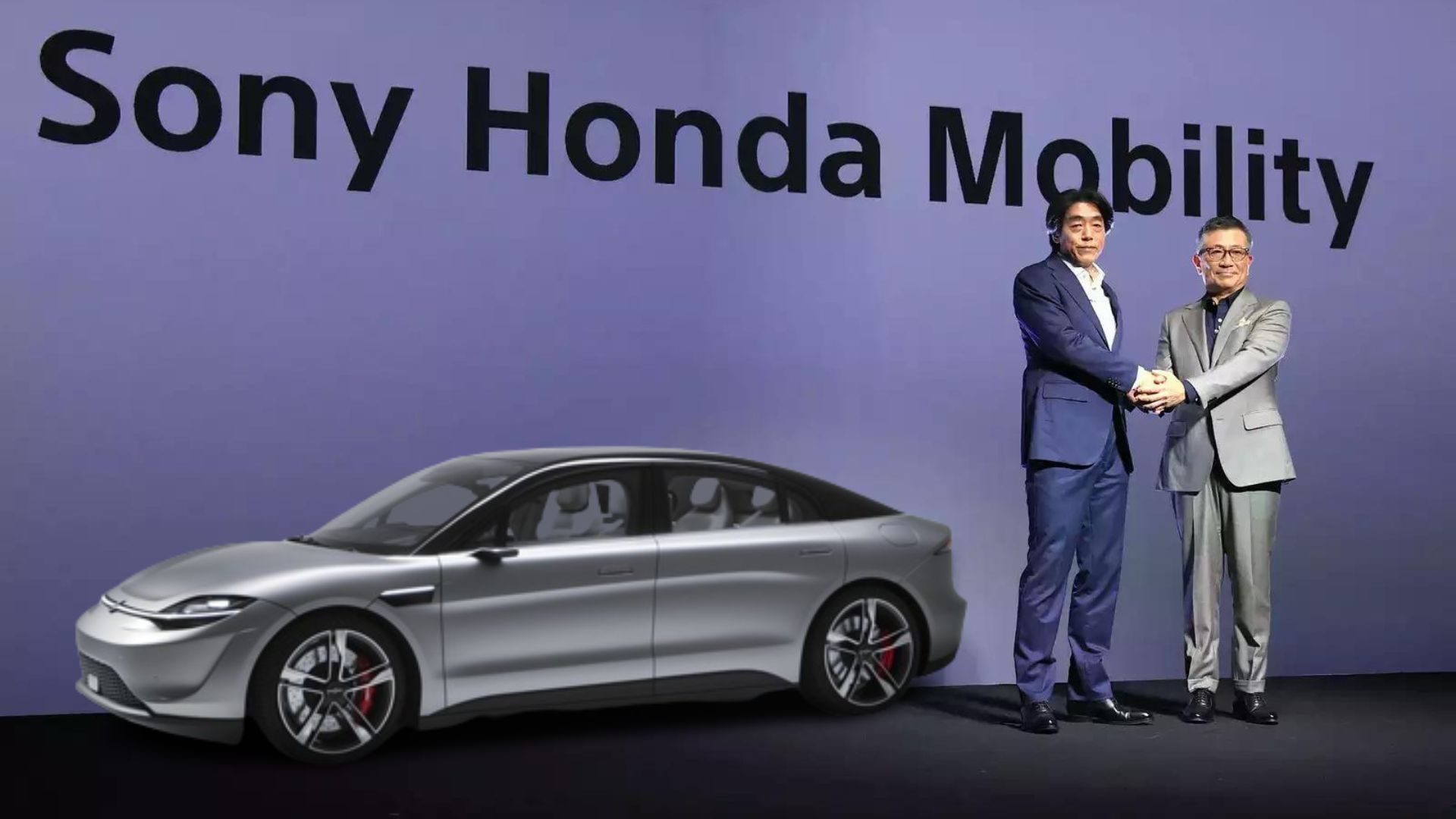 The news came crashing down on Thursday when the biggest brands Sony Group and Honda Motor announced that they will be working jointly on delivering EVs in the US in 2026 with the facility of placing pre-orders from 2025. Some actually believe that along with performance and safety, the new electric vehicles will offer connectivity options like music and others.

Let’s take a little sneak peek at these two brands on their EV journey.

The Sony Group of Japan launched a new electric vehicle firmly on April 1, 2022. According to its chairman, the corporation has stepped up its aspirations in the quickly expanding market.

According to the chairman, Sony Mobility Inc. will be introduced in the North American market, and it plans to use it to investigate entering the electric vehicle industry. Sony has, however, already disclosed a prototype car that is undergoing road testing.

Honda, which currently only offers one electric vehicle (the Honda e) and will roll out 30 electric vehicles worldwide by the year 2030. Out of the usual annual Honda production of 5 million units, their combined volume will be more than 2 million. Remember that this is coming from a firm whose later Clarity Electric mid-size sedan was withdrawn from the market when its EPA-rated range of 89 miles was proven to be uncompetitive and its compliance-car Fit EV manufacturing was limited to 1400 units.

Two “sporty” EVs, one of which will be the replacement for the recently discontinued Acura NSX, will be included in the 30 future electric vehicles. But in keeping with the worldwide trend, anticipate that the majority of the new EVs will be crossover utilities.

What is this joint venture about?

In June, Sony and Honda partnered to create a new business that will sell electric vehicles and other mobility services.

Based on our vision to ‘make the mobility space an emotional one’, Sony’s initiatives in the mobility business are centered around the three areas of safety, entertainment, and adaptability,” Kenichiro Yoshida, Representative Corporate Executive Officer, Chairman, President, and CEO, Sony Group Corporation, had said in a statement.

The new business, Sony Honda Mobility, aims to combine Honda and Sony’s respective specialties. Honda’s cutting-edge environmental and safety technologies, mobility development skills, car body production technology, and after-sales service management expertise will be available to the new company. Additionally, it will benefit from Sony’s experience in the creation and use of imaging, sensing, communication, network, and entertainment technologies.

At the new company, we will strive to create new value through the fusion brought about by the combination of our different industries, so please look forward to future developments,” said Toshihiro Mibe, Director, President, Representative Executive Officer, and CEO, Honda Motor Co., Ltd.

This new amalgamation will set fire to the EV world as Honda brings trust in the vehicle segment while Sony ensures adding other sets of fiery elements in the EV automobile. The reason why the company wants to step foot in the US market is that the U.S. is making rapid strides in the development and market adoption of electric vehicles.

The rollout gives North America, one of Honda’s most significant markets, priority. The part was also played by EV-friendly incentives and laws, notably those in California.