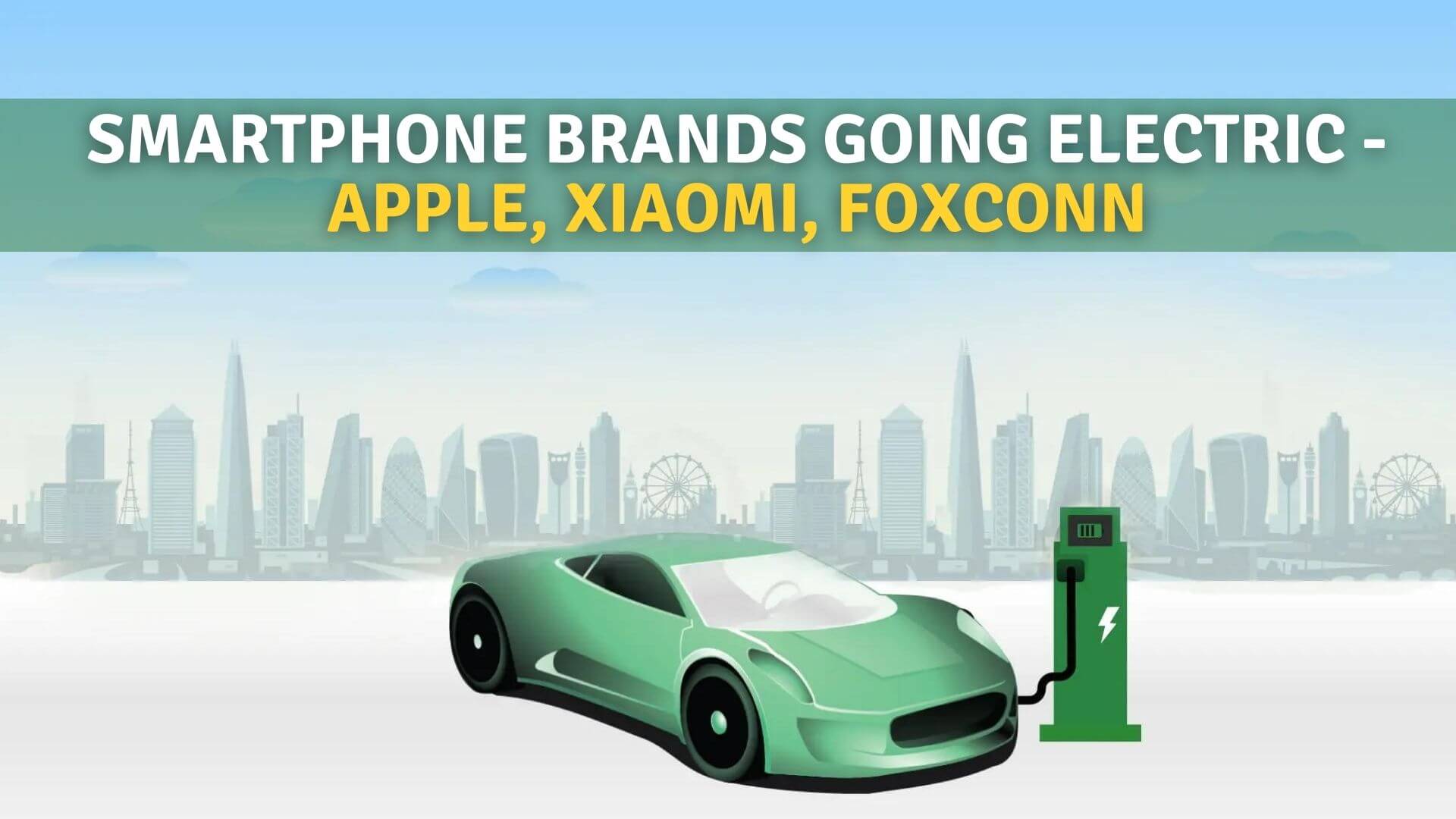 Leading smartphone manufacturers, companies are starting to work on electric cars and this can be a good thing for building the electric vehicle ecosystem and moving towards sustainability. The list includes Apple, Xiaomi, and Foxconn are going to soon launch their Electric car. Let’s have look at the snapshot:

Xiaomi EV – In the first half of 2024, Xiaomi plans to release its first electric vehicle. Earlier this year, the smartphone maker announced its debut in the electric car market.

Foxconn – maker of Apple iPhones and with a large manufacturing facility is expected to bring its own electric car.

With R&D facilities and large teams in hand, this company has a huge advantage in hand and they are already working with Taiwanese automaker Yulon Motors and have unveiled three prototype vehicles. No exact details were revealed but we can expect some in the near future.