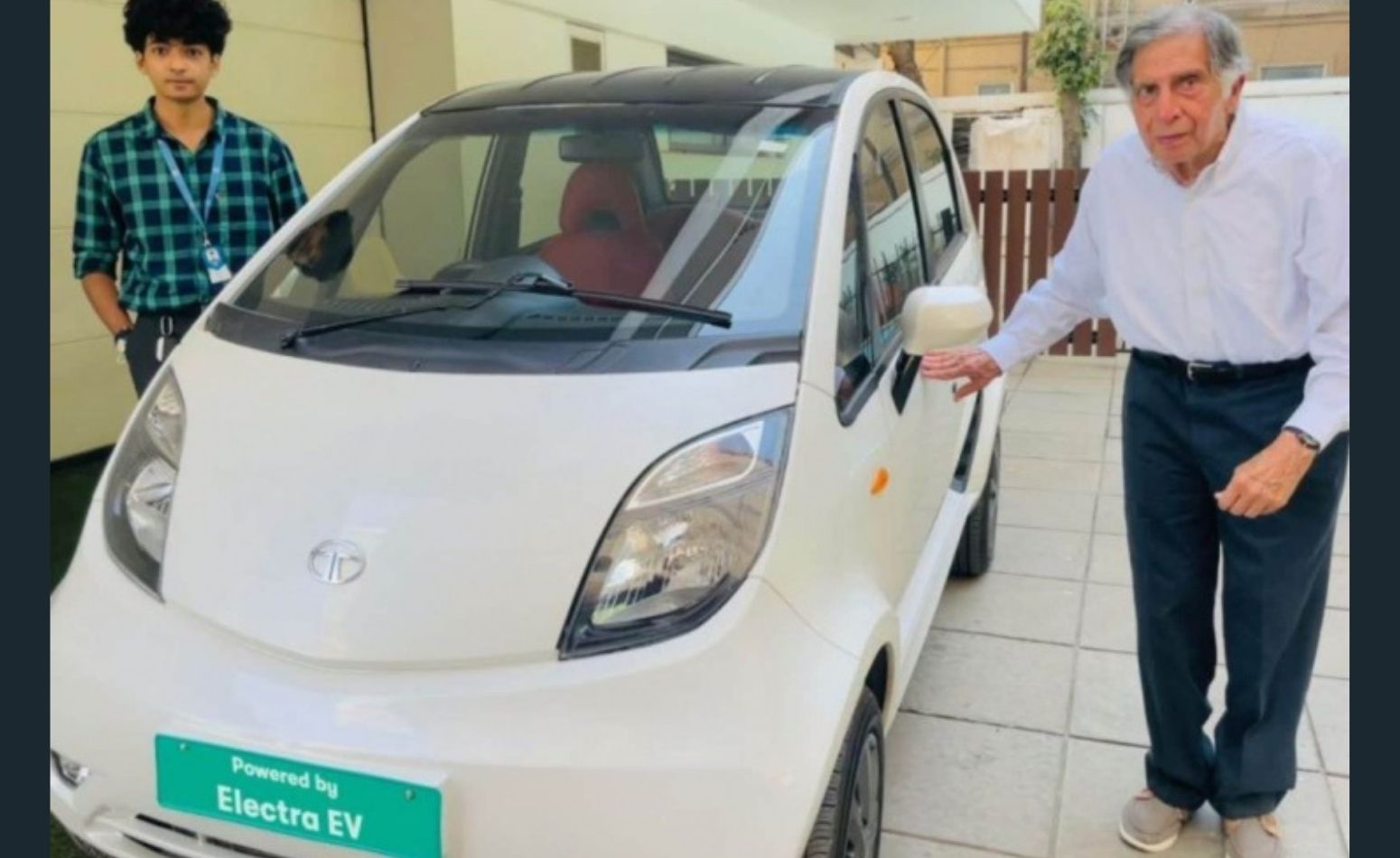 Ratan Tata was seen arriving at the Taj Hotel in a white-colored Tata Nano electric car (gifted by ElectreV). When he was sitting on the co-passenger’s side, his young personal assistant Shantanu Naidu was driving him.

Unlike some of India’s notable businessmen, who are usually seen commuting in super luxurious cars and other premium cars accompanied by security personnel, Ratan Tata was seen driving the Nano EV without a single bodyguard with him.

With all the revision work done by the Electra EV, this customized Nano gets an electric powertrain in place of the 624cc two-cylinder petrol engine. It is powered by a 72V powertrain made from a Nano Super Polymer Lithium-Ion battery, which claims a maximum driving range of 160 km, while it can accelerate from 0-60 kmph in less than 10 seconds.

Ratan Tata believes in offering an affordable electric car to every Indian citizen who dreams of having the best car with good quality and features.