The all-new Range Rover rides on an all-new chassis architecture that allows a fully electric powertrain to be installed in the vehicle for the first time. The company also confirmed the launch of an electric Range Rover in 2024.

As of now, the company has not revealed any details of the EV variant. The electric version of the new Range Rover could be sold as both Battery Electric Vehicle (BEV) and fuel-cell-powered electric vehicle (FCEV).

As per the Reports, it is packed with a battery pack of at least 100 kWh and a WLTP range of at least 500 km. Before launching the electric Range Rover, the company will also sell plug-in hybrid versions called the P440e and P510e. Both have the same 3-liter six-cylinder engine and the same 140 horsepower electric motor.

These hybrids include the same 38.2 kWh battery pack with a usable capacity of 31.8 kWh. While the WLTP range is up to 100 km on a single charge, they also mention a real-world range which is around 80 km. 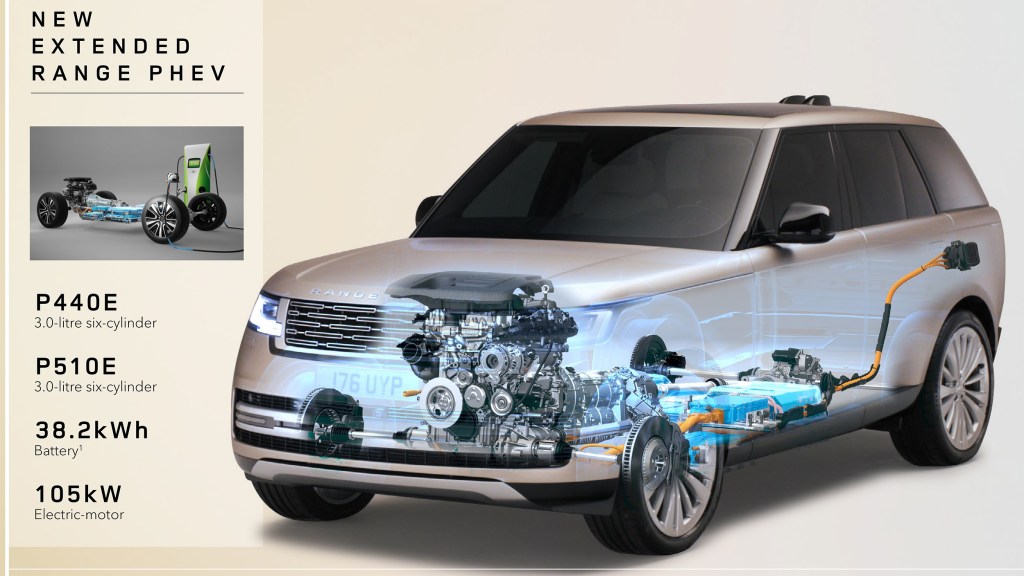 The new range of PHEVs can be driven at a speed of 140 kmph on an electric battery alone. While it can be DC fast-charged in an hour, the onboard charger takes up to five hours to fully charge the battery.

They also have driving modes like Hybrid Mode, EV Mode, or Safe Mode like most modern PHEVs.