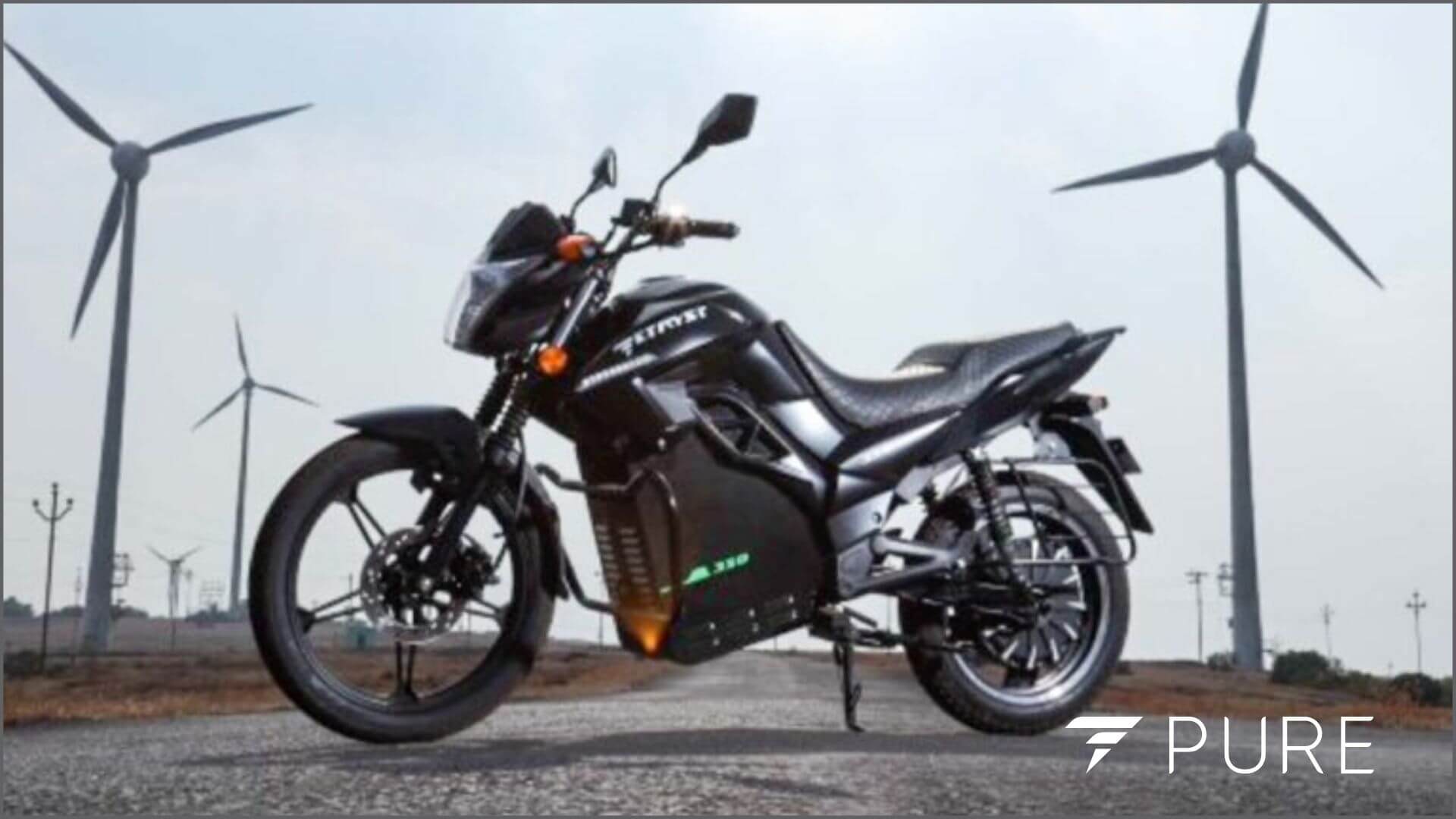 PURE EV, an electric two-wheeler manufacturer based at IIT Hyderabad, teased on Twitter that the companies are all set to launch their first electric bike in India under the name “ETryst 350”.

Currently, the company offers six electric scooter models in India including the EPluto 7G, EPluto, and ETrance+. It also gets an ETrance electric step-through and two electric cycles, the Ignite and the ETron+.

Now, the company has announced that it will introduce its first electric motorcycle later this year. Named the ETryst 350, the electric bike is expected to launch in the first half of 2022 and will be completely designed, developed, and manufactured in India. 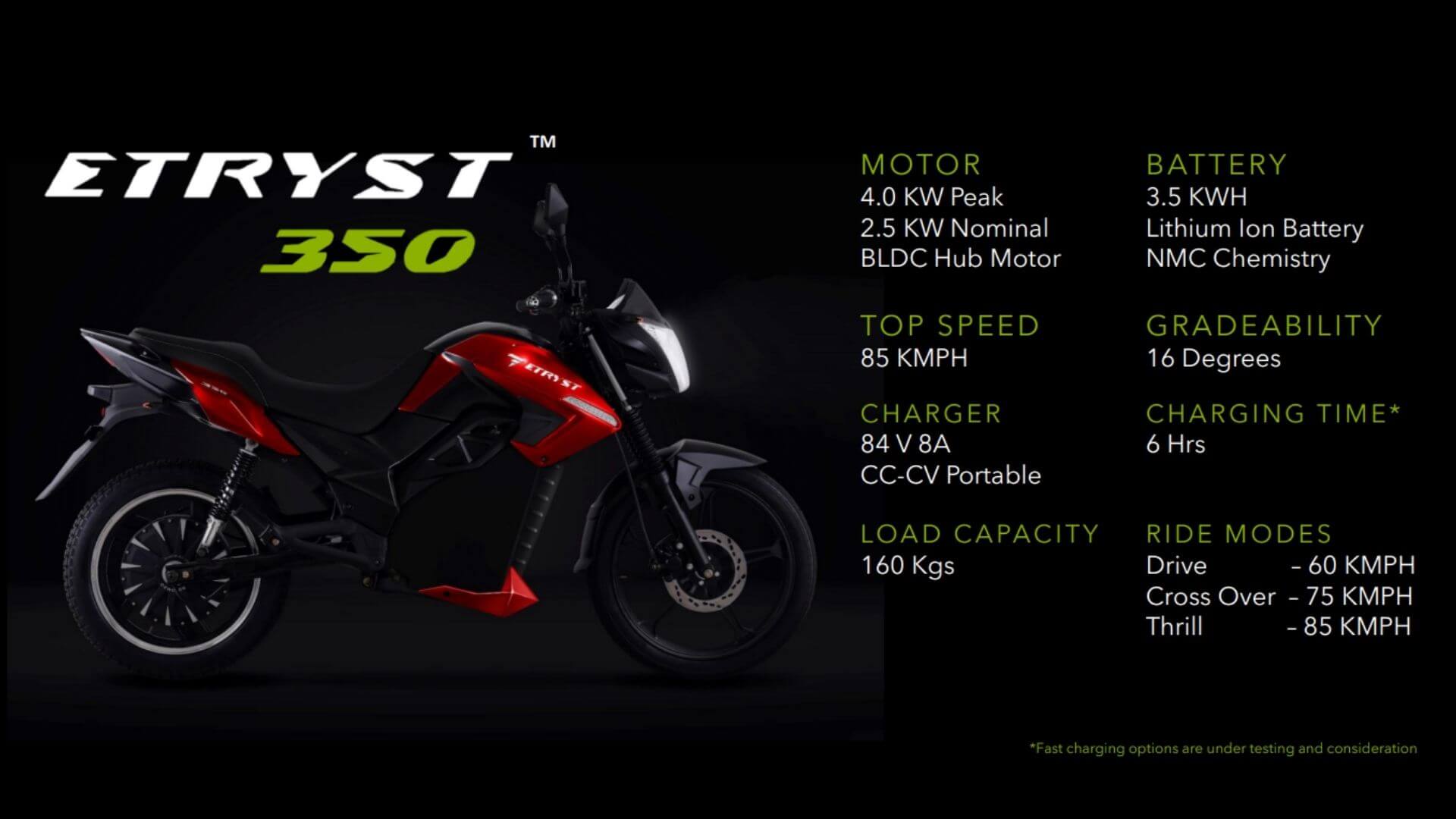 Pure EV ETRYST 350 will be powered by a 3.5kWh battery pack that can provide a range of up to 85kmph on a single charge. the Electric bike gets three driving models following are:

The e-bike can accelerate from 0 – 40 KMPH in 04.4 Sec and  0 – 60 KMPH in 07.4 Sec. also, It can clock a top speed of 85 kmph and the company claims to deliver a ride experience on par with its IC engine counterparts. It also comes with 5 years warranty with a battery.

The ETryst 350 will be the first fully-electric motorcycle from the Brand and it is expected to be priced between Rs 1.20 to 1.50 lakhs and will directly compete with the Revolt RV400 and Tork Kratos in this price range.

The company was announced the ETryst 350, the electric bike to be launched on August 15, 2021, was postponed due to some circumstances and now, the company will launch its first fully electric motorcycle in the first half of 2022, with Expected to be priced between Rs 1 to 1.5 lakh.