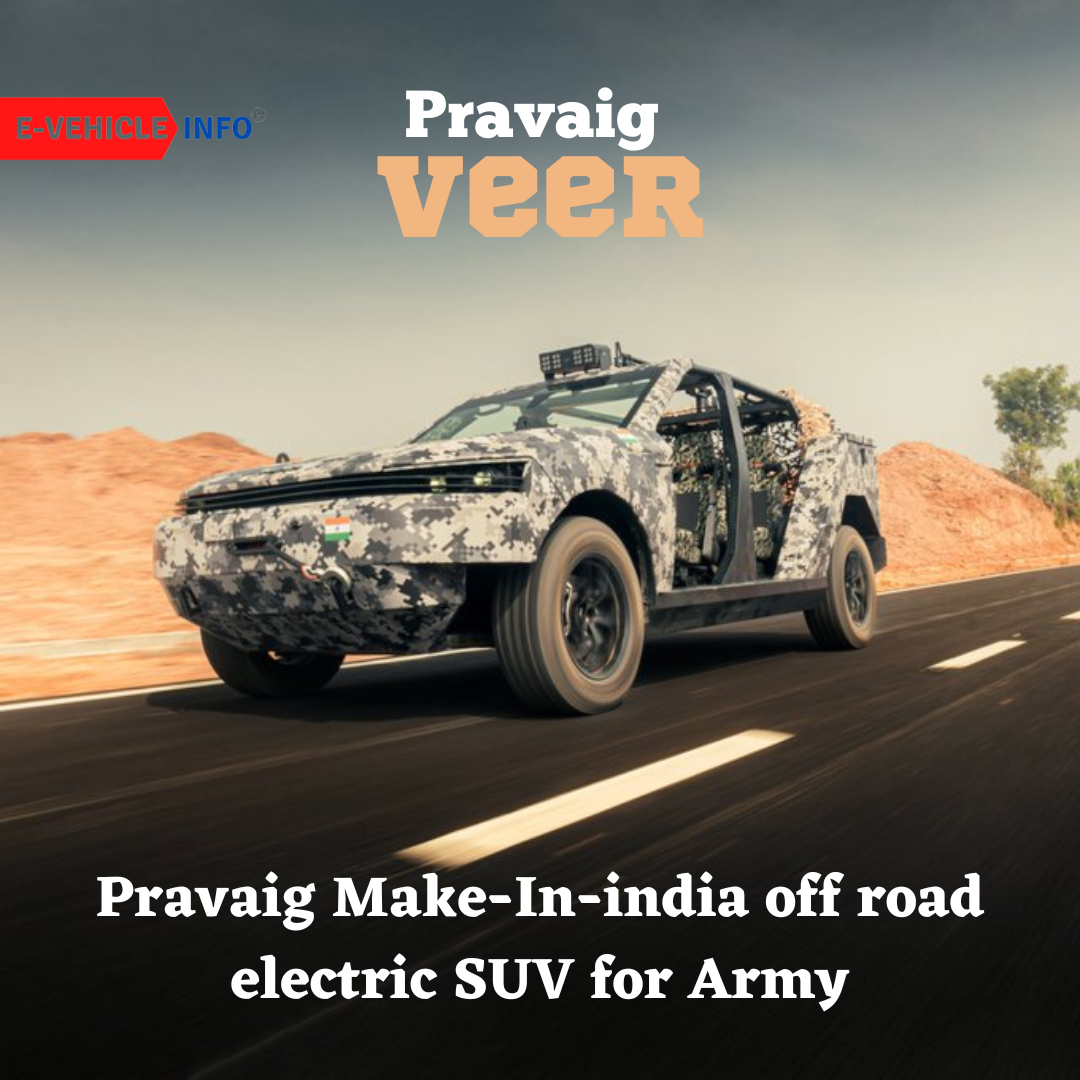 Pravaig Dynamics a Bangalore-based company launched its new electric SUV car “Defy” for 39.5 lakhs last month along with they showcased another off-road Electric SUV “Veer”. With increasing development in the EV sector, we can now see the Indian Armed forces venturing into the electric vehicle segment. How? we ask. Pravaig recently saw testing VEER and announced that this model can be used by the Indian armed forces, explorers, and national parks given its camouflage appearance.

Pravaig Dynamics also made an announcement where they said, “Unleashing 400 horses on the toughest terrains, ‘VEER’ ke aage jeet hai” which makes us believe that they will be partnering with the Armed forces in the future.

This vehicle will work well under challenging terrains since the Indian Armed forces have to work in different weather conditions ranging from high to low temperatures.

It can be used as an Automatic weapon that has a Garuda’s-eye view. However, a lot of other specifications are yet to unveil.

There are also a number of challenges to using EVs in the military, including handling difficult terrains, limited range, the need for specialized charging infrastructure, and the need for backup power sources in the event of a power outage. Despite these challenges, many militaries worldwide are exploring the use of EVs as part of their vehicle fleets.