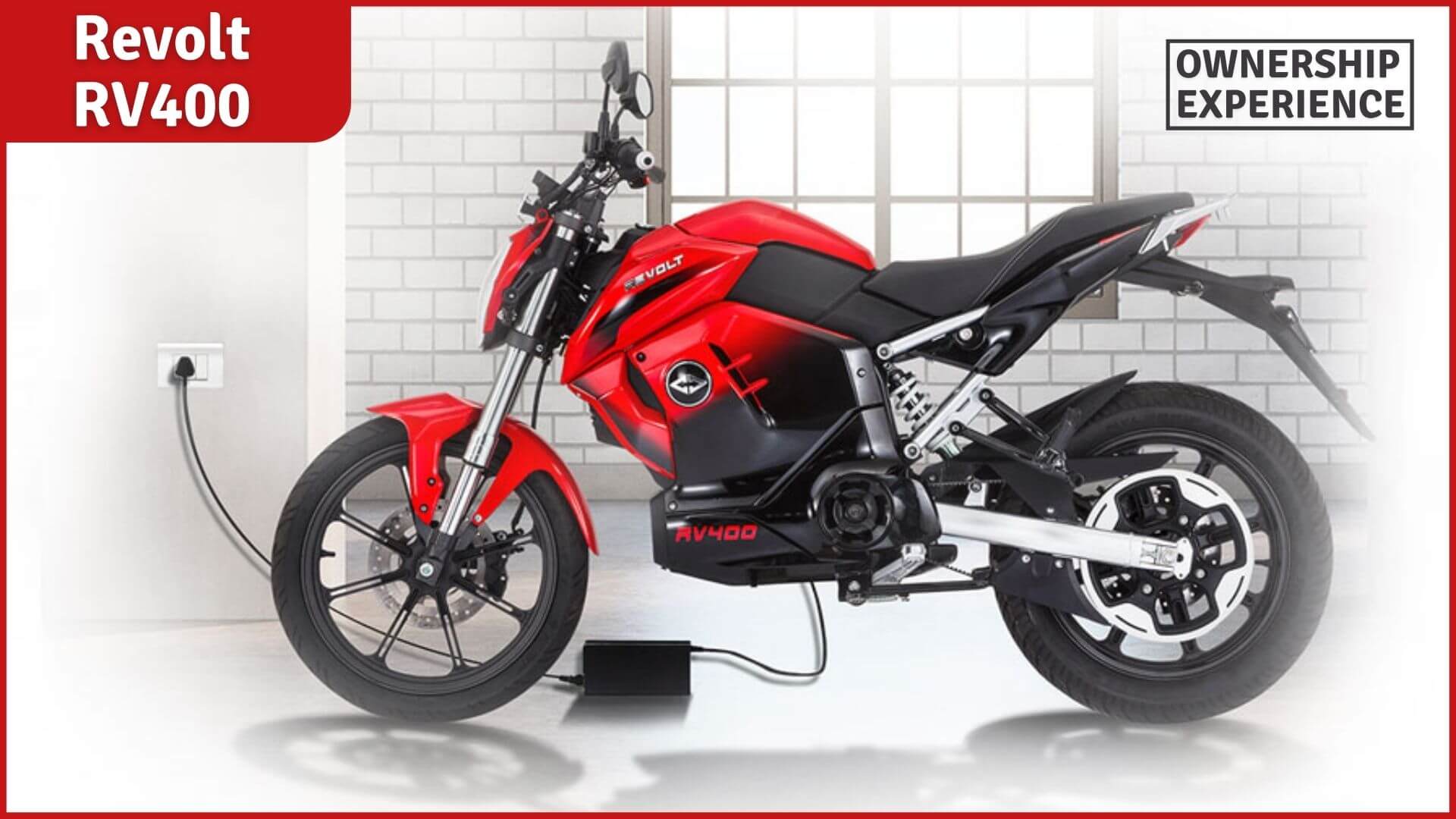 We all know this, and you don’t need me to tell you that the future is electric, with EVs soon moving into the mainstream mode of transportation. And, there’s so much going on and so many people have so much to say about electric vehicles, to be honest, there’s a firm one that not many people knew about yet.

Hello, I am Poojan Patel, live in Ahmedabad, and here I am sharing my ownership experience with Revolt RV400 after 1 year of usage, in this article, I will talk about RV400 Design, Performance, and Range and Riding Experience. Let’s first start with its design- 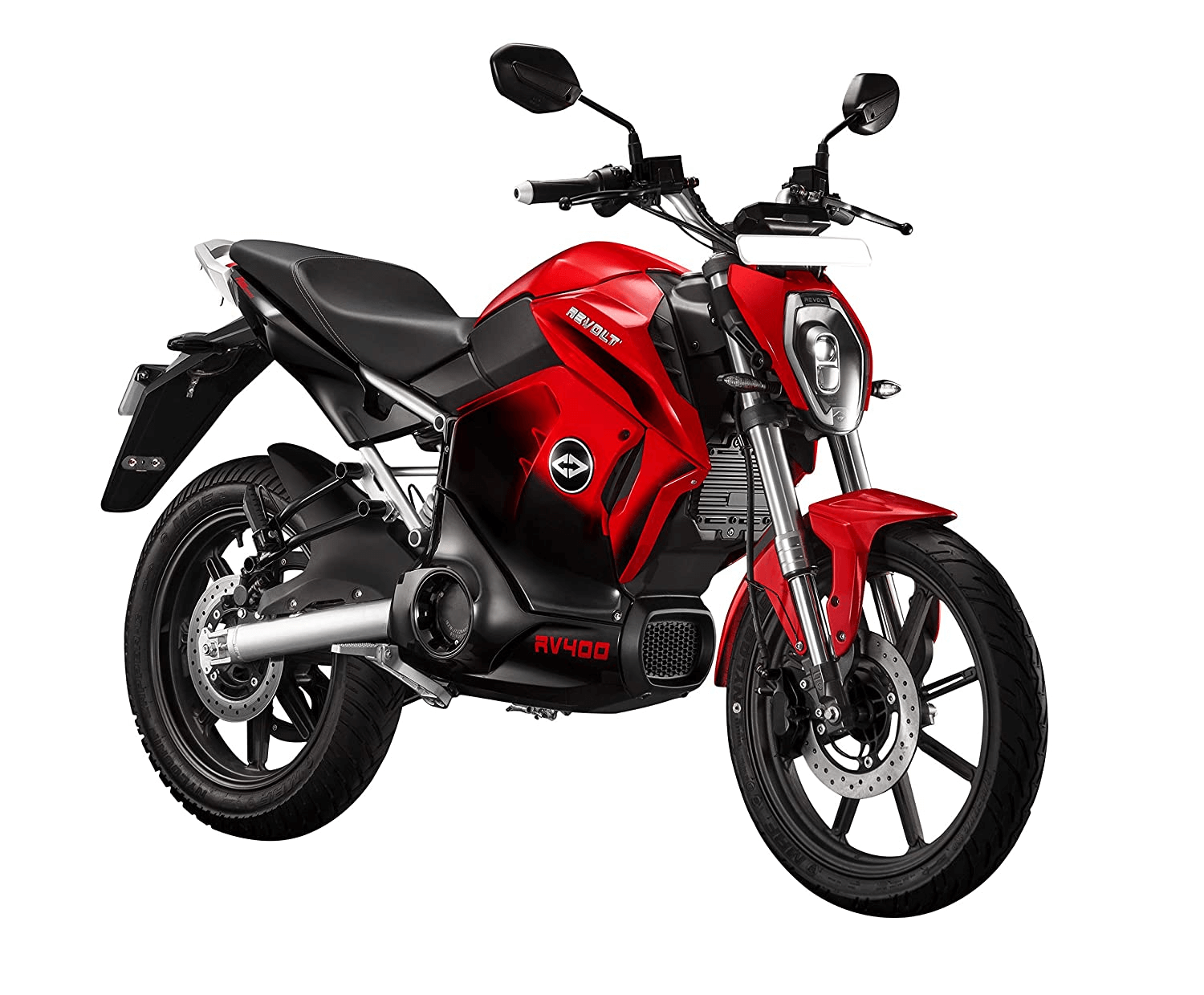 The first thing you’ll notice is the design of the motorcycle, and the RV400 does an excellent job in this regard. The section where you would normally expect to see an engine is covered up, giving the motorcycle a lot of bulk in terms of appearance, which, when combined with the sim headlight, gives it a bit of a street fighter vibe.

Adding to that is the high-rising, well, fuel tank region, which we’ll get to in a moment, and the sharply rising tail, which gives it a sporty appearance.

The red option jumps out the most of the two and has great artwork on the shroud that fades to black. The name of the motorcycle is interestingly put down below, which is a good touch.

The blacked-out 7-spoke alloy wheels contrast with the massive belt drive sprocket, which has a brushed metal surface and creates a beautiful contrast that looks especially fantastic while the motorcycle is in motion.

How to book the Revolt RV400

When you’re finished, Revolt will send you a confirmation and you’ll start receiving updates on your booking.

The Revolt RV400 is powered by a 72V, 3.24KWh Lithium-Ion battery and has a 3Kw electric motor. The bike can be charged completely in 4.5 hours and has a top speed of 85 km/h. and a maximum range of 140 kilometers.

This Electric Bike has three modes: Eco, Normal, and Sports.

The instrument cluster is the first thing you notice when you turn on the motorcycle using the push-start button (thanks to keyless ignition). Instead of a gasoline gauge, the battery % is displayed here, and instead of a tachometer, the ‘Ampere’ is displayed. Isn’t it cool?

More ingenious engineering can be found in the fact that the footpads can be swapped with each other for a more relaxed riding position, which is just brilliant.

Because there is no sound, the only way to tell if the RV400 is turned on and will drive forward if you twist the throttle is by the small indicator on the display that says ‘Ready.’ Of course, one distinguishing element of the RV is the option of having a sound. Not one, but four lights can be turned on and off at the press of a button.

But here’s the catch with this functionality.

The sound isn’t exactly that loud in real life. And because there are no gears on the motorcycle and all of the sounds come from a much larger motorcycle, the entire auditory experience ends up sounding far too false.

It’s a personal preference, but I ended up turning it off completely. In summary, the soundtracks are gimmicky, but I truly enjoyed the electric motor noise. It’s one-of-a-kind and sounds appropriately futuristic.

The first thing you should know about RV 400 is that it has a bit of a learning curve. There is no gear shifter, foot brake lever, or clutch. It receives a combined braking system, similar to that found on scooters, despite the fact that it is a motorbike. As a result, it takes some getting accustomed to.

Also, the brakes seem wooden and lack bite and feedback, which isn’t due to the weight of the motorcycle, which, unexpectedly, Revolt has done an excellent job of keeping low.

Then there are three riding modes to choose from, each of which alters the throttle sensitivity, which has a jerky on-off transition and could have used some fine-tuning. The powertrain feels polished and progressive after you get over the initial throttle movement. 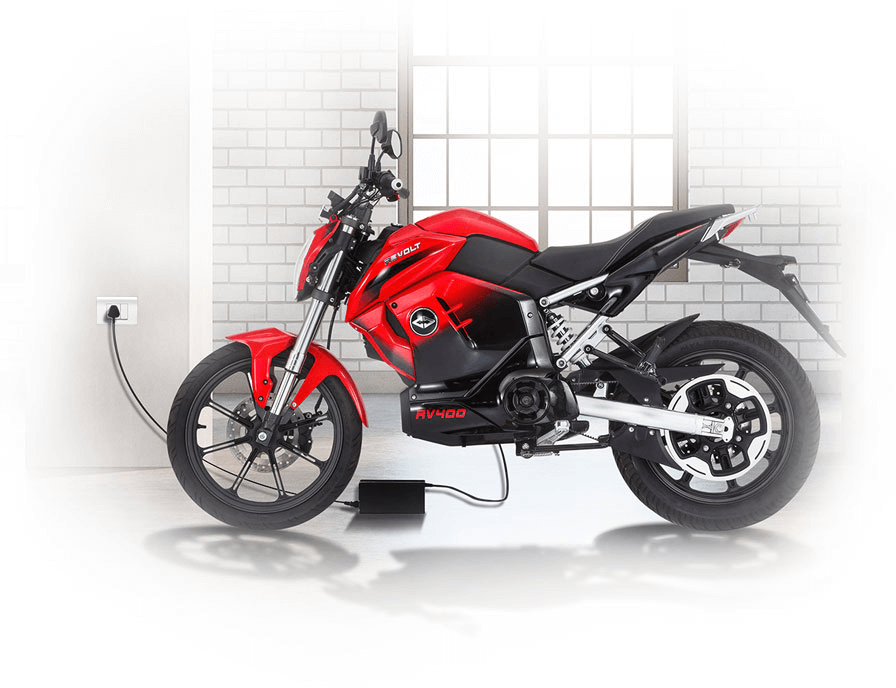 A typical 15-ampere socket takes four hours to charge the battery from 0% to 100%. This leads us to the charging procedure. There are now four options for charging this motorcycle.

You can charge it directly by plugging it into a socket. Then there are three more ways to charge it, but each has its own set of concerns, the most serious of which is the weight of the battery, which is a monstrous 18 kilos and simply too heavy.

This means that, while you can remove the battery to charge it on its own, transporting an 18-kilo battery anywhere will be difficult. 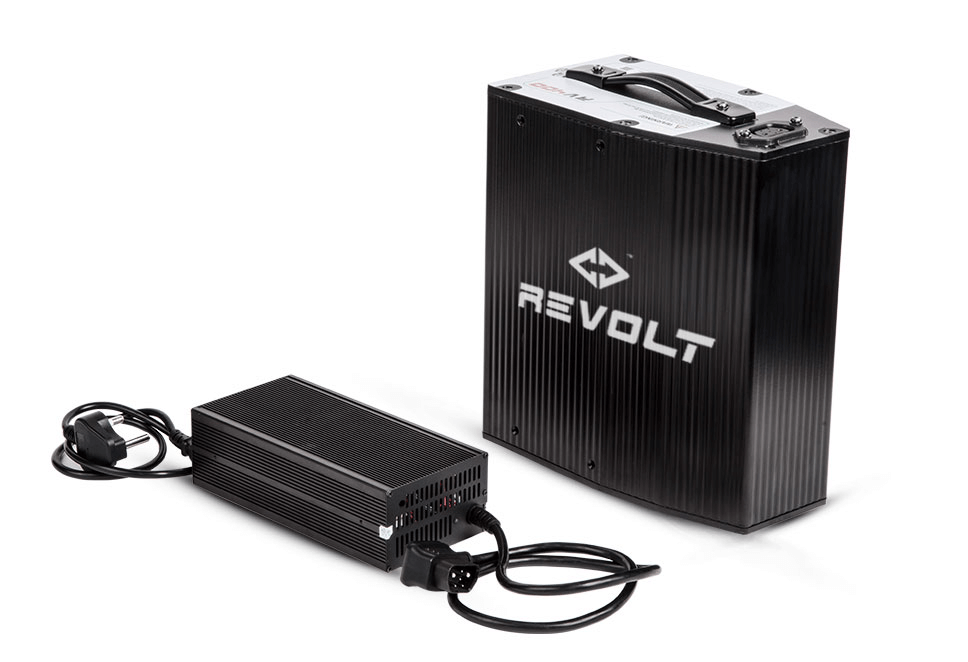 Furthermore, the battery must be pulled out vertically, making the process much more tedious and laborious. You can exchange the battery at a swapping station, but we’ll have to see how many of those sprouts up near you.

Finally, you can use a smartphone app to get a fully charged battery wherever you want it, but you’ll need an 18-kilo battery for it. Of course, there will be a cost associated with getting a battery or swapping it at a station, and we do not yet know what that will be at the time of riding this.

The Revolt RV 400 elicits a range of feelings:

It’s an intriguing concept, and to some extent, a product. And it’s almost incredible how much Revolt Motors has accomplished in such a short period of time.

Coming out with a motorcycle rather than an electric scooter will undoubtedly help it develop its own identity and separate out from the crowd, and honestly, it deserves all of the enthusiasm surrounding it as well. But, given the current state of the battery and charging infrastructure, I’m not sure whether it’s a blanket suggestion for folks, at least not yet.