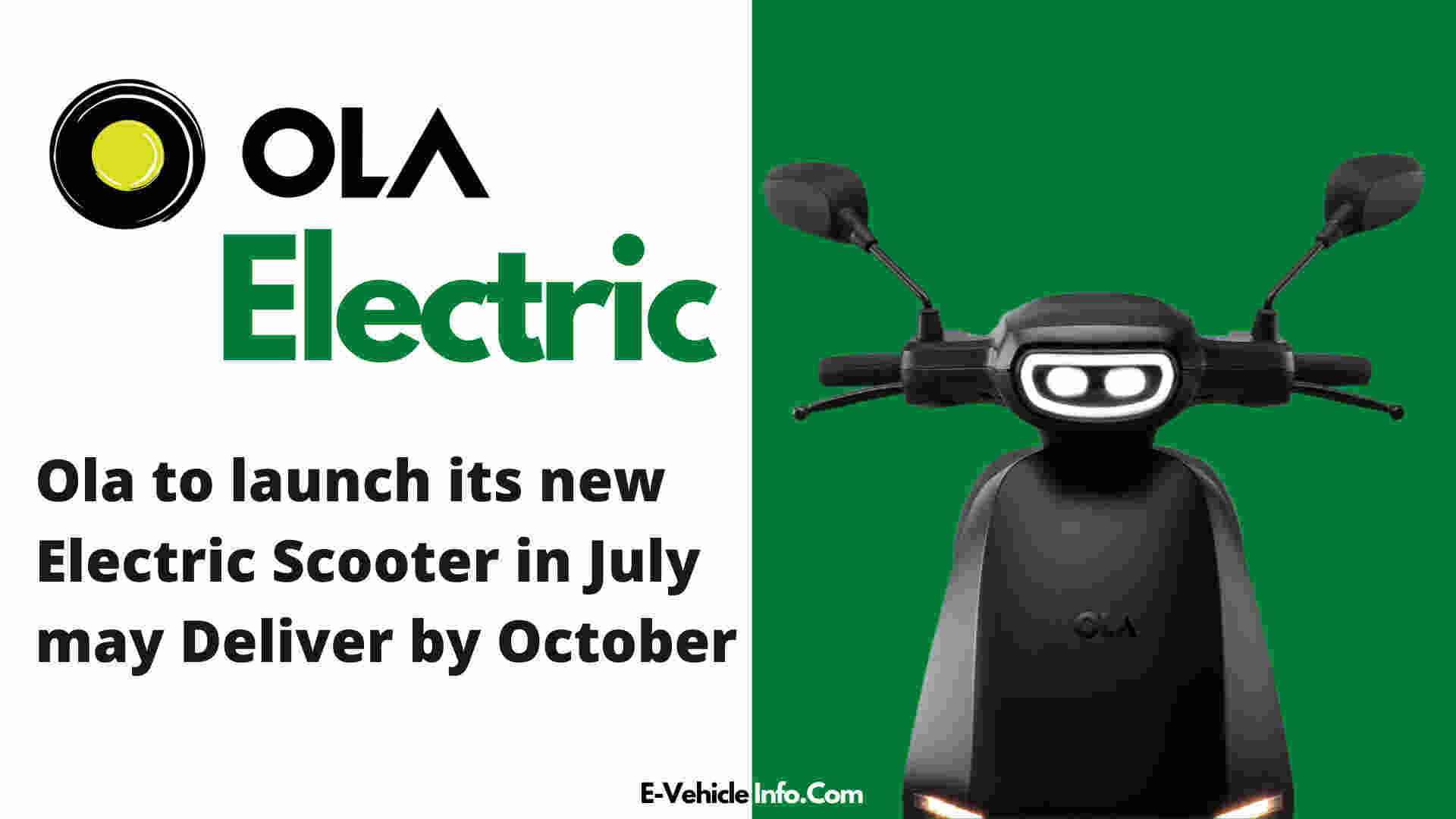 Ola will launch the new Electric scooters in July and deliveries may start by October. Ola Electric has not officially revealed its launch date. But as sources say – it will bring its electric scooter to the Indian market by July this year, and is working on setting up a ‘hyper charger network’ to cover one lakh charging points in 400 cities.

Last year, Ola had announced a Rs 2,400 crore investment for setting up its first electric scooter factory in Tamil Nadu.

Upon completion, the factory will create nearly 10,000 jobs and will be the world’s largest scooter manufacturing facility that will initially have an annual capacity of 2 million units.

In the first week of March 2021, Ola Electric Mobility Pvt Ltd., the subsidiary of Ola, announced that it would be setting up the World’s largest electric Scooter plant in Hosur, Tamil Nadu. The plant is named ‘Ola future factory‘. Mr. Bhavish Aggarwal, a 35-year-old co-founder of the Indian mobility provider, invited journalists to show the 500-acre electric scooter manufacturing site in the Krishnagiri district of Tamil Nadu.