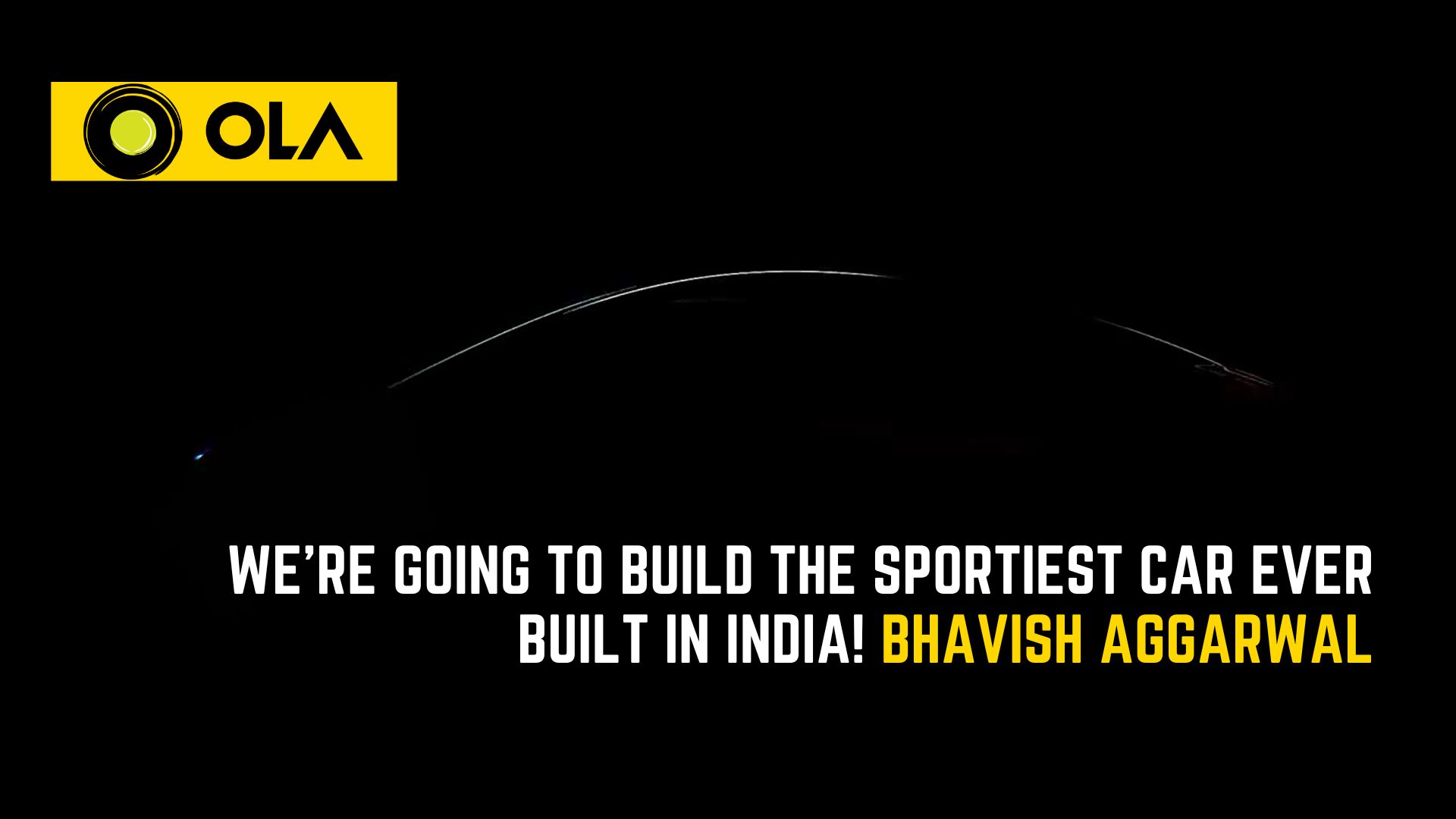 Ola Electric, an electric two-wheeler manufacturing company, is all set to launch its new electric cars in India, and the company has been sharing leaks for so long.

Now the company’s CEO Bhavish Agarwal has informed us on Twitter that “We are going to make the sportiest car ever in India” and shared a sneak peek of Ola’s upcoming sports electric car.

We’re going to build the sportiest car ever built in India! 🏎🏎🏎 pic.twitter.com/IyMKgQvTOi

As revealed by the CEO, the upcoming Ola electric car will be a sports electric car for the Indian four-wheeler market and looks like a sedan car.

Recent leaks suggest that the company is planning to launch two of its new electric cars in India, one for the affordable price segment and the other will be a sports sedan.