India expects the Electric Vehicle market to hit over 65 lakh unit mark annually by 2030, as stated in a report by India Energy Storage Alliance (IESA). There has been a continuous push for electric vehicles and home-grown technology in line with PM Narendra Modi’s Atmanirbhar Bharat vision. The ‘Ola Future Factory’ will be a major carrier of this vision.

In the first week of March 2021, Ola Electric Mobility Pvt Ltd., the subsidiary of Ola, announced that it would be setting up the World’s largest electric Two Wheeler plant in Hosur, Tamil Nadu. The plant is named ‘Ola future factory‘.

The 500-acre site will easily make it the world’s single largest Electric two-wheeler manufacturing plant in the world. High on sustainability, Ola Electric claims there will be 100 acres of forest cover around the factory, with manufacturing operations powered by solar and renewable energy covering 2 acres of forest inside the factory. Considering the climate changes, the company aims for carbon-negative operations in their factory.

The Ola Future factory will be having carbon-negative solar paneled roofs.

This Ola future factory would also lead to the creation of almost 10,000 new jobs. The factory will be 90% automated with 3000 robots for precision in manufacturing the ola electric scooter in India. Ola has chosen ABB Robotics as one of its key partners for the automation of its mega-factory project.

The ABB Automation Robots are being digitally integrated into Ola’s artificially intelligent factory to optimize performance, productivity, and product quality. 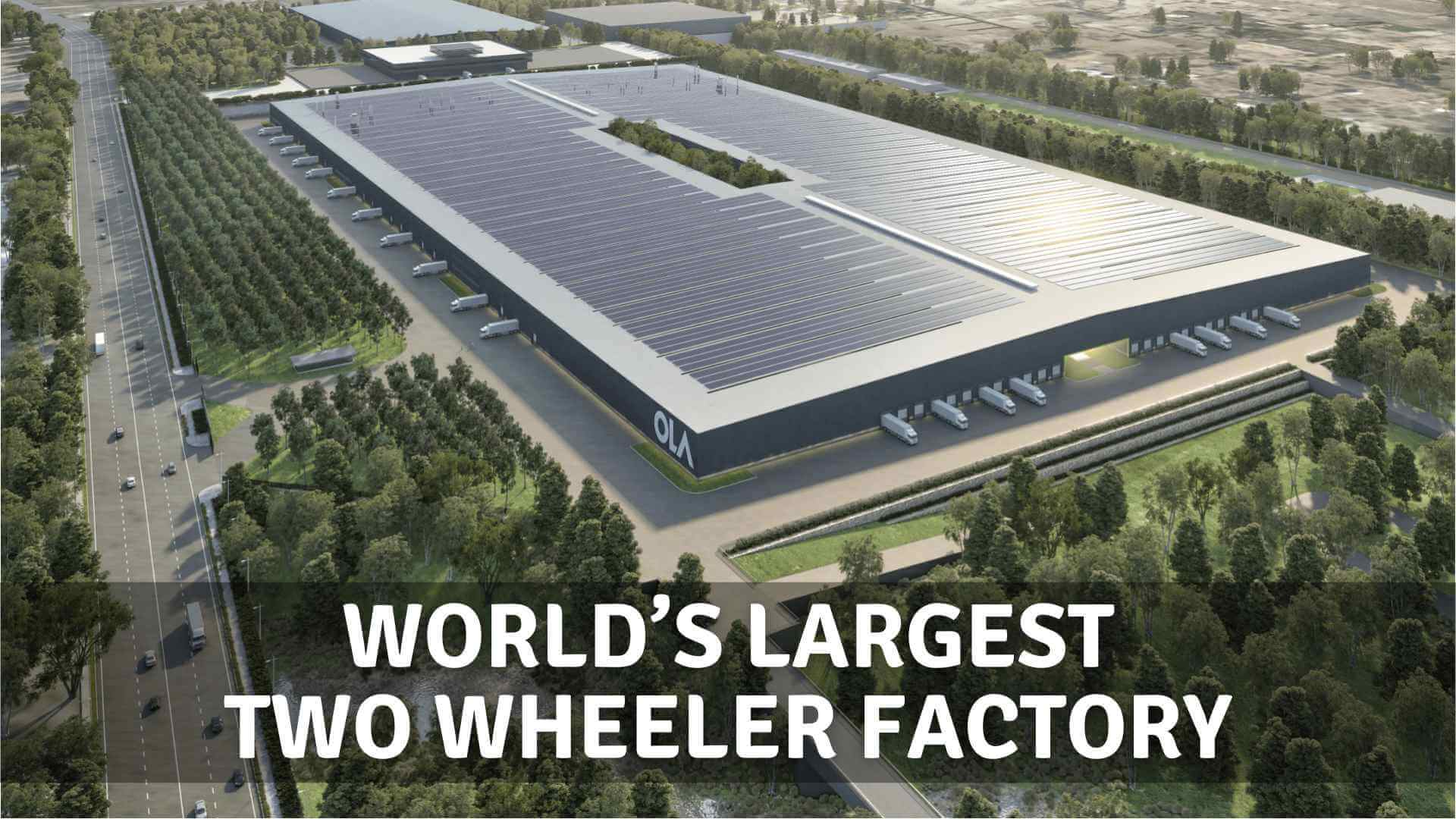 Ola wants to own the entire EV value chain- right from engineering, manufacturing, and also the sales of electric vehicles. It is beginning with its ola electric scooters and plans on building Electric cars in the future.

Ola Electric has started the online reservation of all its new electric scooters and it has been officially confirmed by Bhavish Agarwal, CEO, Ola Electric, the company will launch its new Ola electric scooter on 15th August 2021.

On the independence day, Ola Electric has finally launched its electric scooter — base variant S1, and top-end version S1 Pro — at a disruptive price of Rs.1 lakh, and Rs.1.3 lakh respectively. With state subsidies, the price is even lower. 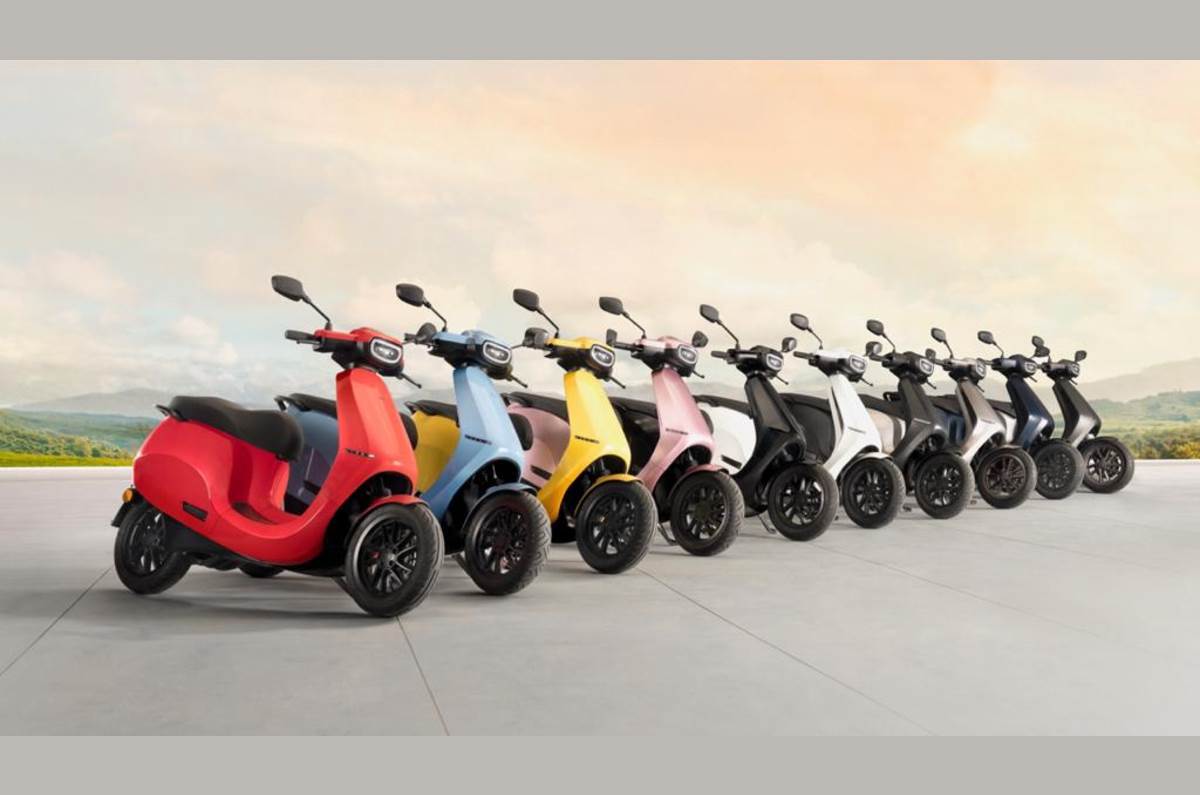 The factory aims to produce 10 million ola electric scooter units annually or 15% of the world’s e-scooters by mid-2022. Ola also boasts that one e-scooter will roll out every two seconds after the plant expands. About 30%-40% of the production will be earmarked for exports across Europe, the U.K, America, Australia, and New Zealand.

Ola seeks to transform itself from being a mobility services provider to a player in designing a low-cost electric vehicle market globally, modeling itself on Elon Musk’s Tesla Inc.

We’re not the Tesla of India; we’re the Ola of the world.

High acquisition cost than ICE vehicles, scarcity of proper charging infrastructure, skepticism about electric vehicles are key reasons behind this low EV adoption rate in India. However, with the growing focus on electric mobility, the number of consumers is increasing.

The electric scooter market in India is growing gradually. India currently has Ather Energy, Okinawa, Bajaj, TVs, and the upcoming Ola electric scooter. Another name looking to mark its manufacturing in the e-scooters is a Bengaluru-based company called Simple Energy. In such a scenario, Ola electric aims to grab the niche segment where it will focus on selling electric scooters at an affordable price.

Ola Electric introduces the future of mobility, the most advanced electric scooter In India is the Electric Two-Wheeler Redefining the benchmarks for features, quality, comfort, and sustainability. Ola’s e-scooter, which is all set to be launched on 15 August 2021, is expected to be priced at ₹1-1.2 lakh.

Ola is setting up the world’s largest electric scooter plant at Hosur in Tamil Nadu with an investment of Rs 2400 crore. The plant is named ‘Ola Future Factory’. The plant will produce an annual, 10 million two-wheeler.