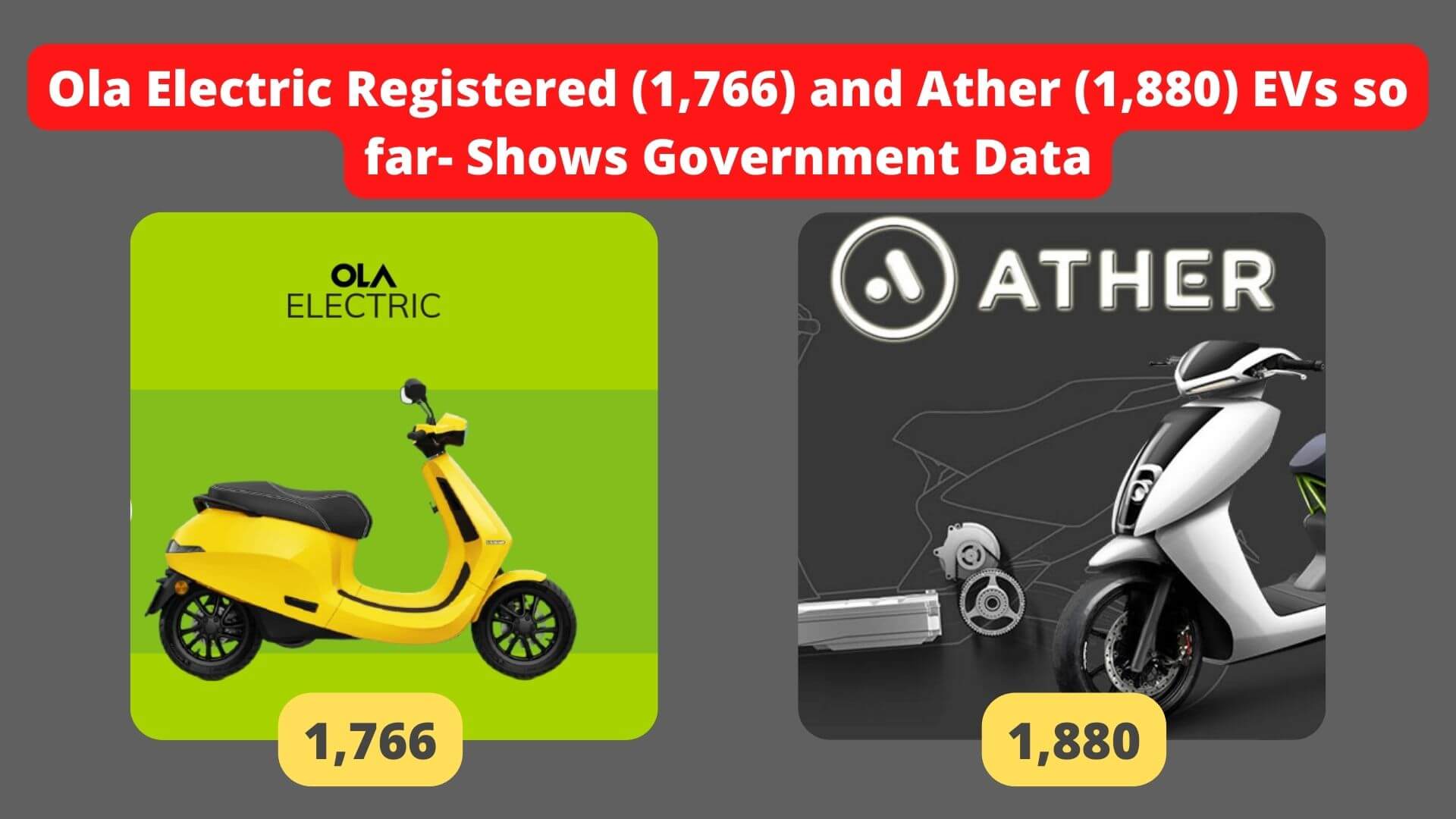 According to the government’s Vahan dashboard data, Ola Electric has registered a total of 1,766 electric scooters in India since December 15.

In response, The company has claimed that the sale of electric scooters in the month of December was around 4,000.

To put things in context, EV registrations for rival Ather stood at 1,880 as per the vehicle dashboard for the month of January, while the company said it sold 2,825 units during the month.

Read More: Ola E-Scooter Went Into Reverse mode at Speed of 102kmph Due to software Issues