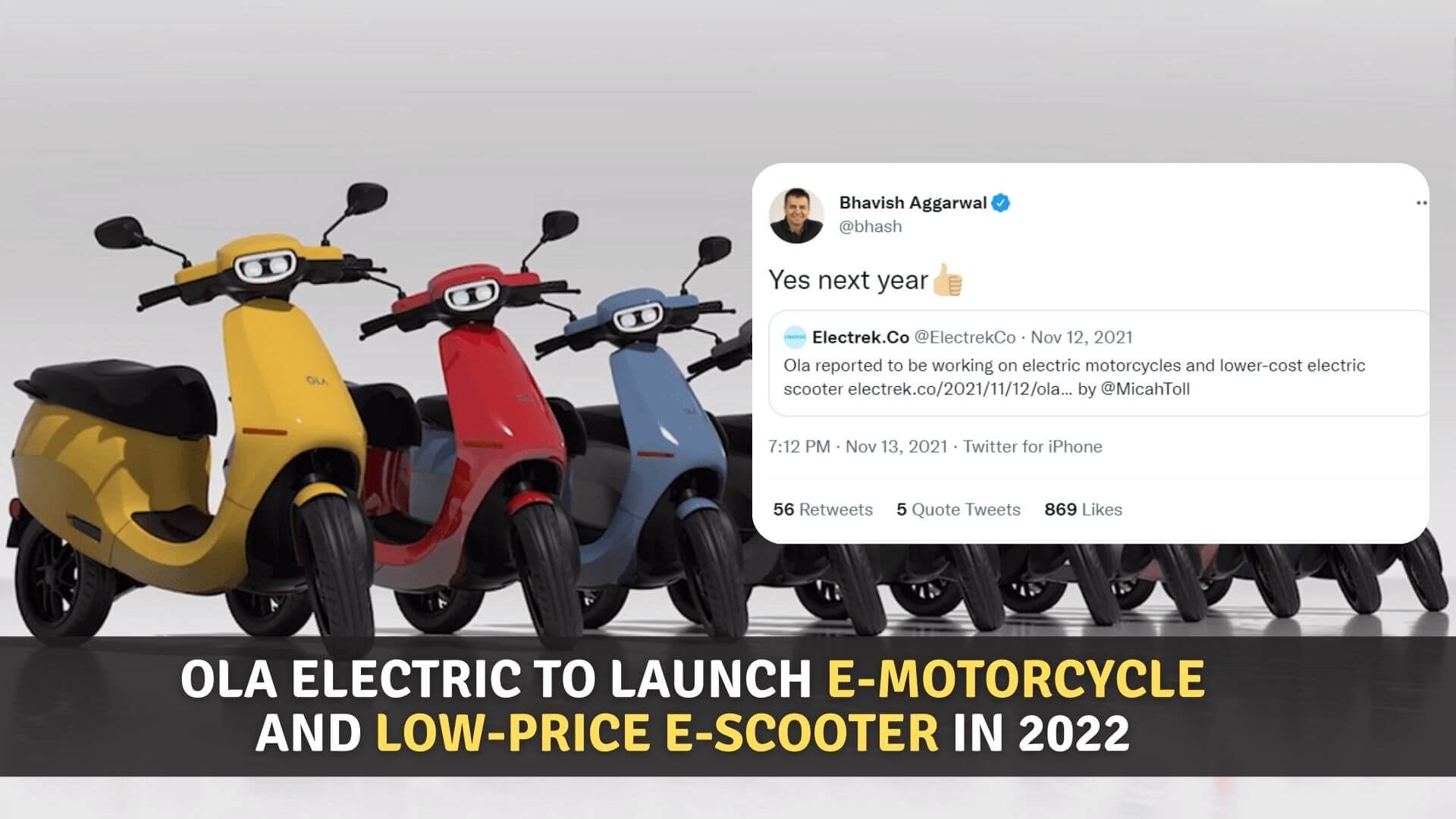 The company’s CEO Bhavish Agarwal (Ola Electric) has confirmed via social media that the company is planning to launch its electric motorcycle and affordable electric scooter in 2022.

Ola Cabs co-founder Bhavish Agarwal on November 13 confirmed the news on Twitter that the company is working on an electric motorcycle and affordable electric scooter variants.

With the electric market segment booming in India, Ola electric, which has already marked its entry in the two-wheeler segment back in August 2021, entered with its S1 and S1 pro electric scooters which was a massive hit.

The audience gave much love to these two models to the extent that the first batch completely sold out within a few days of the launch. Now, Ola Electric is planning to target the “ Affordable Electric Motorcycle” segment in the coming days as well.

Though the S1 and S1 pro versions were a massive hit, for many customers it was non-pocket friendly. These models were priced at Rs 99,999 and Rs 1,29,999 which was before subsidies.

Ola Electric is now planning to trim these monetary cons by introducing Low-Price Electric Scooter variants in 2022 which would be priced within the budget of those customers who were not satisfied with the previous models.

Though Ola’s upcoming Affordable Electric Scooter would be priced comparatively less than the S1 and S1 pro, they would miss out on some of the features which these two had like a less sophisticated instrument console, no cruise control, lack of voice commands, along with a smaller battery pack and electric motor.

However, irrespective of the major features lacking, these upcoming budget-friendly electric Scooters would not compromise on the range. On a full battery charge, they would cover a distance of 100 Kilometers. There is no information released on their design type yet it’s believed that these two would probably offer the family look just like the S1 and S1 pro.

Ola Electric has made a statement that they are also planning to launch Electric Motorcycles for Indian Electric Two-wheeler Market. 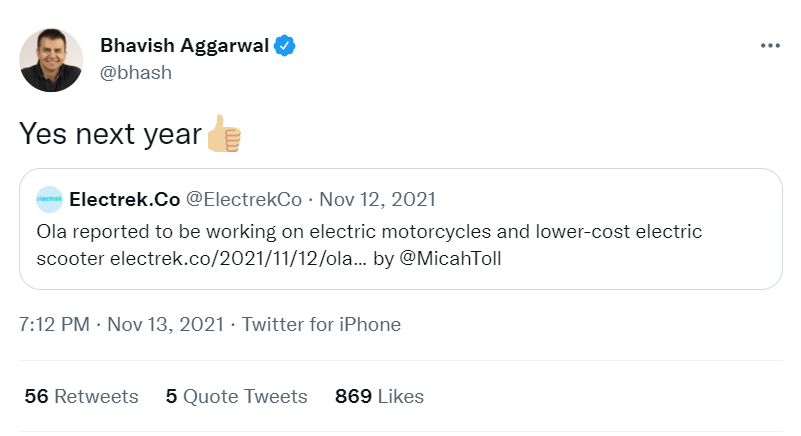 It’s yet unofficial as to when exactly would launch these electric motorcycles, however, the fact that there is still a huge demand for the already released S1 and S1 pro which the company is still unable to fulfill, its pretty much possible that the company will keep focusing on these two models for now and would launch the upcoming electric motorcycle and low price E-scooter when the demand to S1 and S1 pro is fulfilled.