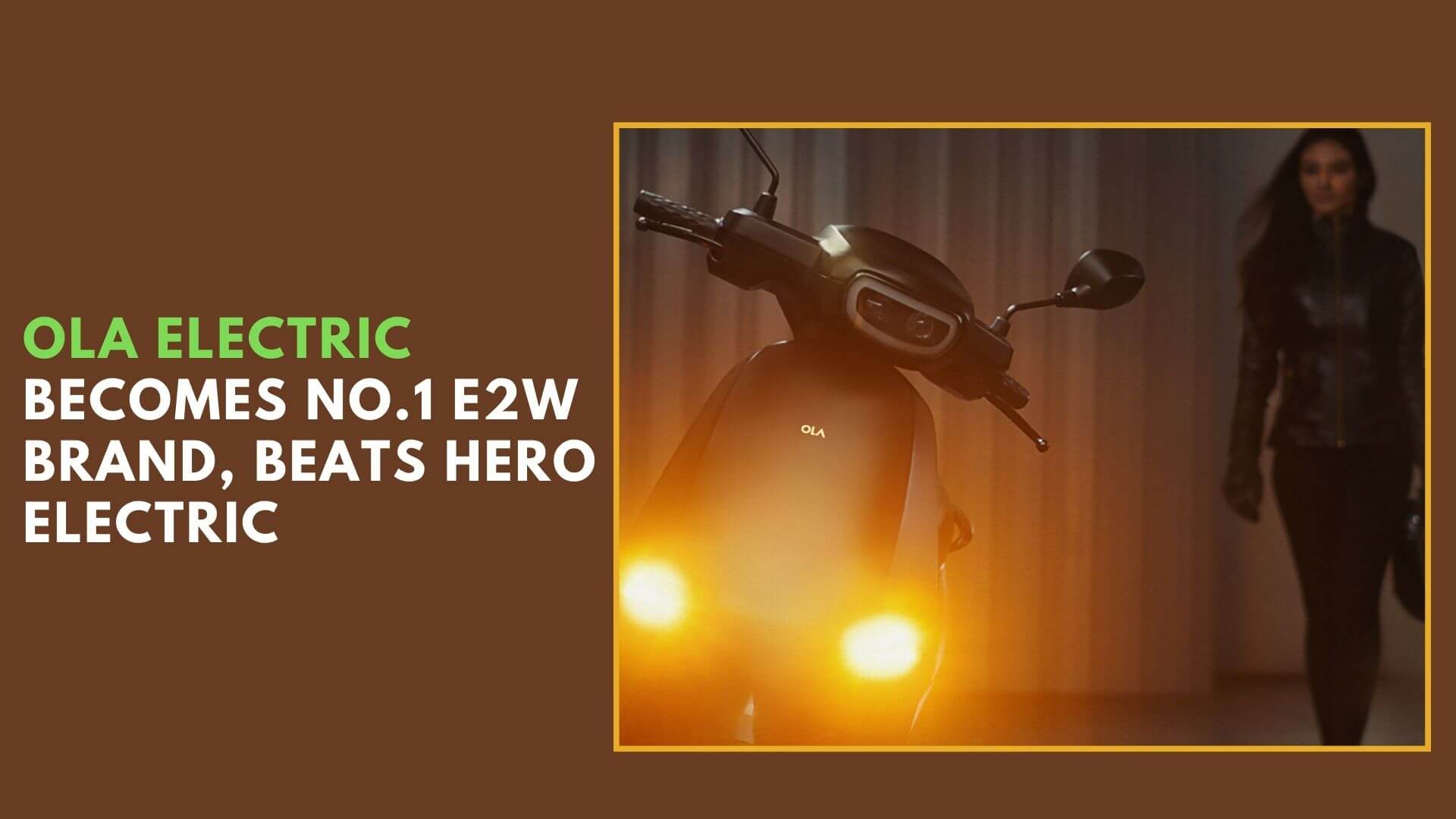 Ola Electric is one such company that recently suffered a lot due to its EV fire incidents but surprisingly Ola Electric has overtaken Hero Electric and reached the number one position in sales.

The company started its journey in December 2021 and has overtaken Hero Electric to reach the top of the Indian electric two-wheeler market in just five months’ time.

According to the data of the Vahan Portal of the Ministry of Road Transport and Highways, the company sold 12,683 units of electric scooters in the month of April and registered a growth of 39 m-o-m. with 10,000 e-scooters sold in March 2022 this year, Okinawa Autotech backed second place in the list.

On the other hand, we can see that Hero Electric has registered a 50% drop in sales in the month of April. Hero Electric sold 13,000 electric scooters in March 2022, making Hero Electric the number one in the market, but in April, the number dropped to 6570 units.

One of the reasons for this decline in sales is the shortage of semiconductors, which ultimately affects the overall sales of the company in the month of April. A similar decline is likely to continue in May and the semiconductor crisis is hurting the automobile supply chain.