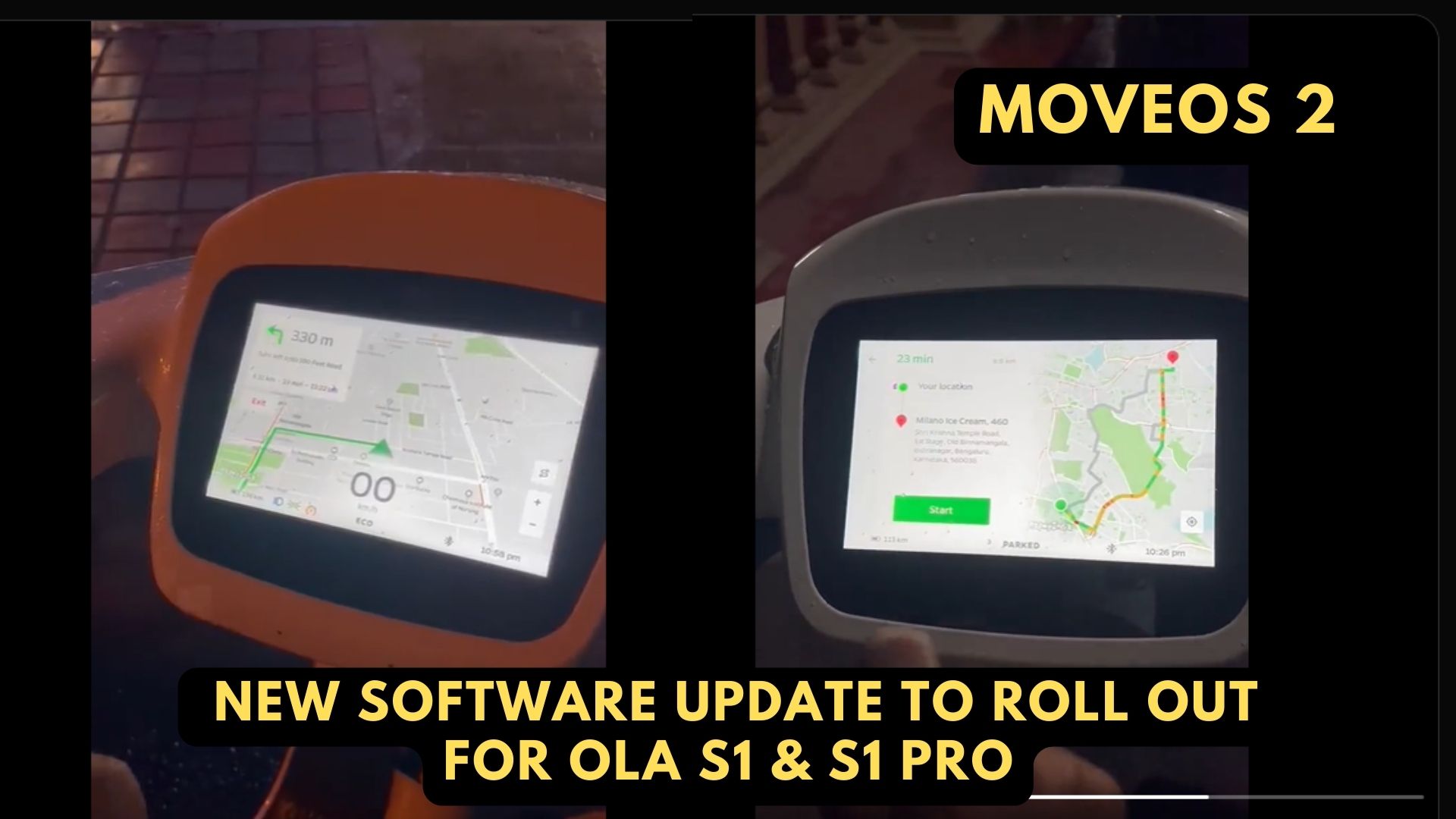 Ola Electric is at the final stage to roll out its first major MoveOS 2 OTA software update to add some of the previously highlighted features missing so far to its electric scooters S1 and S1 Pro.

This will be the first major over-the-air (OTA) update for the S1 and S1 Pro electric scooters after their launch in August last year. Some of the features that will be added include Bluetooth connectivity and navigation and a Music System Support.

Ola Electric CEO Bhavish Aggarwal on Monday shared a video of the updated software on an electric scooter.

Taking the wife out for some ice cream! Navigation on MoveOS 2 working great 👌🏼Coming very soon to all. pic.twitter.com/CUXh2mOQYQ

Further, He Wrote by asking the user ” Now headed back home! Can you guess all the new features in this video?!

Now headed back home! Can you guess all the new features in this video?! pic.twitter.com/2FDCXacXqi

The MoveOS 2 software showcased by Aggarwal is probably still in its beta format, but is in its final stages, the CEO said. The updated software is also likely to include features like cruise control on the electric scooter.