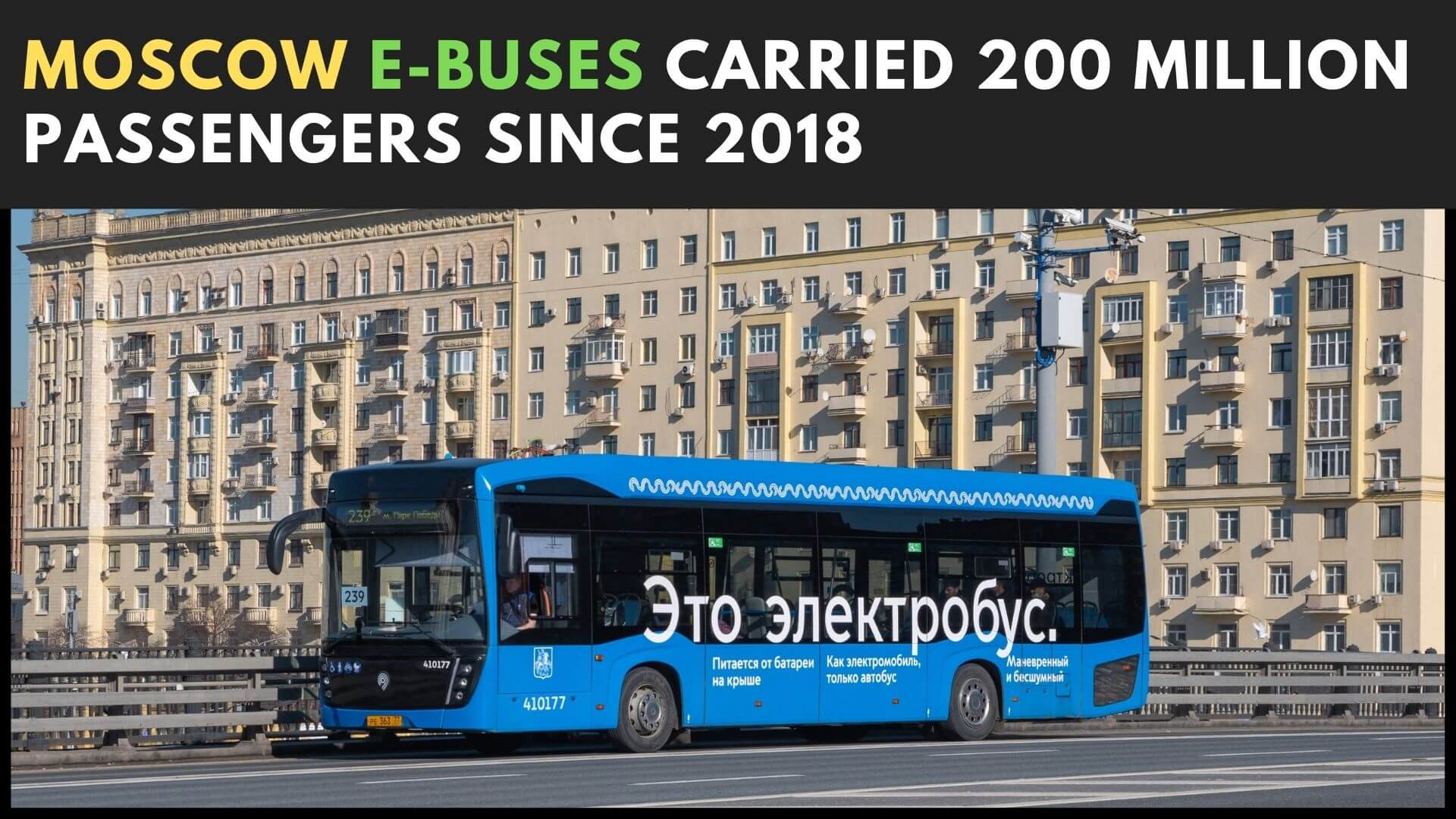 Electric buses were launched in Moscow just 3 years ago, in 2018. In the meantime, this innovative surface transport has proved its efficiency. Moscow electric buses carried 200 million people – more than the population of the Russian Federation.

The electric bus is an environmentally friendly form of urban transport. The transport has run more than 80 million kilometers without emitting harmful gases into the atmosphere. Replacing a diesel bus with the electric one reduces CO2 emissions by 60.7 tons per year. Besides, electric buses are 30% quieter than diesel ones, which contributes to the reduction of noise pollution in the city.

Today there are 1000 electric buses on 72 routes in Moscow. Each electric bus carries about 85 people. This transport is also convenient for passengers with disabilities: electric buses are provided with a low-floor, ramps, and accumulation areas.  Besides, electric buses are equipped with gadget chargers on handrails, climate control systems, and media screens. Moreover, they perfectly deal with temperature extremes. The temperature range of its work is from -40 to +40 degrees Celsius.

“On behalf of the Moscow Mayor Sergey Sobyanin, electric buses have started operating in Moscow in 2018. They immediately changed the idea of high-quality surface transport: modern, reliable, environmentally friendly, and silent — passengers highly appreciate Moscow electric buses. Since its launch, the eco-friendly buses have transported 200 million people. Moscow electric buses are made in Russia. They are produced by KAMAZ and GAZ Group. In addition, they are serviced under a life cycle contract, which means that the manufacturer undertakes to ensure that each electric bus has uninterrupted access to the line,” – said Maksim Liksutov, the Deputy Mayor of Moscow for Transport.

Moreover, every year Moscow 8500 buses and 1000 electric buses undertake special seasonal check-ups to make daily trips more convenient. The staff of the Moscow Department of Transport sets up climate control systems, switches transport onto the summer schedule, and carries out the cleaning of surface public transport and its infrastructure.

“As part of the Moscow Mayor Sergey Sobyanin’s instructions, we are actively preparing surface public transport for the summer period. Our specialists check all the buses and carry out general cleaning of the transport and infrastructure. One of the main goals is to check air conditioners along with the transport manufacturers so that spring and summer trips remain comfortable and convenient for the passengers,” – noted Maksim Liksutov, the Deputy Mayor of Moscow for Transport.