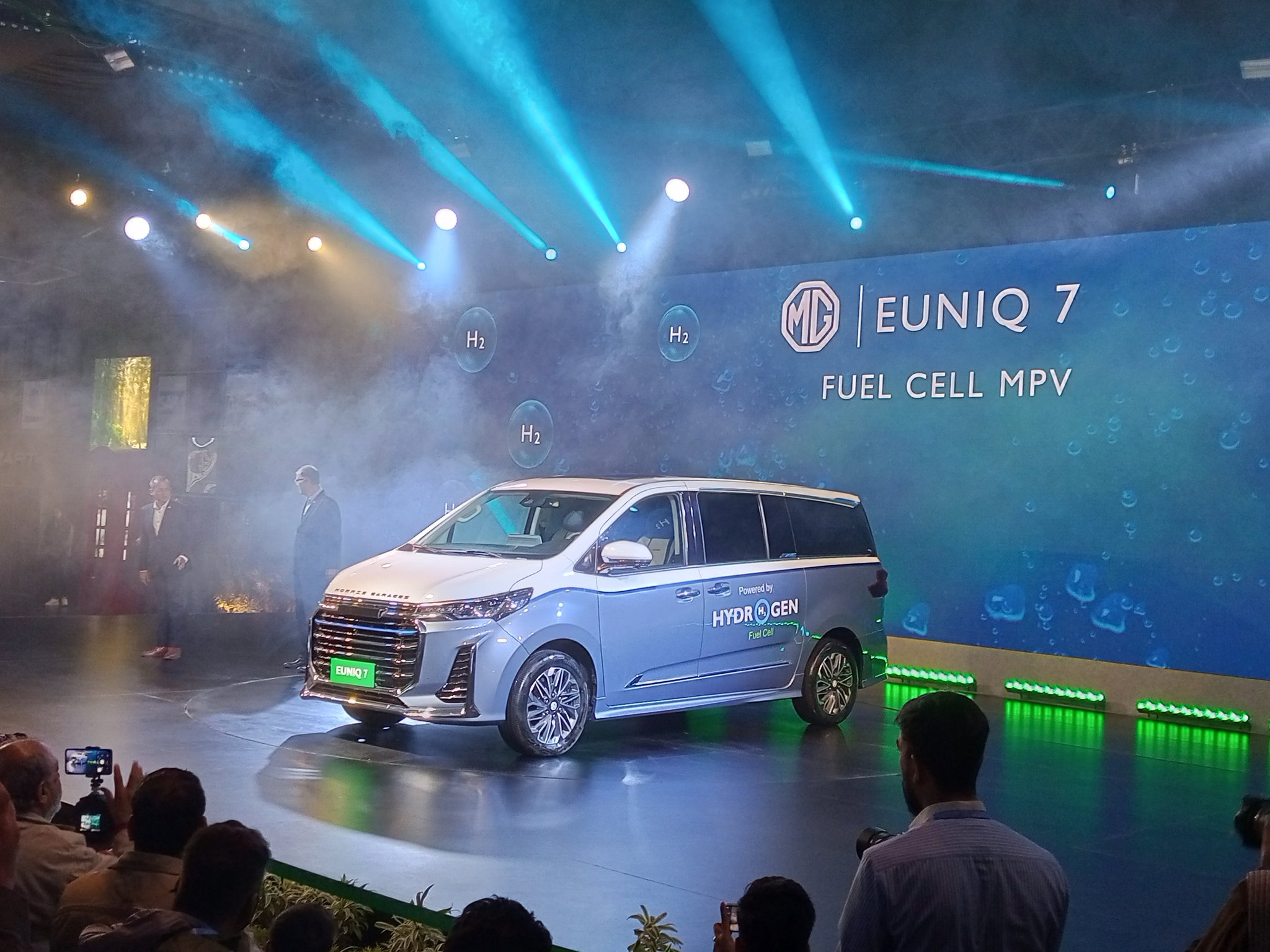 The Euniq 7 fuel cell MPV is the most intriguing vehicle unveiled at the MG Motor booth at Auto Expo 2023. In order to gauge public interest and assess their launch, MG displayed a variety of electrified vehicles at the Auto Expo, including plug-in hybrids, BEVs, and the Euniq 7 FCEV.

Although MG withheld information about specifications, the Euniq 7’s hydrogen fuel cell powertrain may produce a maximum of 201 horsepower same as on it’s international markets. The 6.4 kg hydrogen cylinder for the Euniq 7 can be quickly refilled, as well as MG claims the MPV has a range of up to 605 kilometres. The Euniq 7 solely emits water, as is the case with any FCEV.

The Euniq 7’s interior has a seven-seat configuration arrangement with individual captain seats in the middle row and a 2 plus 2 plus 3 configuration. It has a tiered dashboard with a free-standing touchscreen in the centre that looks rather luxurious. A huge panoramic sunroof, a digital instrument panel, and ADAS functions are among the other features.

It also has projector equipped, wrap-around LED headlights. The MPV measures about 2 metres in width and more than 5 metres in length overall. Electric sliding doors are installed on both sides, and the B-pillar serves to divide a sizable glass space. 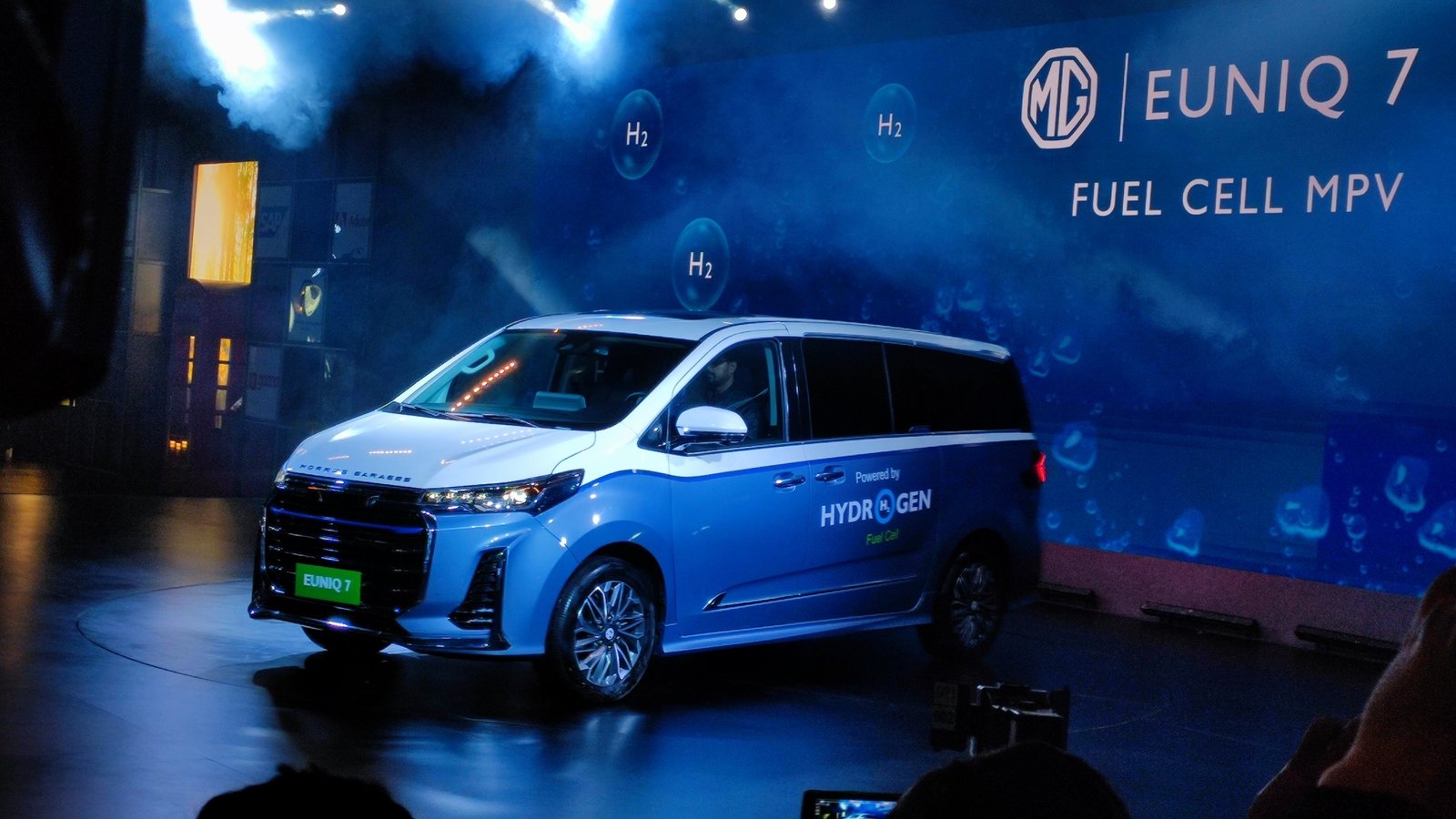 MG Motors is excited to present the top hydrogen fuel cell technology in the globe as the industry continues to investigate alternative fuel solutions.

The third-generation fuel cell technology used by the Euniq 7 has a peak power output of 125PS and is known as “PROME P390.” Like all hydrogen-powered electric vehicles, the Euniq 7 solely emits water. It only takes mere 3 minutes to refill this fuel cell.

Premium materials are used, including dual-tone perforated leather, the front seats have ventilation and memory features, the instrument cluster has a digital display, and a second, sizable display for the infotainment system is located in the centre.

It is the first Hyundai FCEV built on a specific architecture and as a result, it offers advantages like a better power-to-weight ratio, increased interior space, the relocation of the battery to the boot, an improved layout for the fuel cell system, quicker acceleration, and a lighter kerb weight overall, among others.

As of right now, MG hasn’t disclosed any intentions to introduce the Euniq 7 MPV in India and has brought the EV model here as an opportunity to showcase its powertrain innovations. 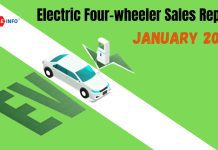 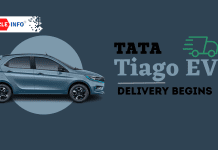 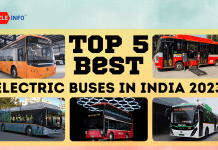