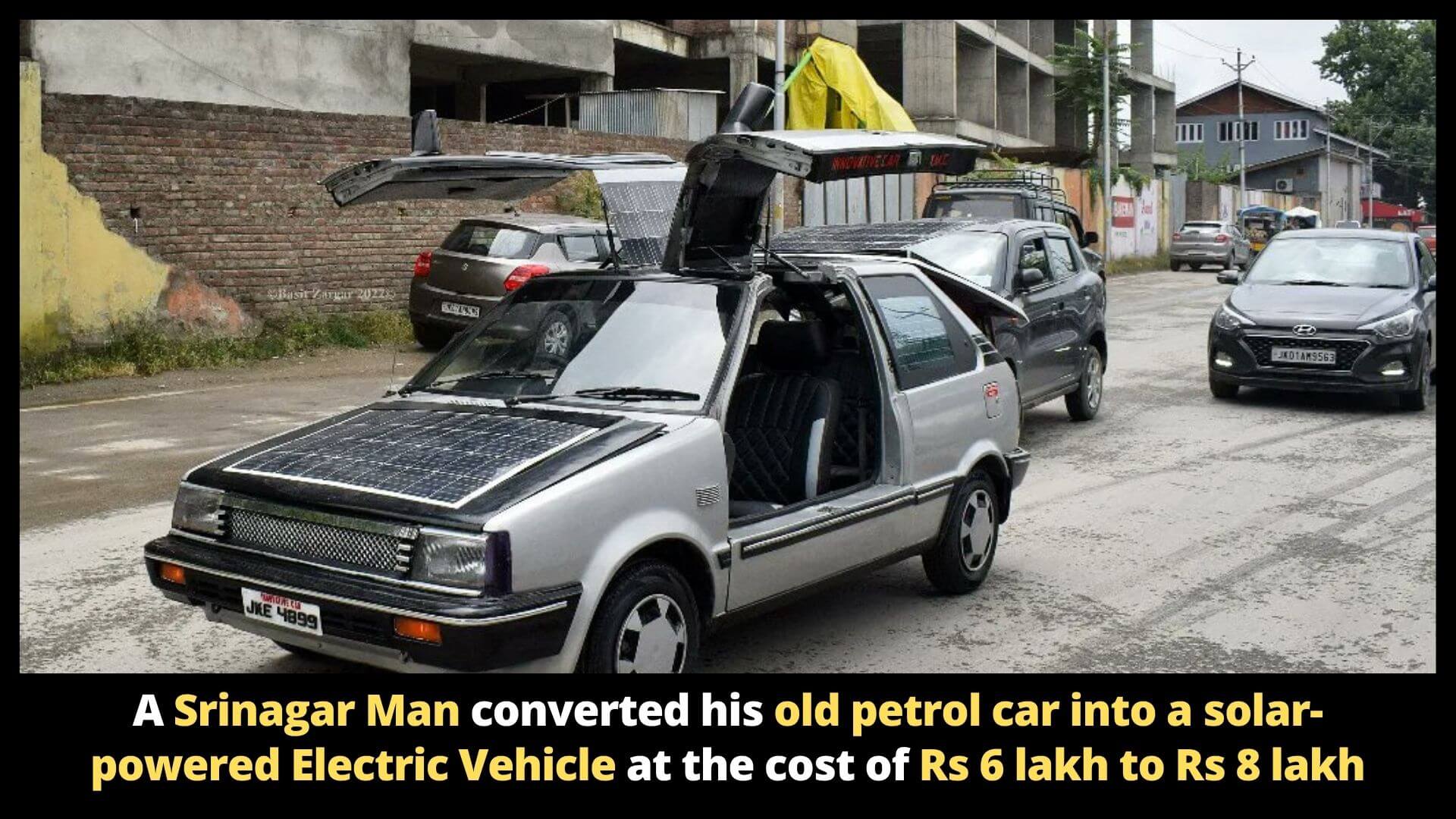 Bilal Ahmed, a 40-year-old math teacher from Srinagar, spent 13 years in his backyard trying to turn his ideas into reality. Bilal began learning more about cars when he studied cars in the 1950s.

Then with the help of the internet, they started making changes in the petrol car. And after 11 years, he finally fulfilled his dream, and to overcome the space constraint, they created a solar-powered automatic car with gullwing doors.

The Nissan Micra 1988 was one of the base models which they converted into an automatic car and then an electric car. He later supplemented the car with solar power.

“I liked the design and thought it was a good fit for this project. But connecting the gears to the motor in this car was one of the most difficult challenges for me,” Owner said to the Better india. 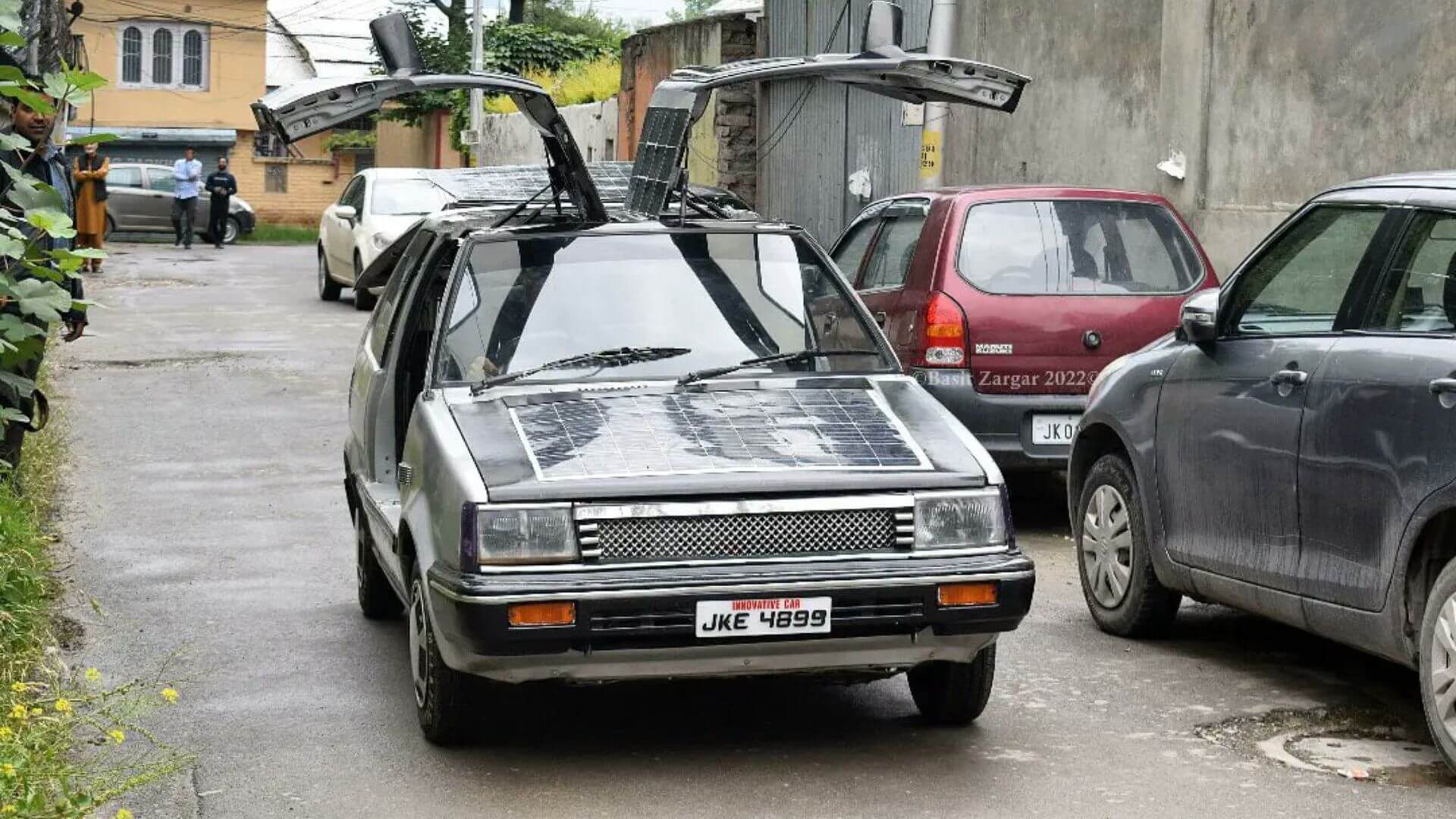 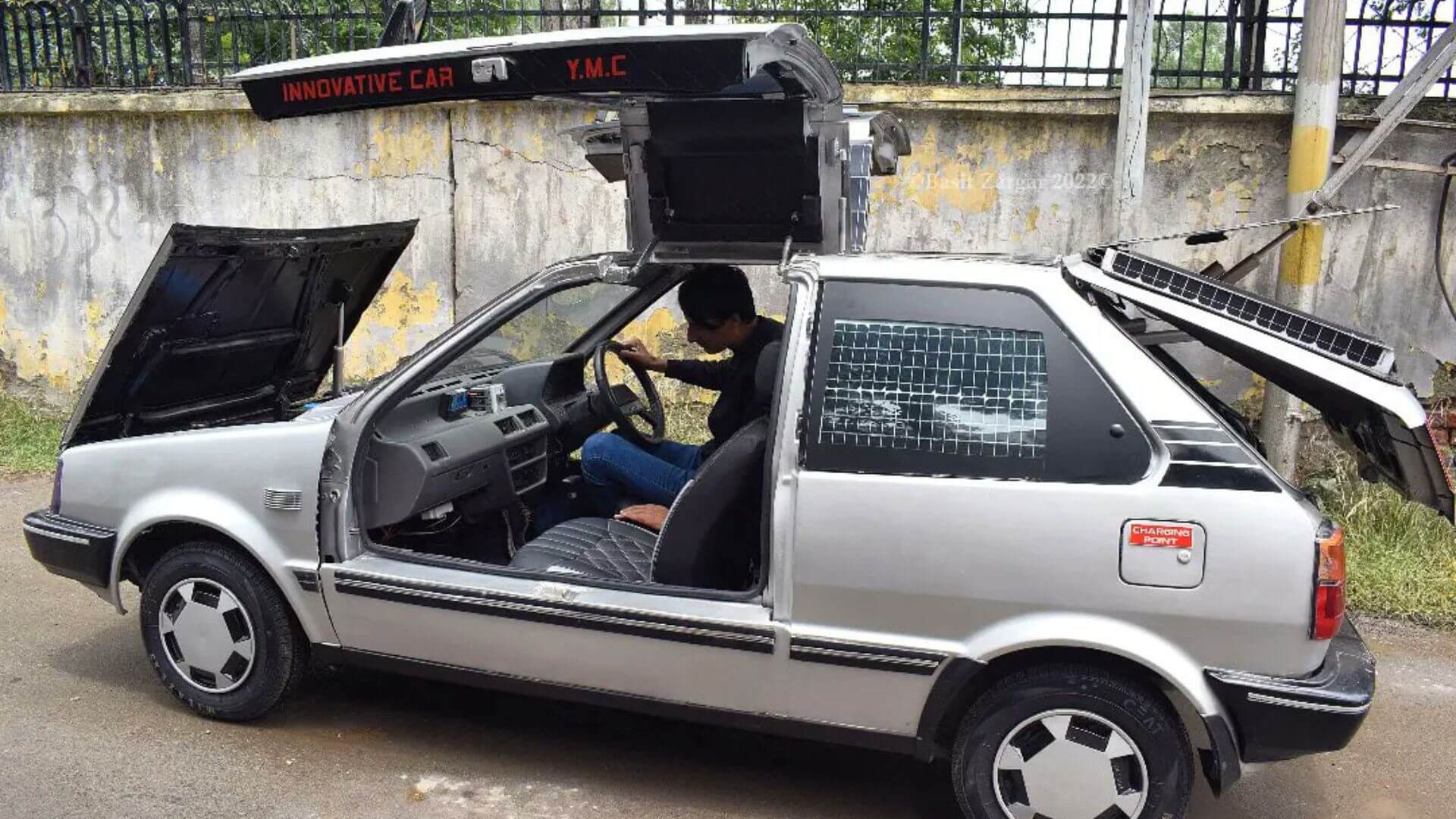 “Presently, the car is fuelled by a pack of six batteries supplying 72-volt power. I want to use Lithium-ion batteries with very high voltage output, as more power means more speed and efficiency in the engine,” says Bilal.

The Cost of the Conversion?

Bilal claims that his car is equipped with all the latest gadgets and is currently the cheapest among other cars in the segment available in the world. He claims to be able to make this car for Rs 6 lakh to Rs 8 lakhs provided he gets a platform to build this car.

Alternatively, it cost them Rs 15 lakh to build this car, as the cost increased due to constant replacement of equipment in search of skilled people.