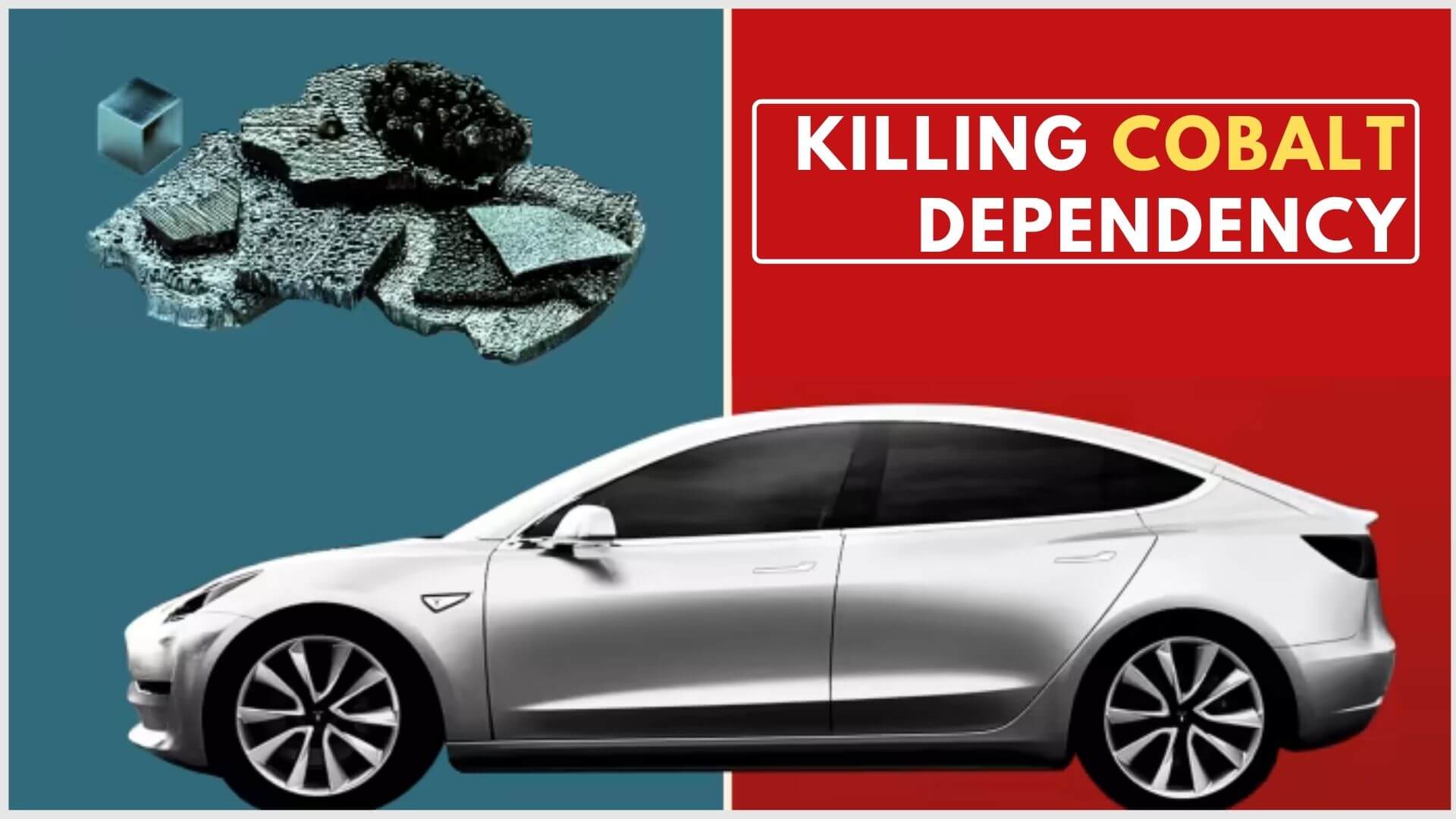 Batteries are one of the most common sources of power for today’s technology. From smartphones, tablets, and laptops to electric vehicles and larger energy storage devices, batteries are everywhere. The increasing majority of these batteries are lithium-ion batteries, which offer an ideal combination of relatively lightweight, good charge cycle performance, and energy density.

The major snag in the world of lithium-ion batteries is cobalt, which makes up a significant proportion of EV batteries – around 20 percent in most cases. While cobalt is a byproduct of the production of other metals, it is also mined, mostly in Australia, China, and the Democratic Republic of the Congo.

Such is the demand for cobalt that mining has accelerated to satisfy it, but even so, costs have risen substantially over the last few years, to above $50,000 per tonne at the latest prices. This coupled with the undeniable concerns about ethical practices in the Congo, has put cobalt high on the list of concerns for car manufacturers and electronics firms alike.

A further geopolitical complication is that China is particularly keen to become a leader in battery and EV technology, an aim that will undoubtedly squeeze raw cobalt supplies further soon.

These multiple challenges have convinced carmakers in particular that change is essential, and many have already taken steps to reduce cobalt reliance. Manganese-based batteries are a popular alternative, as are nickel-iron-aluminum or lithium-iron-phosphate cathodes.

Volkswagen recently announced that it will use high-manganese content batteries for some models and cobalt-free battery chemistry for entry-level vehicle models. Meanwhile, Tesla announced in September 2020 that the company would develop batteries that will be cobalt-free – current Tesla batteries contain less than five percent cobalt. Other manufacturers are taking a similar route – GM recently unveiled a new battery system that uses a massive 70 percent less cobalt than current batteries.

This situation is certainly not unique to EVs and li-Ion batteries – electronics manufacturers of all types are still grappling with a worldwide shortage of silicon, which has forced some creative solutions to be engineered. One with particularly sweeping impacts on everything from servers to phones, EVs to Switch Mode Power Supplies (SMPS) is the shift from silicon to silicon carbide and in some cases gallium nitride (GaN) in metal-oxide-semiconductor field-effect transistors (Mosfets) and insulated gate bipolar transistors (IGBTs).

Although costs for silicon carbide (SiC) devices are higher, they can in general operate at higher temperatures and frequencies, making batteries more efficient. This enables designers to lower system requirements across the board, design more efficient power supplies, and ultimately reduce costs as a result.

Not all strategies rely on phasing out cobalt entirely, of course. A recent deal involving mining firm Glencore and UK-gigafactory-builder Britishvolt focussed on ensuring a long-term supply of ethically produced, low-carbon cobalt.

Britishvolt’s planned gigafactory in Northumberland will eventually reach a total capacity of 30GWh per year by the end of 2027, a level that Britishvolt claims will be enough to supply 300,000 electric vehicles per year.

Meanwhile, Volvo has pledged to use blockchain technology to ensure that the source of cobalt that makes it through the supply chain to its lithium-ion batteries has been sourced responsibly. In addition, Volvo will begin to provide buyers with an average lifetime carbon footprint for new vehicles.

The future certainly holds plenty more batteries for us all – and especially for the EV industry, which is expected to field more than 145m vehicles on the road by 2030.

Between now and that date, some researchers believe that more than 12m tons of lithium-ion batteries will be retired from their original EV-powering task, hopefully, to be recycled or used in alternative storage applications.

That same Greenpeace research predicts that by 2030, global battery production lithium use will be 29.7 times higher than in 2018 and that from 2021 to 2030, battery production will spend 30% of the world’s proven cobalt reserves.

A multi-pronged approach will be required to diversify new battery chemistry, recycle and repurpose existing cells, and reduce the ethical concerns as much as possible. Cobalt is set to remain a key battleground for many years to come…