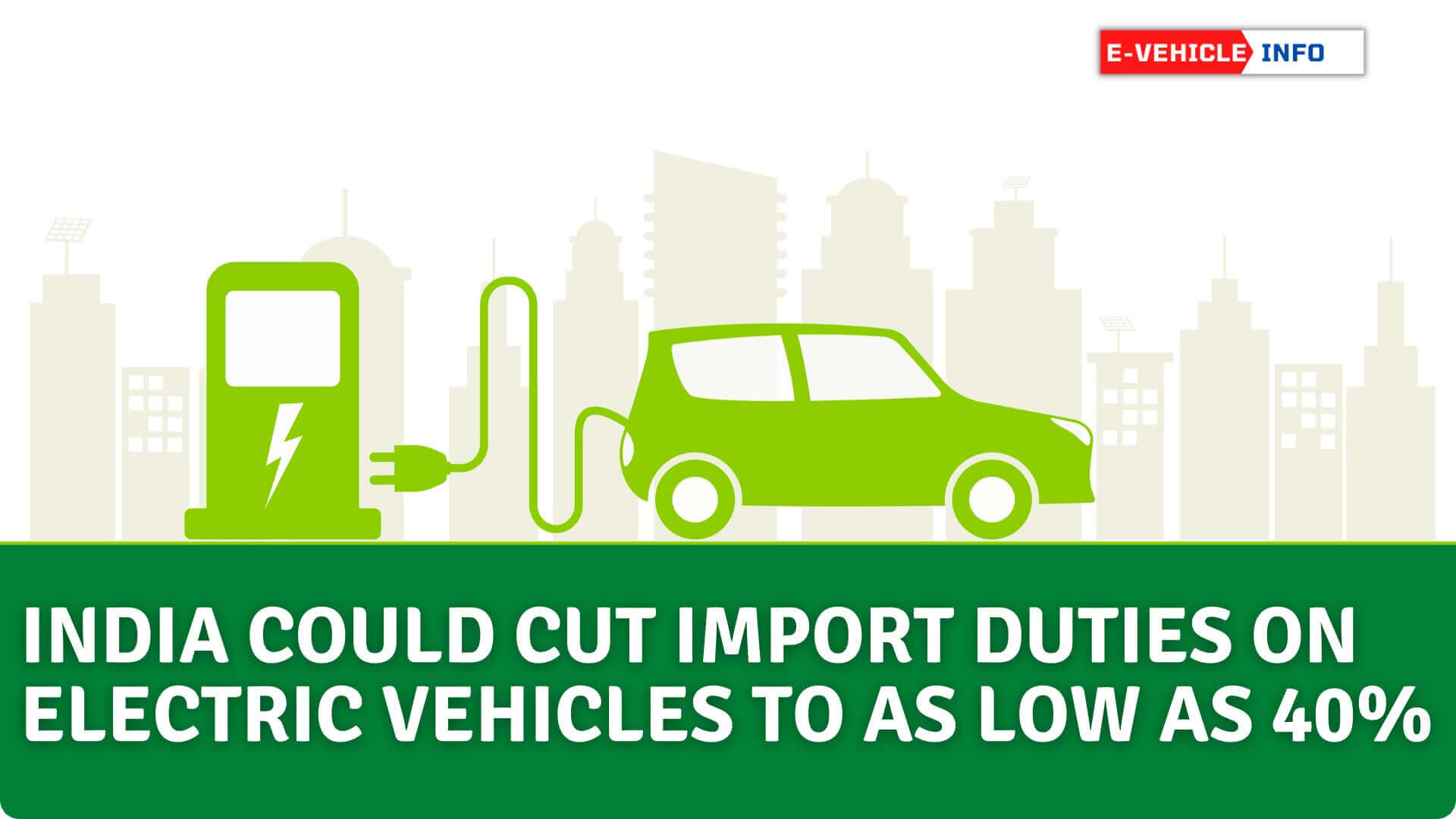 India may cut import duty on electric vehicles by up to 40 percent, a move that comes in the wake of Tesla‘s visit.

“We have not yet confirmed the reduction in duties, but discussions are on,” one of the officials said.

“Reducing import duty is not a problem as not many EVs are imported into the country. But we need some economic benefit out of it. We also have to balance the concerns of the domestic players,” a government official told Reuters.