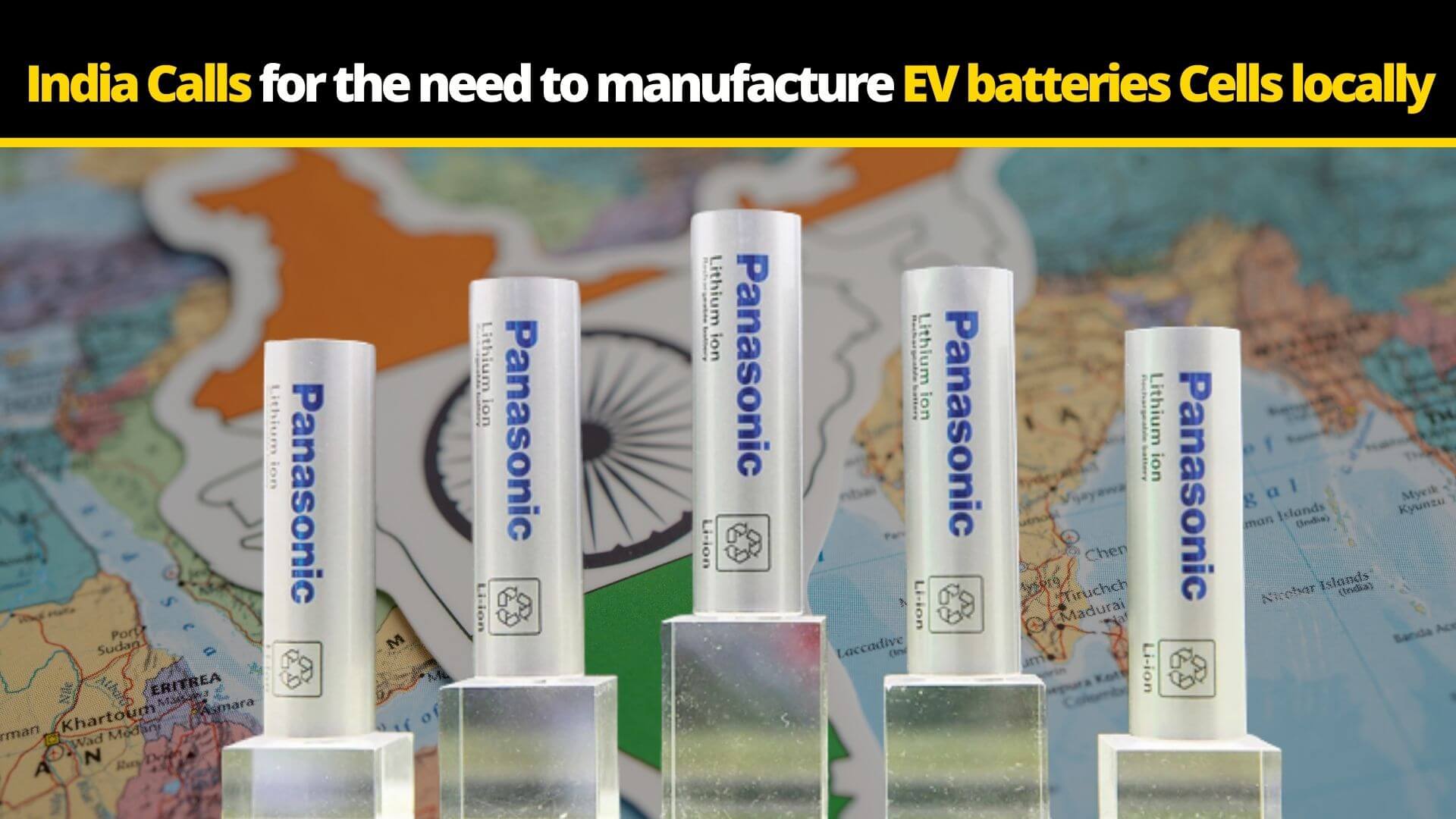 There are 12 lakh+ electric vehicles on the road in India but The disappointing fact is we aren’t manufacturing Lithium-Ion battery cells locally. here’s the article “India Calls for the need to manufacture EV batteries Cells locally”

Electric vehicles are on the rise in the global automotive market today with steady month-on-month sales growth.  In India, at present, there are 12 lakh+ electric vehicles on the road and in the next two years, this number will reach 40 lakhs. So, what is the reason for the huge success of electric vehicles?

There are many reasons for India’s inclination toward this latest technology, some of them are as follows:

Being the heart of EVs, the battery has both pros and cons over the conventional power source i.e., IC Engine. Net zero emissions, silent operation, high efficiency, etc., are visible on the brighter side whereas Low power density, decreased storage capacity after prolonged usage, sensitivity to the external environment, etc., can be seen if we look deep into this technology.

But the biggest hurdle for the Electric Vehicle industry is not manufacturing lithium-ion cells locally in India. Yes! we are mostly importing cells from China or the EU and assembling them in India.

Why does India need to focus on the production of Li-ion cells?

India imported 450.3 million units of Li-ion batteries worth $929.26 million (over INR 7,200 crore) in the April-November period of the financial year 2019-20. Union Minister Harsh Vardhan informed the Lok Sabha in February 2020.

In India, there are around 250+ new EV startups that are continuously working on electric vehicle technology.

From small startups to big players in the electric vehicle market, every company is investing in battery development to bring more and more electric vehicles to Indian roads. It is clear that throughout the years, the power density graph of batteries has been steadily increasing.

If clicked, electric vehicles could act as a savior, freeing India from its burdened oil imports and giving it partial independent status in geopolitical situations. Everyone is thinking the same and not paying attention to one thing… that is, we are not even manufacturing batteries in India.

This is because most of them, almost all the companies that are manufacturing EVs in India, are importing cells from China or the EU and assembling them here. Again, keeping India in a dependent position. Similar to importing fuel and manufacturing fuel tanks.

The cells which have not developed given the Indian climatic conditions are struggling to survive on our roads.

This is also one of the Big reasons for EVs catching fire in India.

NITI Aayog member and scientist VK Saraswat has said that imported battery cells for electric vehicles may not be suitable for the country and stressed the need for local manufacturing of the cells.

“Battery technology is an emerging technology. India does not manufacture battery cells at this point in time…we should set up our own cell manufacturing plant at the earliest. We should make sure that all the cells we make are high-temperature resistant. Be suitable for Indian conditions,” Saraswat told PTI.

What is a Battery Cell? How is it different from a battery

A cell is an electrochemical circuit that makes up the basic unit of a battery. whereas “A battery is a combination of cells, connected either in series or parallel depending on the amperage and voltage output requirements. “

Why is India not manufacturing battery cells locally?

A question may arise here that-

Why do we need so many cells in an EV battery? Why can’t we just make single-cell batteries?

The lithium cells used in EV batteries are a bit over 3.6v per cell. Now you can ‘in theory’ use a single cell- it’s ‘possible’- but not very practical. Why ???

Let’s look at the power laws, derived from Ohms LaW

P=VxI (P is power in watts, V is voltage, and I is current in amps).

It’s huge—and so are the cables needed to carry it.

A company called ‘Log9 Materials’ has come forward to manufacture cells locally with their innovative material selection and sourcing.

LTO offers longer life and rapid charging whereas LFP has an upper hand on cost  efficiency and durability. A combination of these two can fill the void for the  perfect battery in an EV battery.

But where this company is going to get the Lithium from?

Log9 is procuring the material from a company named ‘Metastable’ pioneering in Lithium recycling process that enables more than 90% recovery of material from  Li-ion cells.

A big step toward self-reliance, answering the inadequate Lithium reserves.

On the other hand, Sodium-ion batteries are emerging as a viable alternative to lithium-ion technology. Industrial giants CATL and Reliance Industries, following  the acquisition of UK-based sodium-ion specialist Faradion, are bent on bringing  the technology out of the lab and into mass production.

Sodium-ion batteries offer superior environmental benefits and are available at much cheaper prices compared to their Lithium counterparts. The availability of  abundant sodium resources will also contribute to its generalization.

The hope is that these technologies will pave the way for in-house manufacturing, and allow more companies to innovate and develop locally manufactured battery cells that can sustain India’s diverse drive cycles and climatic conditions.